FDA enforcement stats and your job

Your boss pops his head over your cubicle wall.

“Yo hey Hugh,” he says to you, “We’re doing budgets for the coming year. Should we spend more on this line item ‘regulatory compliance?’

“Well,” you explain, “as a food, drug, device, and cosmetic manufacturer, we are regulated by FDA...”

“Well, fine, but right now we’re looking for ways to cut expenses anywhere we can. Do we need to spend so much on all this cleaning and sanitizing and training and records?”

“You better give some good reasons.”

“Sure, sit down. You see, boss, the perception far and wide has been that the Obama Administration has stepped up FDA enforcement activities, and now the figures for fiscal 2010 prove it. The big court-based actions—seizures, injunctions, and prosecutions—are still in the handful range, 10 seizures, 17 injunctions last year. But Warning Letters, they were up to 673 in 2010, up from 445 in fiscal 2008 and 474 in fiscal 2009.”

“What’s a Warning Letter and why do I care?”

“Well, Warning Letters are one of the most common enforcement actions FDA takes. They often follow inspections where FDA found what they think are violations in a food, drug, device, cosmetic or other type of plant, and they send the Warning Letter if they think what they found is serious. Warning Letters have no teeth on their own, but they tell the company to shape up or face the big stuff: seizures or injunctions, or even prosecutions. Most of the time, the letters induce companies to shape up. The really bad guys and companies who won’t shape up, they face the big stuff, even criminal investigations sometimes, but it’s the Warning Letters that tell the best story about how tough FDA is being.

“FDA’s statistics don’t report the same things every year, so it’s hard to make all the comparisons you’d want to. So for example this year they reported detailed info about recalled products, which is interesting but hard to interpret. They say there were 3,799 ‘recall events,’ affecting 9,361 different products. Recalls are voluntary, remember, except in rare cases, though often are done under pressure from FDA. You can’t tell from the stats how many recalls are really voluntary and how many were based on FDA pressure.

“Also, FDA didn’t include its numbers of inspections as it had in past years’ reports, and that figure is a good measure of its general level of aggression, too. It’s generally understood, though, that inspections are now up regarding food especially, and there will be even more of them if funding comes through for the new food safety law that provides for increased food safety inspections.

“What’s odd about the numbers is that 21 of those Warning Letters last year were tobacco violations—remember Congress recently gave FDA the power to regulate tobacco, too?—to retailers who sold cigarettes to minors and such. With all FDA has to do...I’m just saying.”

“Man, Hugh, you are so good at this stuff. With all these budget cuts, I will tell you one thing: YOU are keeping your job. You’re too knowledgeable and valuable. How do you know all this?”

You smile confidently and tell him, “I read Packaging World.” 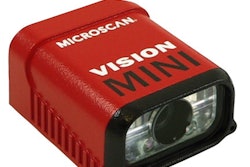 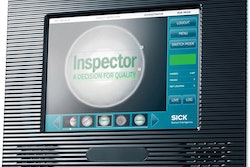 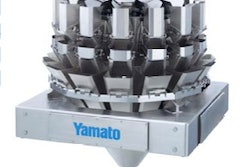 Yamato teams up with Key Technology