Coke and Heinz to sponsor BioPlastek 2011

The Coca-Cola Company and H.J. Heinz Company have announced that they are sponsoring the BioPlastek 2011 Forum on Bioplastics Today and Tomorrow; this event will take place on June 27-29, 2011 at The Waldorf-Astoria in New York City.

The sponsorship underscores the importance both companies attach to their landmark strategic partnership and why there is a need for collaboration between giants to transform the way CPG industries drive change. Both companies plan to use the Forum as the platform to raise awareness of the eco-benefits of launching iconic brands in the PlantBottle™ developed by Coca-Cola.

Heinz recently announced the adoption of Coca-Cola’s PlantBottle technology for its iconic ketchup starting in July.  Around the same time, Coca-Cola stated that it planned to switch its highly successful single-serve Dasani® bottled water to the PlantBottle.  Coke will use the occasion of the BioPlastek 2011 Forum to formally announce the national rollout of its Dasani bottled water in PlantBottles.

Both companies recognized that hearing about these developments would not be the same as experiencing them first-hand.  At the BioPlastek 2011 Forum’s welcoming reception on June 27th and luncheon on June 28th, co-hosted by H.J. Heinz and Coca-Cola, attendees will have the opportunity to actually use the new plant-based bottles both in food preparation and beverage refreshment.

In his keynote presentation at the BioPlastek 2011 Forum, Dr. Michael Okoroafor, Heinz’s VP, Packaging R&D & Innovation, will explain why the company’s flagship ketchup brand is being switched to the PlantBottle, what other potential packaging applications he envisions for plant-based PET, and what the market is likely to see next. 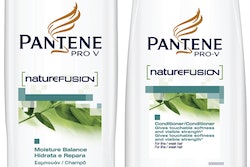 What's next in packaging?