How to vouch for products from here or there

This column is being written on the 17th anniversary of the horrific attacks of September 11, 2001.

The human toll of that day is what we should continue to remember most. The attacks also led, however, to important changes in law and policy that remain with us to this day.

The changes in law included a series of new requirements placed on food companies, including the requirement for facility registration. (Reminder: You have to renew that registration before December 31 of each even-numbered year.)

The attacks also led to a new emphasis on developing and maintaining active relationships with trading partners, especially for products that are imported. In government and industry recommendations for best practices, it was recognized that the growing realm of imported foods presented the potential risk that terrorists would introduce poisons into the U.S. by means of contaminated goods.

One important way to lower that risk, it was widely said, was to know your seller and develop more of an ongoing partnership rather than making a one-off purchase decision.

It’s the kind of practice that many companies, especially those with lots of resources, had had in place already. But the attacks inspired a new emphasis on ideas like taking active steps to confirm your supplier’s compliance with law and safety requirements rather than taking their word for it. The steps were aimed at reducing the risk of the introduction of poisoned or tampered foods or food ingredients.

In today’s world, in which food companies must comply with the 2011 Food Safety Modernization Act’s requirements for foreign supplier compliance verification, and in which extensive product stewardship documentation is routinely exchanged, it’s hard to imagine a time when these kinds of active measures weren’t part of the picture.

Companies and governments now recognize that the increasingly international trade in foods, and in food packaging, requires that some measure of assurance flows along with the products.

Also, thanks to FSMA, FDA has recently started helping importers via the Voluntary Qualified Importer Program (VQIP), which FDA says is a “voluntary, fee-based program that allows participating importers to import their food products to the United States with greater speed and predictability by avoiding unexpected delays at the point of entry.”

“FDA will expedite import entry into the United States for all foods included in an approved VQIP application,” using its “Predictive Risk-based Evaluation for Dynamic Import Compliance Targeting (PREDICT) import screening tool to recognize shipments of food that are part of an approved VQIP application” and release them immediately in most cases. If FDA does sample and test that food, it says it will process the lab work faster. Companies will have to pay user fees.

Those practices enhanced diligence as to imports, what about exports from the U.S.?

Well, as it happens, FDA has long been in the habit of providing documentation confirming the compliance of products it regulates to help U.S. companies’ products be accepted for sale by governments overseas. FSMA changed the types of certifications that FDA would issue for foods, adding foods to the list of FDA-regulated product types that it certifies as meeting U.S. legal requirements (which had already included drugs, animal drugs, and devices).

Starting on October 1, FDA started to issue new types of certifications for foods, and charges fees for them. FDA explains, “The ‘Certificate to a Foreign Government’ will be available for products that meet the applicable requirements of the Food, Drug, and Cosmetic (FD&C) Act and will certify that a product (or products) may be marketed in and legally exported from the United States,” and “The ‘Certificate of Exportability’ will be available for export-only products and will certify that a product (or products) meet(s) the requirements of section 801(e)(1) of the FD&C Act and may be legally exported.”

Thus, the U.S. government will confirm either that the product meets the applicable requirements of the FD&C Act for sale in the U.S., or that it comports with these several criteria: that it meets the foreign purchaser’s specifications, doesn’t conflict with the laws of the country to which it’s being exported, is labeled on its outer container as being intended for export, and isn’t sold or offered for sale domestically.

FDA makes clear that the kinds of products the new certificates could cover include food contact substances and Generally Recognized as Safe (GRAS) ingredients, along with produce, grains, processed foods and other food additives.

FDA used to issue a “Certificate of Export” for a food contact substance or other food additive, or for seafood, as well as a slightly different certificate called a “Certificate of Free Sale” for other foods. (And these new certificates won’t include some food types, specifically, dietary supplements, infant formula, medical foods, and foods for special dietary use. The agency says it will continue to issue Certificates of Free Sale for some of those product types—dietary supplements, medical foods, and foods for special dietary use—without charge.)

Some of the details of what the new certifications will actually contain are still being worked out, but FDA says it will provide additional clarity before the October 1 deadline. One of its key goals to make sure that its certifications meet the needs of U.S. companies that are being asked for different types of information by foreign governments.

The guess here is that anytime a government agency’s actions can smooth commerce rather than burden it, it’s a welcome development.

Hear Eric Greenberg’s podcast of this month’s column at pwgo.to/3791. 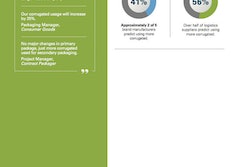 Think inside the box 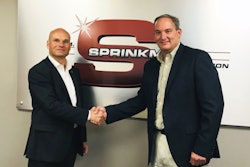 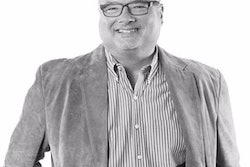 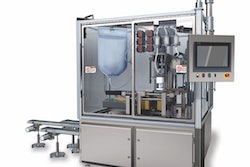