There are so many surprising, fascinating aspects of the rapidly disintegrating illegality of marijuana in America.

It’s a wholesale change in what’s legally accepted behavior for adults, bringing a complex subculture out of the shadows and causing immediate tension between those who celebrate a victory for personal freedom and the forces who’d rather people didn’t use their freedom for self-intoxication. For regulatory and public policy geeks, such as I, what’s most fascinating about the whole trend is that the new legal status presents an unprecedented challenge for regulators.

Like many folks, my attention was drawn to this issue when a New York Times columnist named Maureen Dowd wrote a column a few weeks ago about how she went to Colorado, ate too much of a pot-infused chocolate bar, and had to stay in bed for 8 hours in what she described as a significantly unpleasant condition. Of all the interesting comments she offered about her experience, one jumped out at me: that a Colorado government task force was taking a closer look at how best to package and label marijuana-containing foods, in order to avoid adverse experiences like hers, or worse.

Turns out, Colorado has already got a variety of regulatory requirements in place for smokeable marijuana, edible foods containing marijuana, and marijuana oil, legal sales of which the state allowed beginning on January 1. (Medical marijuana products are still legal in Colorado, and had been for some years, and are still sold in separate channels.)

Colorado requires that retail marijuana products like that chocolate bar need to be individually packaged and labeled with specified information, including the name and graphic symbol of the retailer, a “universal symbol” adopted by the state that indicates the product contains marijuana, license numbers of the spot where it was grown and the place where it was made, batch number, a statement about whether the package is child-resistant, clear usage instructions, a list of ingredients, a statement about whether it needs to be refrigerated, an expiration date, and a series of warning statements. Among the required warnings are that “There may be health risks associated with the consumption of this product,” that it’s unlawful outside of Colorado, that it’s for those 21 and older and to keep it out of the reach of children, and that it could take two or more hours for the product’s effects to appear. And this: “The standardized serving size for this product includes no more than ten milligrams of active THC.”

If that serving size notification was on the chocolate bar that Maureen Dowd ate, she didn’t see it or didn’t heed it, because she apparently ingested lots more than 10 mg of THC, way more than someone who was “not a regular marijuana smoker,” as she described herself, should have had. A columnist in the Denver Post, Vincent Carroll, then scolded her soundly a week later for making the state sound like it wasn’t already regulating carefully, pointing out that the state required the label to mention the 10-mg serving size and contain a warning that the effects could take a couple of hours to appear.

Concerned about reports such as that of Ms. Dowd’s experience, and, more ominously, two fatal events reportedly associated with excessive pot ingestion, regulators in Colorado are taking a closer look at pot-containing food products. The state’s governor asked a task force to look at whether packaging and labeling could help make edible marijuana products safer.

At this point, they are listening to any and all suggestions and will develop some recommendations. They might come back with recommendations for stronger or more prominent warning statements. One idea being floated is what is something called ‘unit dose’ packaging, that is, requiring individually wrapped serving sizes each delivering 10 milligrams of THC.

Longtime readers know that I am fond of pointing out that packaging design, and labeling content, are both central contributors to making products safe. A product’s safety is a function of a combination of its chemistry and physical condition with its packaging and labeling. With these products, it’s a matter of charting new territory. Newly legal products such as these marijuana edibles present new legal challenges, as it’s not immediately clear what packaging and labeling are called for to assure the safety of products that haven’t been sold legally in the U.S. before.

One can’t miss the irony of the fact that as FDA is currently noodling over proposed changes to food label serving sizes so as to better match nutrition information on the label with realistic serving sizes, Colorado struggles with how to convey and properly warn the unwary about a “serving” of marijuana in a food product containing the drug.

It’s an interesting adventure for regulators and enthusiasts right now, but it won’t be too many years before smokeable and edible marijuana will take their place alongside other consumer products—used by some, shunned by others, but either way, inevitably, regulated. 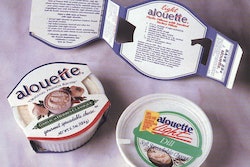 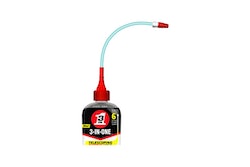 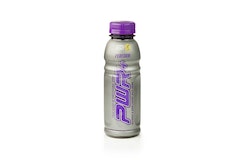 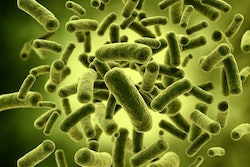