This month I spotted an error in the respected Wiley Encyclopedia of Packaging that's of 'historical' proportions, in a manner of speaking. 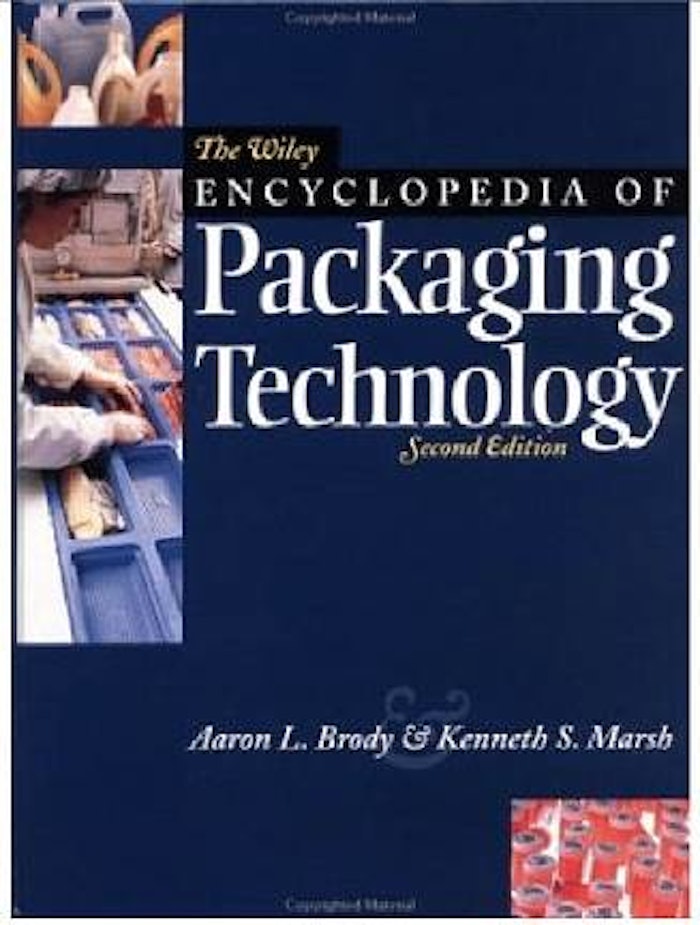 January's column on BlastWrap had me pondering connections between the military and packaging. Of course meals, ready-to-eat (MREs) come instantly to mind, but are there others? My mind wandered to one of few historical packaging-related facts that I can recall: That Napoleon (Bonaparte, not Dynamite) was somehow involved in introducing canned foods.

The best way to find that out was to reach for the hallmark of packaging knowledge, the indispensable and respected Wiley Encyclopedia of Packaging Technology. Mine is the second edition, 1997.

Wiley has a place on my bookshelf and in my heart. When I started in packaging journalism some years ago it was suggested by one of the magazine's editors that I read Wiley in my spare time. Which I did, as much a thirst for knowledge and the call of duty as fear of a pop quiz from my "teacher." Funny how my spare time quickly dwindled after that, though I have perused its indispensable pages from time to time. As of late February 2006, I have yet to put a sizable dent into its voluminous 1꯷ pages. Maybe I'll wait for the third edition. For me, Wiley is also a reminder of a career change, when I switched from food research and development to trade publishing. It has worked out pretty well.

Now, about that error: Although it took me years to find it, there it is on page 144, in the "cans, steel" section, right in the very first sentence: "In 1975, France was not only involved in a revolution, but was also at war with several hostile European nations."

I've always been moderately mediocre in history, but I'm confident that while things could have been a bit rocky in France in 1975, the country was not in the midst of another revolution. That's one of those few years I can readily recall with certainty since it was my senior year of high school.

Missing a date by 200 years is like being off one mil in a 2-mil structure—a miss is as good as a mil. However, errors like this in Wiley are the worse kind because you don't even have to be a packaging expert to spot it. Plus, there's the fact that print publishing errors are not easily correctable, unlike Web publication, except through a later note of "correction." Although Wiley's boo-boo has all the characteristics of being a mere typo—a 9 instead of a 7—it's a mistake my boss would likely label as "egregious." Judging by his tone when he first sprung that word on me, I knew immediately that egregious wasn't a good thing.

I can sympathize with the miscue, heaven knows I've made plenty. I once tried to get fancy in a headline about a trio of Russian packaging developments and referred to them as a "trioka" of innovation. As those other than my editor and I knew, the word is properly spelled troika. We found that out after publication. Now that's an egregious error.

According to the otherwise reliable Wiley, Nicholas Appert was awarded a prize of 12ꯠ francs by Napoleon in response to a challenge to develop a method of preserving foods. This, and the rest of the story, is history (literally), or as Wiley succinctly states, "Thus, the forerunners of modern food packages were created." Appert's processing breakthrough led directly to the invention of canned foods, in 1810 by Peter Durand, an Englishman.

I wonder what Napoleon thought about an Englishman finishing the job?