To read FDA, see numbers, sure, but also new commissioner

If you want to gauge what’s up, and upcoming, at FDA, looking at its 2016 enforcement statistics gives an even more incomplete picture than usual.

The more important indicator might well be FDA’s new, experienced commissioner, who comes complete with a briefcase full of detailed goals.

Every year, I look at the FDA’s enforcement statistics, and when I do, my mind wanders to ponderous topics like public policy and regulatory philosophy. That’s because FDA doesn’t have the resources it needs to regularly inspect all the food, drug, medical device, biological product, cosmetic, animal food, animal drug, radiological product, or tobacco companies it oversees, much less take enforcement action when violations are found.

Still, most companies make a good faith effort to comply. Also, private certification bodies play an important role in so many industries that companies hustle to keep them happy and in doing that are making sure they largely comply with regulatory requirements.

FDA has to constantly reevaluate its approaches to using its relatively limited resources to oversee some huge and complex industries located worldwide. FDA uses inspections as a common first step in oversight and enforcement, and all things considered it doesn’t inspect that many of the regulated businesses in any given year.

FDA inspections worldwide in fiscal 2016 were down slightly, to a total of 14,865 from a total of 15,914 the year before. From any perspective, these numbers represent a small fraction of the number of the regulated businesses.

New FDA commissioner, Dr. Scott Gottlieb, said in a recent statement, “’there’s probably no single intervention,…that can have as profound an impact on reducing illness and death from disease as our ability to increase the rate of decline in smoking.” FDA’s power over tobacco is only 8 years old, though, so as legitimate as the goal may be, these actions seem like a distraction from FDA’s traditional roles.

Those FDA stats on inspections and enforcement haven’t changed dramatically in many years, maybe decades. Nevertheless, apart from the enforcement stats, there are reasons to expect that FDA’s future will not remain static. First, because the agency is implementing some new Congressional powers and mandates (including 2011’s Food Safety Modernization Act), and second, because of that new commissioner, who took office in May. Dr. Scott Gottlieb served as a senior advisor to FDA commissioner Mark McClellan, and as a deputy commissioner. He was then a partner in a venture capital firm for about 10 years.

He spent time as a practicing physician, and has advised government bodies on “quality improvement and the agency’s coverage process, particularly as it related to new medical technologies,” according to his FDA bio, and helped advise the government on healthcare information technology. Themes like efficiency and technology are consistent with those in the recently passed 21st Century Cures Act.

Gottlieb is planning soon to unveil an “Innovation Initiative” that is, he wrote, “aimed at making sure our regulatory processes are modern and efficient, so that safe and effective new technologies can reach patients in a timely fashion.”

As heavily regulated as new drugs are, one feature of drugs that FDA doesn’t regulate, at least directly, is sale price. But commissioner Gottlieb has noted that FDA can have an important indirect effect on prices when it approves generic versions of drugs. More generic alternatives mean “more low cost alternatives,” more competition, and more options for consumers, he has noted. He has initiated a “Drug Competition Action Plan,” starting with a public meeting to gain input.

In sum, the FDA’s activities could soon be significantly different, with an easier road ahead for industry and better results for consumers, even if the changes won’t be reflected in enforcement statistics.

To see more FDA charts like the one in this column, go to pwgo.to/2999. 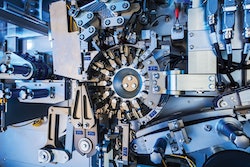 New and notable at interpack 2017 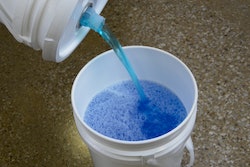 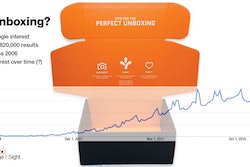 Own that unboxing experience: E-commerce packaging in the spotlight