Coke is a master at using packaging as a marketing tool, but is the company using it to build the best legacy?

Coca-Cola, or simply Coke, has launched a bottle made entirely of ice.  Throughout the brand’s history and extending to the present, Coke has recognized packaging as a powerful marketing tool. The iconic hour-glass-shaped bottle, the red-and-white corporate colors, the brand name rendered in Spencerian script—you get the picture.  And therein lies the challenge: how to continue leveraging packaging as a marketing tool without harming the brand’s image.

Here’s how the ice bottle works. Micro-filtered water is directed into silicon molds and frozen.  The result is the aforementioned hour-glass-shaped bottled, but this one’s made entirely of ice.  For all intents and purposes, the outward appearance is that of a frosted mug, allowing the drink to be seen but not with complete contact clarity. That’s the experiment Coke is conducting this summer in the South American country of Colombia.  The bottles are transported to area beaches, filled, and then sold to beachgoers.

The ice bottle is novel, no doubt about that. But is it innovative? After all, there’s nothing new about shapes made of ice that are formed from molds. We see it at any number of banquet spreads. Even so, the company could have sidestepped definitional squabbles by promoting the bottle as fun and campy; instead, a different controversy was triggered by the claim that the bottle is eco-friendly. The offered justification is that, unlike a plastic bottle, the ice bottle contains no petroleum-based components, and afterwards, the bottle simply melts.

The first part of that justification seems to imply that any substitute for plastic is a net benefit to the environment, but such thinking is inconsistent with a systems approach, as has been mentioned in various other articles published in this space.  The second part invites the criticism that clean, potable water is a precious resource for which there are better uses in many parts of the world.  It’s ironic that concerns about melting bottles would be debated in the era of sustainability, which has its roots in concerns about melting icecaps.   And all of the preceding might only be the tip of the proverbial iceberg, given the energy and resources consumed in the refrigerated transportation of the ice bottles.

Then there are potential concerns about hygiene.  With conventional bottles, contamination on the outside does not migrate through the material and into the bottles. But the same can’t be ruled out with ice bottles.  Foreseeably, the vendor will have gripped the bottle prior to filling it and giving it to the thirsty beachgoer who grips it.  There’s a rubber piece that girdles the bottle, doubling as a label and a protection against the discomfort that might otherwise result from holding an ice bottle.  Those functions notwithstanding, there is no guarantee that the bottle only will be gripped in that area; furthermore, what if a beachgoer nestles the bottom of the bottle in the sand?  And one need not be versed in thermodynamics to understand that when the bottle is filled it begins to melt—albeit slowly—simply because the Coke, even if already cold, is warmer than freezing. In addition to product contamination resulting from melting, contamination can result from fissures in the bottle’s surface; after all, ice is vulnerable to cracking.

With the ice bottle, consumers are not accorded all the conveniences of conventional bottles.  First, there’s the imposed urgency to consume the contents relatively quickly, racing the melting process.  No leisurely placing the bottle, say, in the cup-holder of a beach chair, taking a swim, and returning assured of being able to finish the contents.  Another sacrifice of convenience is that of a watered-down product, as package and product merge.  A related but different sacrifice might be that of volume; for example, if, because of wall thickness, the ice bottle holds less than its conventional counterparts do.

Now, back to the pieces of rubber that remain after the bottles have melted, what’s the best way of preventing the beach from being littered with those pieces?  The solution given by the company is that consumers wear the rubber pieces as bracelets.  Seriously?  This is another classic case of the all-too-common blind love that marketers hold for their products, causing them to overestimate the extent to which that love is shared by consumers.  Even given the strong brand loyalty of Coke’s consumer (that’s why it’s the category leader), it doesn’t necessarily follow that those consumers will assign some sort of prestige to sporting the logo.  Assuming more than one purchase of Coke in an ice bottle (over whatever period of time), how many bracelets is a given consumer to wear?  There’s no variety factor because all of the supposed bracelets look the same.  Maybe the packaging-as-fashion angle wasn’t the result of blind love on the company’s part, but a way to “dress up” the problem of disposal.

Coke, if not the world’s most famous brand (Apple?), at least holds that distinction within the packaged foods and beverage industries. Any launch that the company makes draws industry attention and generates media buzz.  That’s been the case with the ice bottle. But will the ice bottle ultimately be remembered as an imaginative use of packaging as marketing tool or as just another gimmick? There are inherent limitations to expanding the launch, most notably geography and season.  That said, if the company were to succeed with the ice bottle in the northernmost reaches of Alaska, now that would be ground breaking. It would actually be “selling ice to Eskimos.” 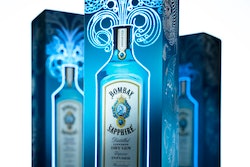 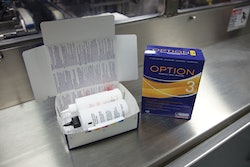 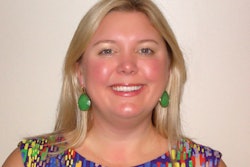