What's not in store

The recent fanfare about a no-packaging grocery store provides food for thought.

The in.gredients grocery store, slated to open this fall in Austin, Texas, is touted as the nation's first "package-free, zero-waste grocery store." It has received widespread media coverage. Some sources have been strictly reportorial but others have been downright praiseful. There's nothing objectionable about informing the public; however, subjective opinion is no substitute for critical thinking. It seems that in these times, it's automatically assumed that anything with an anti-packaging bias must be good for the environment.

This article is not a knock against so-called eco-preneurs. They exist throughout the packaging supplier ranks, too─that's capitalism, free enterprise. But the publicity surrounding the in.gredients store is another reminder of how often packaging is unjustifiably branded as bad when in fact it should be acknowledged for its massive contributions to society and the environment. And there's a topsy-turvy aspect to it all, in that the CPG industry, which should be a staunch advocate for evenhandedness regarding packaging, is implicit in its defamation, however unintentional that implicitness might be.

The CPG industry works against its self-interests principally on two fronts. One is that it trumpets goals of percent reductions in packaging (by a specified year) but inadequately explains why it hasn't been done previously and what advances now (or in the immediate future) will make it possible. Consequently, some portion of the public will conclude that, heretofore, the industry was content to overpackage; although, to the contrary, industry always has realized that packaging is a cost and always has known that it makes good business sense to use no more of it than manufacturing, marketing, and distribution requirements dictate. The other front is that it seems too reluctant to defend itself, kowtowing to the criticism of even some of the more extreme interest groups. And since some groups level their criticism (for maximum impact) during stockholders' meetings and other public forums, anything less than a definitive but respectful response from the besieged CPG company makes it seem that the company is apologetic for, and ashamed of, its past behavior.

Little wonder that the owners of in.gredients (and others sure to come) see opportunities in lambasting packaging.  Let's take a look at a few of their positions.

Bulk is best. While it is a position to be expected of a no-packaging grocery store, the line-up of categories contains some surprises.  According to public announcements, bulk items will include: produce, grains, flour, sugars, oils, spices, milk, cheese, beer, wine, and cleaners.  The first six are par for the course, long-established by bulk food stores and food co-ops. Dairy items, however, seem dicey from a health perspective. The alcoholic beverages leave me wondering how the owners of in.gredients plan to pull it off, given the brand loyalty that pervades the category, not to mention gustatory requirements. I mean, how can a "home container" maintain carbonation and bouquet?  And that last category──cleaners──should serve notice that non-food categories are not exempt from the bulk trend, if, indeed, it is a trend.

The success or failure of in.gredients is going to hinge mainly on whether mainstream shoppers (not just those whose blood runs green) are willing to lug a variety of containers from home to the store, where, incidentally, those containers have to be weighed to determine tare weight, before filling. Additionally, will those shoppers be willing to forego the benefits of commercial packaging, namely, containment, protection, communication, and convenience?

Natural and organic are inconsistent with packaging. That position might have some merit in a comparison between natural/organic and processed foods, although no concession is being made herein that the latter is without nutritional content. But in an apples-to-apples comparison, it can be argued that natural/organic foods, because of their lack of preservatives, benefit from the protection afforded by packaging. And not to be overlooked is the fact that health-food stores and health-food sections of conventional stores are crammed with packaged goods. Instead of being categorically inconsistent with the themes of natural and organic, packaging can reduce product waste by extending the life and quality of the contents.

Packaging limits choice. An actual quote by one of the owners of in.gredients is, "[P]repackaging forces consumers to buy more than they need, stuffing bellies and trash bins." Taking the end of the quote first, packaging is being blamed for consumers' overeating habits; apparently, those consumers wolf down the food, less it spoils, causing the packaging to be discarded all the sooner.  What about refrigerators and freezers?

The first part of the quote, alleging that packaging forces consumers to buy more than they need is not a supportable generalization. Stores that do on-site packaging strive for quantities and counts that best mirror the purchasing preferences of their customers. CPG companies take it to another level, through extended product lines that cover the range of consumer consumption profiles; hence, it's common for products to be packaged in single-serving all the way up to club-store sizes. The force-feed argument makes for a good quote, but it's just not true.

Don't stand around in the aisles and vegetate

The owners of in.gredients have a right to take the risks inherent in a business start-up. But their concept is predicated on the notion that society is not just better off with less packaging but is best off the closer we can get to no packaging──all offsetting considerations ignored. Such a perspective, ironically, is counter to the concept of sustainability and the attendant concept of life-cycle analysis. So here's a call to CPG companies: whereas it's incumbent upon you to be aware of retailing trends and strategize accordingly, at least be more effective advocates for the very discipline that's at the heart of your competitiveness──packaging. 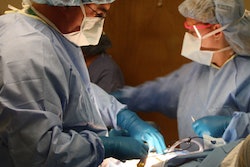 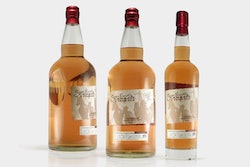 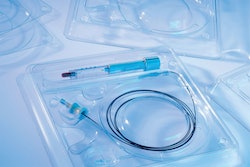