Sustainable packaging: How much downgauging can you do?

As sustainable packaging practices continue to gain universal acceptance, unexpected consequences have surfaced—many of which were not initially obvious.

Downgauging is something that we are all faced with as consumers, consumer product manufacturers, and packaging converters/suppliers. Downgauging makes sense from an environmental standpoint and from a cost-reduction angle. And the downgauging of rigid plastic containers has been going on for years.

In the U.K., there is an organization called the Packaging Standards Council, and it has developed a packaging code that defines what packaging should do. The code is rather long, but to excerpt, two of its fundamental points are:

• Packaging must protect, preserve, and contain: This means it needs to be strong enough, act as an effective barrier between the contents and the environment, and be hygienic.

• Packaging must make a minimum demand on the environment: It should be made using a sensible amount of energy and raw materials, be safely disposed of, or—where appropriate—recovered or reused.

We are sure that other organizations have their own definitions. The terms protect, preserve, and contain are extremely important, but the bottom line in both the U.K. and the United States is that there are no real standards in terms of what that definition really means. Should a rigid food package be able to sustain an accidental fall of about 3’ from the bottom shelf of a refrigerator or from a broken grocery bag? What about a 4’ tumble?

How much physical protection is acceptable?

ur fundamental thesis is that as downgauging has occurred over the years, many of the new packages now suffer from decreased structural integrity, and some are not even able to sustain typical household abuse. We recently conducted a small at-home (unscientific), 3’ drop test of various products packaged in injection-molded polypropylene plastic tubs, which were dropped onto a ceramic floor. We tested seven food products: two yogurt containers, a margarine container, a sour cream container, a cottage cheese container, and a cream cheese container. All of the products were major U.S. brands.

One would expect a $5 plastic flashlight to sustain a 3’ or 4’ drop without breaking. Do we have the right to have the same expectation of a $3 container of sour cream or an 80-cent container of yogurt? It’s a valid question.

Drop testing used to be brought up more frequently.

Five to 10 years ago it used to be quite common to read a packaging trade press article about a new product being introduced in a rigid plastic container. These articles would typically state that the plastic container was filled at a certain number of units per minute and was subjected to some type of drop test—typically 3’ to 4’. We know for a fact that one of the major brands of yogurt that failed our 3’ test was able to sustain a 4’ drop test 10 years ago.

We recently spoke to a senior packaging executive at a major U.S.-based food company, and he stated that his company has not compromised physical performance even though it has made major gains in source reduction through improved engineering/container design. However, when asked about the types of physical abuse testing that are done and whether or not standards have changed in the last five to 10 years, he would not comment.

Relentless pressure on the value chain from retailers ripples through the operations of each player in the chain. Many major consumer product companies in the United States and the U.K. have stated goals of source reduction and reductions in their overall carbon footprint. We applaud these goals and the Wal-Mart initiatives.

owever, as an industry, it seems that we have an obligation to provide a reasonable amount of product protection. We are not sure what that level of protection is, but with all of the sustainability goals being established by organizations and individual companies, it seems that there should be some minimum standard of physical performance. Otherwise our packages might be doing a questionable job of protecting. Which, by definition, a package is supposed to do.

Barry Goldberg is president of TAPPA Group International, an international marketing consulting firm. David Johnson is managing director of Strategic Development and Effective Business Support, a U.K. marketing consultancy that is TAPPA’s European affiliate. TAPPA can be reached at tappa2@aol.com. 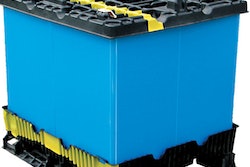 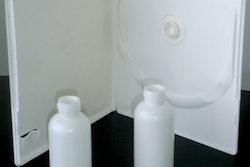 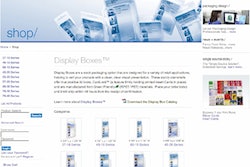