As robot usage increases, package design should take into mind ease-of-use for this technology, in all points of a product’s life cycle.

Modern package design needs to consider the growing use of robotics, and how that automated process interacts with the package; from manufacturing, to fulfillment, to delivery, and even end-of-life.

Brent Lindberg, ‘Head of Curiosity’ at structural packaging design firm Fuseneo, spoke to ISTA participants yesterday about robots, and said, “there's not a single manufacturer that we've talked to that hasn't struggled to fill the labor shortages. And so, we talk about robots not as a replacement of labor, but a placement of labor in a lot of cases when labor can't be found, or when it's a job that is going to be strenuous or repeated.

Lindberg said that robotics is commonly used in the manufacturing environment for repetitive motion, or clipping things together, loading, or filling a box. Fulfillment is another big area with growth in robotic automation.

“Then,” said Lindberg, “you get into some of the really cool stuff where you have robots that are building pallets - not the typical pick and place, but actually moving around and building mixed pallets. And that's where things get a lot more interesting. Or you have robots that are climbing, racking, and picking stuff off.” Lindberg added that robots are no longer for the future, but his company is designing for them now.

About fulfillment, Lindberg said, “What's important to see here is really the diversity of things. We've got something that's being suction placed onto a pallet, we've got something that's finger gripping off of racks. We've got the Kiva field, which is really more about size constraints and weight constraints and these cubbies that can hold certain things or can't hold certain things. And then you have items that are being dropped into totes. And so, if you think about all the different touch points and ways that things are moving in this fulfillment robotic system, you'll start to get a picture of the diversity of robots that we're seeing in this field. And the biggest thing that I want you to take away is really the diversity and the way that we're handling products is changing so drastically.”

Drone delivery is another area with diversity. Lindberg asked, “Are you delivering small bottles of medicine? Are you delivering a heavy pair of boots?” He cited an example of a delivery system with a nine-foot drop. “The robot had to stay nine feet above the ground and drop the package. So, what does that mean for our goods if we're not just overcoming a three-foot drop, we're overcoming a nine-foot drop onto an unknown surface? A target that could be placed on a concrete sidewalk, or it could be placed in a grass yard, or on the deck.”

“When we're talking about these different robotic systems,” he continued, “they are designed to be efficient for certain sizes, and weights, and ranges, and so designing packaging to be either loadable into a cubby or in some cases, [designing] specific packaging for that robot and only that robot. And so, this last mile, this last touch of delivery, is getting really diverse in terms of how it's touched, how it's handled - the size constraints, the weight constraints, and the durability constraints that might be placed onto our packaging.”

End-of-life recycling is another area with potential growth for robotics, with scanning to optically detect different types of materials, shape recognition, or detecting labels and looking for colors. Lindberg said there's a lot happening in vision systems and the way that robots are picking. How a package is designed, and will work within this system, could be affected by shape, material, weight, and even graphics.

Lindberg said we often don’t think about the shape of things, which is important as robots have a hard time with objects that are not moving in a predictable manner. Using a soup can in a recycling center as an example, he said, “We don't think about this soup can - when it's going down a conveyor, the conveyor stops, the soup can keeps rolling. We've done vision testing, and grip testing, and the conveyor stops, and the can is either rocking back and forth, or it's rolled all the way off. If it's rocking back and forth, the robot's trying to pick it up, trying to figure out where it's going to drop…how does it grab that shape? Is it a suction cup that it's able to grab from the top? Is it a set of grippers? There's a lot that goes into something as simple as a can of soup or a soccer ball when it comes to this conveyance and picking something up.”

There are a lot of different components that go into how a robot sees and picks something up, and the logic of how it’s going to pick up the object. Material selections that determine if the final package is rigid, soft, deforms, or lays flat, all affect the robot’s ability to pick up the object.

Flexible materials in particular can have visibility issues, if the package is folded, potentially covering up scan codes the robot may be looking for, or ending up a smaller size than anticipated due to hand fulfillment. Lindberg adds, “When we think about fulfillment workers at Amazon FCs or any other fulfillment center, there is discretion that's given, and sometimes there's more or less. And how far you fold the flap on a simple poly mailer can have a huge impact on how it's conveyed and handled. And so it goes back to process, it goes back to design. We can design that bag to always come to this same line every time.”

“Robots are designed to handle a certain amount of weight, and if we're not living within those constraints in a given fulfillment center, then we're forcing special handling. And when we're forcing special handling, we're usually incurring additional charges and forcing special procedures and processes, which can delay things and cause downstream issues,” said Lindberg, “so it's more problematic than you'd think. And how something slips, or slides, or handles, it's way more impactful than most people would anticipate.”

Lindberg said, “Of the things that we've looked at, closures become one of the top one or two things that always comes up. And sometimes it's as simple as a piece of tape, or another glue dot, or just the way something locks together.” He cited an example of a box with tuck tabs at the end and no closures to seal the tabs, which pop open when picked up, expelling the contents.

SIOC (Ships in Own Container)

“SIOC is going to be a growing trend I think more and more brands are going to adopt, and more and more retailers are going to start to require of brands, because it becomes expected handling.” And Lindberg added that removing windows, creating more flat and labeled surfaces are part of the design process to help with robotic handling and automation.

Lindberg said, “We've spent a lot of time in this space with different testing systems and designing for ease or checking to see if something does work or is visible. Sometimes in an environment, we're looking to create a color distinction or a contrast distinction, because we want the robot to see all of these packages like this and all of these packages like that.”

Lindberg asked, “Are we making it harder or are we making it easier? Are we covering up a bottle with a full shrink label so that the vision system can't even tell what's in there, where the graphic is completely covering it and the label's completely covering it? And so, the material can't be detected, the object below the label can't be detected. There's a lot that we're doing to make things harder in this recycling stream. 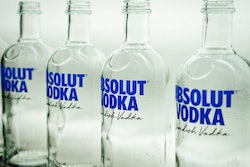 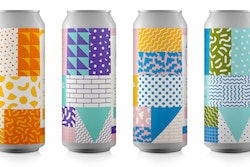 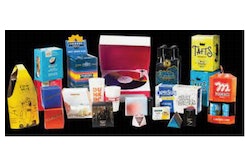 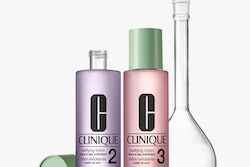