On today's Take Five with Packaging World: The rise in e-commerce in 2020 led to brands rethinking package design to connect with consumers outside the retail environment. Here are five major design trends that resulted.

Hello. I'm Matt Reynolds, editor of Packaging World Magazine back with another edition of Take Five.

We were able to speak to folks at 99designs, specifically Shane Tilley. He's the senior director of marketing at 99designs, which is a graphic design service that's operated by Vistaprint. He gave us five major design trends to keep an eye out for in 2021 and going forward specific to the e-commerce market. I'll dive right in. The first one that he was excited about was these single bold monochromatic colors. Now, oftentimes when we think packaging design, we lean on illustrations, we lean on really interesting typefaces. This turns that on its head in the sense that it's using one specific color throughout the entire packaging design. And basically, that color has to do all the heavy lifting. Now in an ideal world, it's accomplishing two things, this method, this monochromatic method.

First of all, it's creating an unusual or basically something that's very novel to a consumer. They're not used to just seeing one color as their package design. They're used to being almost inundated with graphics and typeface. And second of all, it can be associated with a specific, whether it's an ingredient, a hero ingredient, or an element of the product itself. Let's say it's a lavender pack can be something that's meant to be relaxing, where a pack that's really bright and lime green can be something that's meant to be energetic. So either way, you're seeding territory for illustrations and bold typefaces in order to allow that single color to really do its job.

Now, one really big example of that, that Shane showed us, was with TUSOL Wellness. I'm pronouncing that probably incorrectly, but TUSOL Wellness that uses shades that are directly representing the hero ingredient that's involved in these wellness products. So that's a pretty interesting way to go about really standing out in somebody's doorstep.

The next major e-commerce design, packaging design trend that we're seeing is that of hyper simplistic geometry. Right now, with the design tools that packaging designers and graphic designers have at their fingertips, they can really go nuts with bold colors, with typeface, with really intricate illustrations as well. So one way to disrupt that trend is to actually go back to something really simple. And these are real basic geometry. We're talking squares, circles, maybe triangles, using real clean lines, real sharp angles, and really bright colors. And they can be done in repetitive patterns of circles over and over and over again in a certain repetitive pattern. Again, this is a way to really distinguish yourself, or we used to say, distinguish yourself on the shelf. This is the way to distinguish yourself as you arrive on somebody's front doorstep.

Now, according to Shane, he says that while geometric patterns may look plain at first glance, their superpower is in their abstract simplicity. So instead of straight up telling a customer how they should feel about it, this gives them a bit of a nuanced way to suggest things rather than just hit them over the head with what that product might do. California Sincere Cider, as you can see, uses this methodology to its advantage. A third trend that Shane says is really evident in the e-commerce packaging design these days is in the name of the product itself appearing dead center in big, bold, and inviting typography right in the center of the product. We're not talking about logo or the brand, or even an image of what the product might look like, but typographically representing what the product is in an interesting way.

What's key here is that there might be additional design elements that are on the pack, whether illustrations or logos and so on, but those are all done in support of and subordinate to the product name, which should stand on its own. Color-blocking, as it applies to packaging design, isn't new. But one thing that we're seeing a lot of this year, and Shane expressly pointed this out, was color-blocking as it applies to real natural scenes. So let's say distant mountains or a distant ocean or a meadow.

This tends to use lighter, more natural colors, less bold colors, more ambient colors, purple mountains, a gentle green meadow. And the color of those blocks of color themselves, they follow imperfect lines. They're following nature and that they're not perfect, they're not stark, they're very gentle and gradual.

And finally, our last trend for the list of five is the exact opposite of what we just heard. As opposed to going natural, there is the evidence of brands that are using picture-perfect symmetry. I use words, I think of a palindrome, like the word kayak, which can go forward or backwards. Well, these are designs of either words or images or illustrations that can do exactly that and self-reflect, so that there's a self-evidence or a self-reflection within the image itself that is really appealing after a year of such chaos that we had in 2020 to have something that appear so finished and complete. So that covers Shane at 99designs five big trends for e-commerce packaging design. 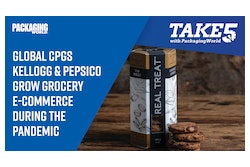 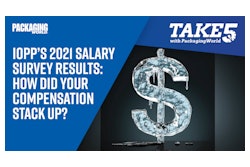 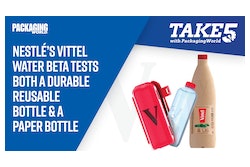 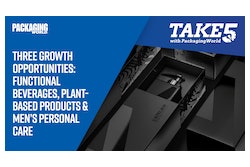