Made from pieces of broken, recycled glass, the Absolut Comeback bottle is created to encourage recycling and a more circular lifestyle among the vodka producer’s consumers. 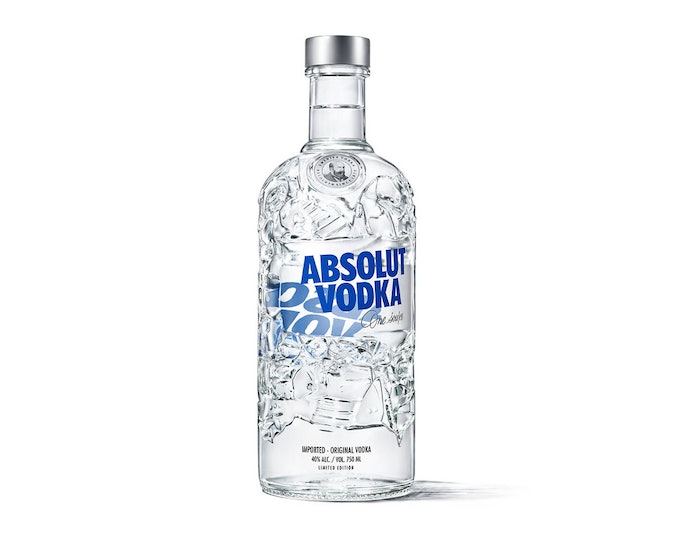 The Absolut Comeback bottle was designed to to promote and visualize the benefits of recycling.

Absolut, “Planet Earth’s Favorite Vodka,” has been paying back the earth for many years through a number of sustainability initiatives. Among them are waste reduction, where everything that can be is recycled or reused, sustainable farming, and CO2-neutral distillation, among others. At the same time, the brand is committed to creating a more open world by using creativity to drive progress.

With the new Absolut Comeback bottle, the company has used its creativity to express its desire for a more circular world, launching the bottle across 80 countries in October 2019 as part of its ongoing brand platform, Create a Better Tomorrow, Tonight. The bottle, it says, is aimed at encouraging recycling and a more circular lifestyle that has less impact on the planet. As with all its bottles, the limited-edition package is made with more than 41% glass, but unlike its standard bottles, it is sculpted with pieces of broken, recycled glass.

Says Henrik Ellstrom, Absolut’s Director of Strategy and Innovation, “Absolut has been committed to sustainable production methods for many years; and we are excited to be celebrating this and specifically our recycling efforts in the form of a bottle launch for the very first time. We believe that a glass bottle must have a second life; the new limited edition bottle is a pure manifestation of this belief. We hope that our new circular living campaign will inspire more people to use creativity in order to waste less.”

Explains Ardagh Product designer John Oczabruk, “Because this is a completely original bottle design, we first needed to create a sculpture by attaching pieces of recycled Absolut bottle glass to a 3D print of an Absolut bottle, to maintain the bottle’s iconic look and shape.

“The reverse engineering began by digitally scanning the sculpture into our modelling system, then reconstructing the design to work smoothly in production.”

Along with the launch of the Absolut Comeback bottle, Absolut co-created a guide to a circular living together with a collective of inspirational minds across the sustainability and creative industries. The guide brings together hacks, insights, and anecdotes from the likes of zero-waste influencer Lauren Singer, environmental journalist Lucy Siegle, and many other progressive creators.

Says Tina Robertsson, Lead for Sustainable Performance at Absolut, says, “We know that the Earth has a finite amount of resources and that we all need to take more responsibility for how we act in our daily lives and the choices we make. We, at Absolut, are determined to do our part from seed to sip. We also want to continue to enlighten our consumers about what we do and how they can have less impact on our precious environment. Here at Absolut, we are proud of our One Source production philosophy, and we strive to achieve a more circular way of production, which also means that waste is seen as a resource and part of a continuous cycle. We recycle and reuse as much as possible, and we believe that with a little creativity, we can all drive positive change and find the power and beauty in waste, ultimately reducing the negative impact that we have on our planet and creating a better tomorrow for generations to come.”

According to Absolut, its Create a Better Tomorrow, Tonight, platform is a statement of accountability and commitment to strive every day to improve, as Absolut believes all brands should act in sustainable and transparent way to create a more open world. As part of its campaign, Absolut is asking everyone to join its #RecyclingHero movement.

Watch a video on the creation of the Absolut Comeback bottle here.