This middle-tier German beer producer offers some 25 varieties of beer in returnable glass bottles, so it needed a highly versatile and automated controls architecture.

Pat Reynolds
The Varioline packaging system works with ten robots, distributed among four modules, which enables the machine to handle a total of 18 different packaging variants.

The Störtebeker Braumanufaktur of Straslund, Germany, shows a pioneering spirit not only in regard to new types of beer it offers in returnable glass but also in terms of how it has expanded its production capacities and greatly optimized the controls systems that underpin production.

Filling, packaging, IT, and intralogistics have all taken a big step forward thanks to solutions all provided by Krones, solutions that enable the brewery to cope successfully with even the most complex production sequences.

Krones’ scope of supply included not only a new energy-efficient bottling line rated at 40,000 returnable glass bottles an hour but also a high-bay warehouse with just under 30,000 pallet slots from System Logistics, a member of The Krones Group. Also featured is full-coverage networking of the production operation with solutions from Syskron, also part of The Krones Group, and Triacos, a Syskron subsidiary. The existing bottling line, a new bottling line, a kegging line, and the high-bay warehouse—plus the empties sorting system and goods-dispatch zone—are all interconnected via a floor track system.

The principal task here was to streamline the complex work sequences involved, thus upgrading the production operation’s efficiency. “As I always say, here on our premises we’ve got ten breweries in one because each of our beers is packed in its sort-specific crate,” says the brewery’s owner Jürgen Nordmann. Störtebeker’s beers—all 25 varieties—are offered in the brewery’s own uniquely distinctive crates and likewise in closed paperboard six-packs. This is why the brewery opted for the Krones Varioline packaging system, which is capbable of handling not only crates and closed baskets but another 16 different packaging variants as well.

Krones points to Störtebeker’s Varioline system as the most modern version currently up and running. It is the first to feature the new TIA (Totally Integrated Automation) control system from Siemens, enabling a maximum degree of automation to be achieved. Yet another beneficial side effect is this: the layout installed at Störtebeker takes up only about half the space that more traditional packaging machinery offering the same output would need.

The fully automated high-bay warehouse and the associated warehouse control system were delivered by System Logistics. The warehouse with its eight aisles provides just under 30,000 slots that are served by six storage and retrieval units. The floor track system supplies the warehouse both with empties, like bottles and crates, and with ready-for-sale packages.

Furthermore, Störtebeker decided to have Syskron’s subsidiary Triacos modify its existing SAP system to suit the new production landscape, and to link it up to various IT solutions from Syskron’s SitePilot Suite, such as Line Management, Line Diagnostics, and Manufacturing Intelligence. The brewery has thus succeeded in harmonizing purchase orders, business processes, and production planning with each other to maximum effect. Thanks to Edge Device, moreover, Störtebeker has been able to integrate its existing Krones glass line into the overall concept.

“When we concluded the contract with Krones in 2017, it was important to us that Krones would be supplying not only the bottling line but also the intralogistics with the high-bay warehouse, and that the customizing work needed for the SAP system, plus the SitePilot automation solutions, were all constituent parts of the order,” is how Jürgen Nordmann sums up their requirements. “We had already turned our attention to the subject of Industry 4.0 at quite an early stage and went looking for some suitable partners. With this investment, we have taken another crucial step in that direction, and we hope we’re now in good shape to meet and master the challenges of the future.” 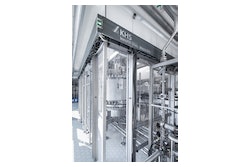 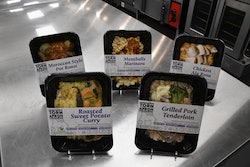