Given the new carrier rules, your company's approach to determining cube for shipments had better be on the square.

Sterling Anthony
The parcel ground carrier industry has adopted dimensional weighing (DIM). As with most, if not all matters involving supply-chain management, packaging is at the core.

DIM is a calculation that divides a package’s volume by a dimensioning constant of 194 (166 for international shipment); that is to say, (L x W x H) / 194.  As such, a package’s actual weight and its DIM "weight" are not the same, and a carrier will base charges on the greater.

DIM vs. actual is a comparison made for packages that are three cubic feet or larger. Smaller packages are charged according to actual weight. DIM compensates carriers for the space that large, but lightweight packages occupy inside a vehicle. The underlying concept is package density, which relates to cubing-out (vehicle has reached its space limitations) and weighing-out (vehicle has reached its legal load-carrying limitations).

The commercial trucking industry has long factored density into its tariffs.  And, the airfreight industry adopted DIM years ago. The parcel ground carrier industry’s recent conversion to DIM, however, doesn’t reflect a prior failure to factor in density; it just was dealt with by surcharges for oversized packages. DIM is considered to be a better—as in more consistent—generator of revenue.

Factors that steered parcel ground carriers to DIM include rising fuel costs, which will remain a factor, despite the present drop in oil prices.

Throughout the supply-chain and especially at the distribution center (DC), obtaining information about the weights and sizes of packages traditionally has been low-tech, mostly employing scales and tape-measures. The latter, particularly, is fraught with slowness and imprecision—costly shortcomings, since shipping a package under DIM charges can be as much as 50-75% more expensive than shipping it under actual weight charges.

If a shipper tenders a package for actual weight charges, but the carrier later determines that DIM charges apply, the shipper will be accessed a charge-back.  In the interim, the consignee has received the goods. The shipper, therefore, has to decide whether to absorb the penalty or to invoice the consignee—an embarrassment in all instances and an impracticality in consumer shipments.

Incidentally, how does the carrier know that the shipper tendered the package under the wrong designation?  The carrier has equipment, known as cubing systems, that makes that determination.

Shippers are increasingly investing in such equipment, their justification being: the avoidance of charge-backs; the avoidance of damaged customer relations resulting from passing the charge-backs on to the consignee; the reduction of labor costs incurred by the manual recording of package cube and weight; and, the addition to the bottom line that accrues from cost-containment, higher efficiencies, better management, and improved customer service.

An equipment and technology primer

Cubing systems are based on sensor technology.  The main sensing sources include ultrasound, infrared, laser, and to a lesser extent, photodiodes, each with its own pluses and minuses.  What the systems have in common is the ability to perceive an object and determine its volume (and weight, when designed with that capacity).  Furthermore, systems range from stationary to mobile, as well as from those that generate data about packages at rest to those that do so about packages in motion.

As does any major investment, this one introduces a host of considerations, among them: costs, set-up, complexity of operation, maintenance, operating speeds, and versatility as to the ability to handle a variety of package/load shapes and sizes.  Such considerations go to the understanding of one’s options, along with the associated trade-offs.

And, whereas any sales rep worth the printing cost of his business cards will argue that his system is the wise choice, the buyer should never delegate the responsibility of determining his own needs. That determination should be the result of a detailed assessment of the buyer’s operations.  Only then can there be talk of return-on-investment, whether payback or another metric.

A place at the table for the packaging professional

DIM, cubing systems, and the analysis required to profitably marry the two afford packaging professionals with yet another opportunity to demonstrate strategic capabilities and to not be regarded as niche tacticians.  Unfortunately, sometimes their contributions don’t extend beyond projects such as determining the optimal number of standardized sizes of corrugated boxes for minimizing void and determining the most cost-effective materials for purposes of void-filling and cushioning.

Not that such projects are to be demeaned, for in many instances they are foundational. The purpose of a foundation, however, is to provide support for that which is built upon it. And, it’s at those upper tiers where packaging professionals also should have a presence.

Meeting the challenge is facilitated by understanding the supply-chain as inbound and outbound flows, wherein the principal activities—storage, material handling, and transportation—heavily rely on package cube and weight for cost-containment and efficiencies. The packaging professional’s mission is to incorporate that reality at the package design/redesign stage, so that benefits are incurred throughout the supply-chain.

But, too few packaging professionals spend adequate time in a DC, mistakenly conceding it as the province of those with logistical titles and duties. Any imagined encroachment is just that, imagined, for by its nature, packaging cuts across disciplines. The packaging professional should become intimate with how packages are received, moved, stored, retrieved, and shipped, because each activity can be modified for optimization of the system.

Therefore, one’s perspective should go beyond cubing and weighting and onto tracking. In other words, dimensioning systems can be combined with scanning (think RFID) and label printing.  This trove of data and capabilities, in turn, can be integrated into a warehouse management system (WMS) as a valuable aid to analysis and decision-making.

Widening the perspective further, specific challenges to the supply-chain can be addressed, security being one of those. Authentic, quality goods are made to tight tolerances.  If a system were so sensitive that it could detect slight, but consistent deviations of cube and weight, it could signal the possibility of counterfeit goods.

And, here’s a parting inducement to the shipper: retailers increasingly are demanding that they be supplied reliable dimensional/weight data to better allocate their receiving, storage, and merchandising operations.

Now is the time to throw away that measuring tape, less it prove to be tape of the red (as in ink) variety.

Before becoming a packaging consultant, Sterling Anthony worked for Fortune 500 food, healthcare, and automotive companies, and has taught packaging at the university level. He welcomes your comments by phone, 313/531-1875 or by e-mail, Sterlinganthony1@sbcglobal.net. His Web site is www.pkgconsultant.com
Related Stories 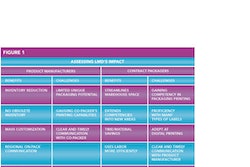 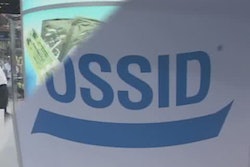 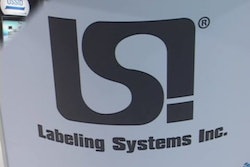