Matt Reynolds
FreshFry pods are made up of a non-woven fabric that is ultrasonically sealed to form a pouch containing scrap plant materials. Photo courtesy of FreshFry.

Restaurants and other commercial kitchens use a lot of oil. In fact, they typically consume about $80 billion in frying oil globally every year. Unfortunately, once the oil degrades during the cooking process, much of it ends up in the waste stream. In some cases, it is recycled into diesel fuel, but that does not make it much less of a cost burden for users.

In 2014 Jeremiah Chapman, a chemical engineering student at the University of Louisville, started researching ways to keep frying oil fresher, longer. He hit upon a combination of scrap plant materials capable of absorbing moisture, oil polymers, and other byproducts that accumulate during the hot-oil cooking process. These are compounds that, if not removed, cause oil to darken and degrade to the point where it no longer produces quality food and needs to be discarded.

He teamed up with Jacob Huff, a classmate studying mechanical engineering, and the two developed a package to hold these impurity-absorbing materials. This “pod,” as they began calling it, could be placed in a deep fryer at the end of each day to absorb the impurities and extend the life of the cooking oil by 25% or more. In 2016, they co-founded FreshFry LLC to commercialize the product.

Early versions of the pods were made of cellulose fiber-based paper that was stitched closed. However, Chapman, CEO, and Huff, COO, found that this package didn’t hold up in the intense heat of commercial fryers and often ripped open. When the partners were approached by a nationwide distributor of food and food-related products that wanted to market the FreshFry pods across the country, they knew they needed to try something different.

“At first, we had no idea what the next step would be,” Huff says. However, a chance meeting with another Louisville classmate, who just happened to be a regional sales representative for Branson ultrasonic-welding equipment from Emerson, brought FreshFry to “the perfect solution.”

Huff and Chapman began a complete redesign of their FreshFry pods, working with their Branson representative, who had a bench-top plunge welder that could be used for development.

“We decided to switch to a non-woven fabric,” Huff says, “and did a lot of research on what materials available in the U.S. could meet all the requirements for food contact. Then we tried welding pods using various samples of the materials available and put them in a fryer to see which worked best.”

Once Huff and his team had proved the viability of the non-woven material and ultrasonic welding, they began using a bench-top plunge welder that they already had in-house. This approach worked well, but it meant they were making just one pod at a time in an entirely manual operation. At the time, FreshFry pods were being distributed out of just two small regional distribution warehouses, so their limited product capabilities were not a big problem, but that was all about to change.

“In 2018, we went from those two warehouses to over 73, virtually overnight,” Huff remembers. “At that point, it was obvious that we had to find a better way to do this.” After consulting with their Branson representative and making a trip to PACK EXPO 2018 that “better way” became clear, and FreshFry purchased and installed an automated vertical form/fill/seal (vf/f/s) system that incorporates a Branson DCX power supply and ultrasonic stacks for the vertical and cross seals. Packaging World asked about the manufacturer of this vf/f/s equipment, but that information was unavailable.

In operation, the non-woven fabric is fed from a roll, folded back on itself, and then sealed on the side and the bottom to form a rectangular pouch into which the FreshFry material could be dispensed. Then the top is sealed, and the finished pod is cut away and released to a conveyor.

“We use a staggered triple-stitch weld pattern,” Huff says. “It actually looks a lot like what our original sewing machine produced, but it is very repeatable and looks really secure and aesthetically pleasing. The material inside of our pods is black and the packaging material is white, so the fact that the high-frequency ultrasonic vibrations actually blow any of this material out of the seams was particularly advantageous. Dirty seams just wouldn’t look nice.”

The advantages of ultrasonic welding were not strictly cosmetic. The welds are extremely strong, which is important because the pods balloon when placed in hot oil. This expansion puts a lot of stress on the seams and was a significant contributor to the frequent failures experienced with the original sewn-paper pods.

There are environmental benefits as well. The ultrasonic welding process is highly energy efficient because heat required to complete the seal is concentrated exactly where it is needed and only for a moment. There are no components that need to be heated continuously, and the small amount of heat generated during welding dissipates almost immediately. In addition, eliminate the need for adhesives, which can involve volatile organic compounds, are needed.

Ultrasonic welding is also ideally suited to joining biopolymers, including compostable and biodegradable polymers. FreshFry is currently researching such materials in order to develop a fully biodegradable pod.

Speed is another big advantage. As noted, FreshFry needed to ramp up productivity very quickly to meet the demands of its national distribution program. Generally speaking, an ultrasonic weld can be completed in a second or less. Combining ultrasonic welding with the automated vf/f/s unit offered FreshFry a tenfold increase in productivity.

“We went from manually producing two or three pods per minute in 2018 to about 20 per minute using our automated system,” says Huff, “and we’re not even fully using its capabilities yet.”

The automated vf/f/s system with ultrasonic welding—and the FreshFry pods themselves—have been such a success that the company is now selling into Canada and planning to install similar packaging systems there and likely also in Europe and Asia, where distributors are clamoring for pods.

Frying oil has a finite life. Eventually it will need to be replaced, but Chapman’s vision is to extend the useful life of the oil until more of it could go into fresh, tasty food before it is no longer usable. Using a blind taste test, FreshFry determined that diners who ate onion rings and chicken wings cooked in oil that had been used for four days unanimously agreed that the oil filtered using FreshFry pods tasted markedly better than the oil that was handled conventionally.

All commercial fryers take steps to keep their oil clean and fresh, but the options available before FreshFry came along were time consuming and labor intensive. Worker compliance was often hit or miss, and the goals of fryer-management programs often were not met. With FreshFry, by contrast, it takes just a few seconds to drop a pod in a fryer at the end of the night and a little longer to remove it the next day. This is a far simpler care program and one that workers can easily handle.

Taking better care of their oil means restaurants actually use less; about 25% less according to FreshFry. That can save the average restaurant between $2,000 and $4,000 per fryer per year. The company reports that it has one chicken-franchise customer with three locations that is on track to save $28,000 this year. One of the country’s 10 largest chicken-restaurant chains anticipates saving over $20 million each year by using FreshFry pods.

While labor savings and cost reduction may be enough to get restaurants to use FreshFry pods, for Jeremiah Chapman, there’s a much larger objective: sustainability.

“Your oil is in the back of your restaurant—it’s going to leave either in a good way or a bad way,” he says. “The good way is you’re selling it in quality food. The bad way is you’ve got to throw it away because it’s gross. So what FreshFry is trying to accomplish here is to keep your oil around long enough for it to be sold in quality food.”

In addition, by using other food waste products—mainly rice-seed hulls—to create the impurity-absorbing filling for the pods, FreshFry is repurposing them, taking them out of the waste stream. In fact, since 2014, FreshFry has redeployed over 11 million pounds of waste. And it has pledged to grow that amount to 1 billion pounds by 2031.

“FreshFry takes one corporation’s trash and turns it into another corporation’s treasure,” Chapman says. “What really gets me excited is when corporations start to shift their mindset from waste being the end of something to it being a raw material. FreshFry may be just small part of this [movement], but we want to invite as many people as possible to the party because waste is infinite and so are the returns.”- PW 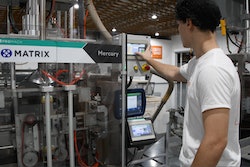 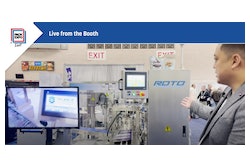 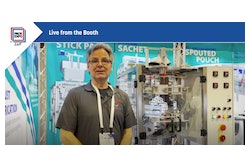 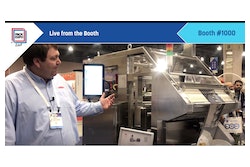