In what it says is a bid to slash plastic pollution, independent U.K. Supermarket Thornton’s Budgens in Belsize Park, a London Borough of Camden England, has introduced peanut butter on tap. Shoppers visiting the store will now have to buy reusable glass jars and fill them with the product, as well as other everyday essentials such as milk and orange juice. 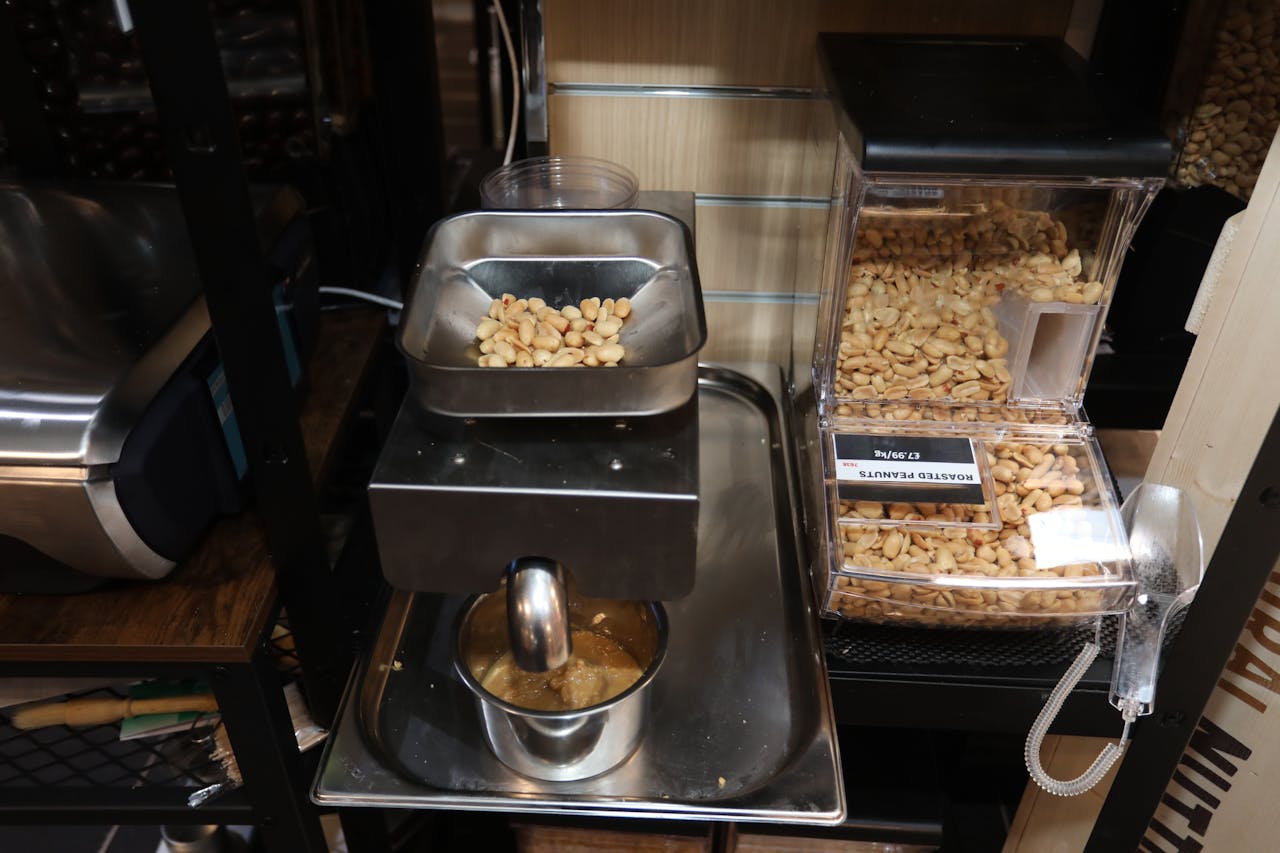 In what it says is a bid to slash plastic pollution, independent U.K. Supermarket Thornton’s Budgens has introduced peanut butter on tap.Visitors to the Thornton’s Budgens store will also be able to choose from an extended range of vegan and gluten-free foods packaged in plastic-free materials. Ethical Fairtrade coffee served in plastic-free cups will be on offer, and shoppers will be able to buy plastic-free personal care products, including loose soaps, shampoos, and shower gels. 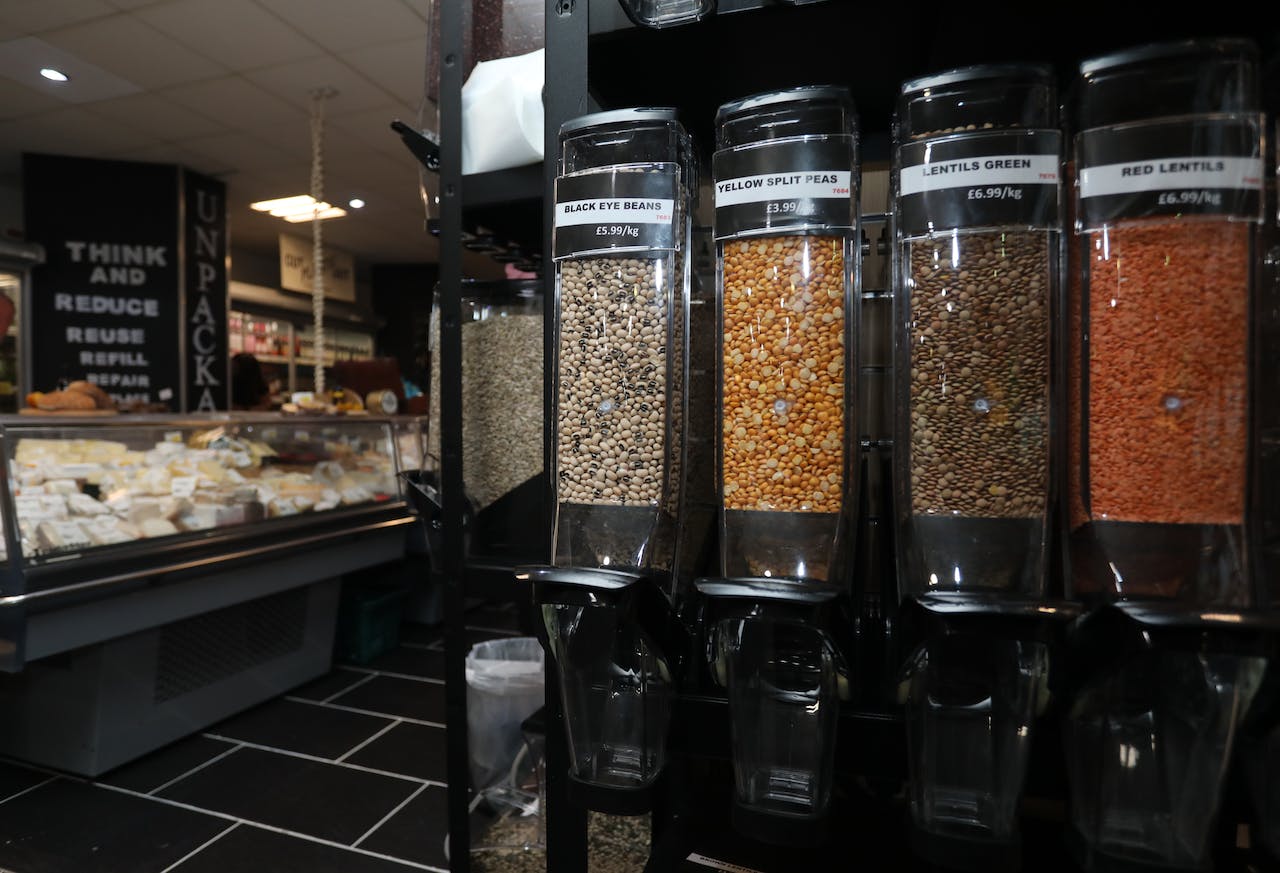 Thornton’s Budgens’ Unpackaged range of 200 products include loose pulses, beans, grains, and seeds.Last year Thornton’s Budgens worked with A Plastic Planet to introduce the world’s first Plastic FreeZones in the store. The zones saw some 1,800 products traditionally packaged in plastic replaced with alternatives such as beechwood netting and coconut bowls. (Updated figures include 2,380 products in early September 2019 and is aiming for 3,000 by year end.) In March 2019, the business reported a 4% weekly sales increase on the back of the introduction of the zones. 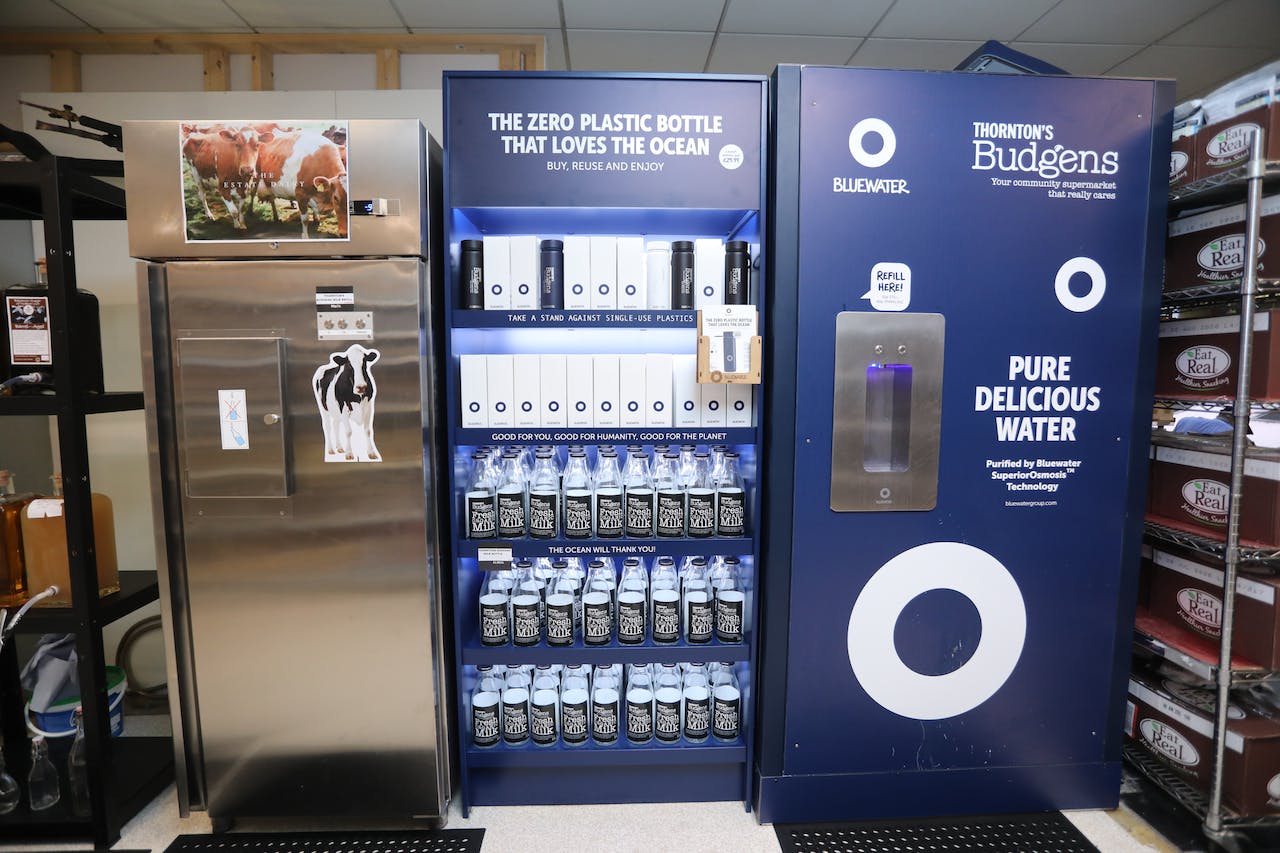 At Thornton's Budgens, reducing plastic means having customers buy glass bottles and fill water from a tap.Thornton’s Budgens founder Andrew Thornton believes the move is set to be replicated by supermarkets across the world.“Last year we were blown away by the international reaction when we launched our Plastic Free Zones. The new Unpackaged range represents the evolution of this,” he says “Our shoppers love our plastic-free packaging.

“But this is just the beginning. There is no end to our plastic-free ambition. I passionately believe the future of supermarket shopping in the 2020s will be without the toxic material that has done such damage to our planet and ourselves.”

Says A Plastic Planet co-founder Sian Sutherland, “We are very proud of our partnership with Thornton’s Budgens. It has consistently proven that selling plastic-free is not just good for the planet, but good for business.

“People finally have real choice now, and they are voting with their wallets here. After all the pledges and plastic promises from many of the larger supermarkets, it is great to work with a leader who believes in people, planet, and profit—in that order.”

The Unpackaged range officially launched at on Oct. 23, 2019.

Based on online clicks and unique page views, we are counting down the Top 10 articles of 2021. Check out this March 2021 article on how a major board game company will “bring sustainability to family game night.”
Dec 30th, 2021
More in Sustainability