In memoriam: Jim Butschli, ‘a mainstay, a rock, a friend’

We are greatly saddened by the May 21, 2019 passing of Jim Butschli, Editor of Healthcare Packaging and Technical Editor of Packaging World. 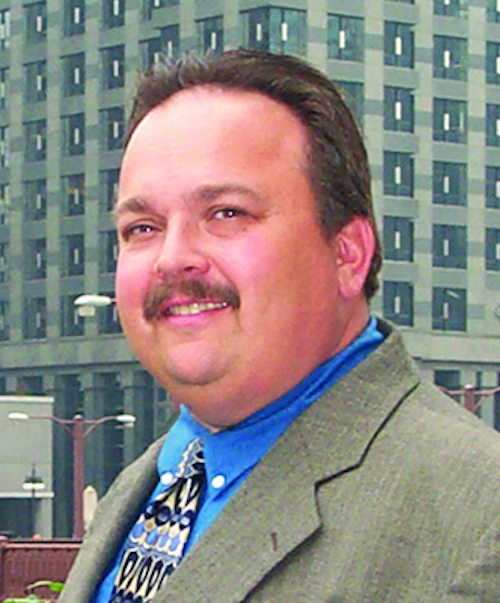 Jim Butschli began with PMMI Media Group (then Summit Publishing) in 1994, having already established himself as an editorial powerhouse in the packaging space. Joe Angel, then Packaging World Publisher, hired Jim, and recounted that his joining the team brought even more editorial credibility. “Several advertisers who had been holding out came with us in ’95 after seeing ‘we were for real’ having hired Butschli. Not only was Jim a professional, he was a gentleman and a friend. He will be missed sorely by all of us and the packaging community.”

Over the ensuing 25 years, Jim was a key team member, as thoughtful and caring as he was diligent at work. He was always concerned about people’s well-being, and his calls and emails were rarely all business. He’d see how someone was doing, ask about their life, and try to make them laugh.

Jim established himself as an attentive and motivated editor with a gentle soul. “Everyone he ever interviewed or wrote about, without exception, would mention what a great guy Jim was,” says PMMI VP Jim Chrzan, both a friend and colleague for decades. He was a dedicated team member outside of work as well. “Despite ongoing health issues, he persevered, taking great joy in his family and his musical role in church,” Chrzan adds.

Even after receiving his cancer diagnosis earlier this year, he wasted no opportunities to infuse his humor. The subject matter of one of his main editorial charges, Healthcare Packaging, gave him ample material to draw from considering his health news. But that had always been true of Jim.

“Being the fine wordsmith that he was, he noticed quirky things people said or expressions they might mangle,” says long-time friend and colleague, Pat Reynolds, Packaging World’s Editor Emeritus, on his humor. “He was an invaluable resource and a great packaging journalist. I was proud to call him my friend for nearly 30 years.”

In recent years, Jim worked perhaps most closely (albeit half a country away) with Healthcare Packaging editorial director Keren Sookne.

“Jim was a sweet and caring man, diligent at work and concerned about people’s well-being. Even when we had tough deadlines or personal issues, he wasted no opportunities to infuse his humor,” she says. “He once had to go in for a battery of health tests and he let me know the next day that he definitely wasn’t pregnant.”

Something she and I will both miss about Jim is the way that he consistently put his Wisconsinite heart (I also hail from that side of the cheddar curtain) into everyday work situations.

“When I asked him about his pain, he was more concerned with whether I was ok with a string of work trips, making sure I wasn’t getting worn down amid the germs and ‘recirculated plane air,’” Sookne adds. “In Jim’s own words, ‘Cheesy is always good in California and Wisconsin.’”

As for me, while I’m newer to the team, Jim and I are both from the same town, Kenosha, WI, so we shared a special connection. The thing about Kenosha is that it’s right on the Illinois border, so Bears/Packers allegiance is split. A devout Packer fan, Jim delighted in good-natured razzing at the expense of this long-suffering Bears fan. But other than the clearly superior Packers, his humor was always self-deprecating and understated. His jokes had a way of sneaking up on you, even after hanging up the phone with him, even 10 minutes later.

Healthcare Packaging Publisher Liz Tierney describes him as a friend to many in the industry, adding perhaps most poignantly, “A client recently referred to him in an email to me as ‘a mainstay, a rock, a friend’ and another said, ‘there are lots of people in my professional life…but none with Jim’s heart and grace.’ Jim will truly be missed, not just by the PMMI Media Group family, but by many in the industry.” We’ll all miss Jim, and we’ve been heartened by the volume of thoughts and condolences coming in through the phones and digital channels these past few days.

NCC's Kevin Mauger offers UnPACKED with PMMI podcast a reassuring voice in a sea of uncertainty.
Sean Riley
May 7th, 2020

Communication is ongoing with McCormick Place, Chicago Convention Bureau and Illinois state leaders for clarity on the plan.
Sean Riley
May 6th, 2020

A time of crisis provides a unique lens through which to view packaging in general, and more specifically the individuals who drive it forward.
Matt Reynolds
May 1st, 2020

The plan, called NAM (The National Association of Manufacturers) Health Care, was developed to meet the unique health care needs of manufacturers. It will offer a portfolio of health benefits options insured by UnitedHealthcare.
Sean Riley
Apr 14th, 2020

Machine Builders and CPGs: Partnerships in the Time of Coronavirus

Now's the time to nominate deserving candidates for the 2020 class of the Packaging & Processing Hall of Fame. Nominations will remain open through June 5, 2020.
Matt Reynolds
Mar 24th, 2020
More in PMMI news

Special UnPACKED with PMMI podcast series offers candid insight from a global OEM supplier on surviving in a world that changes from day to day.
Sean Riley
Mar 19th, 2020

So you missed the most successful PACK EXPO East to date? No worries, unPACKed with PMMI has you covered.
Sean Riley
Mar 11th, 2020

In a meeting co-hosted by PMMI’s OpX Leadership Network and Industry Relations Committee, manufacturers and machine builders shared their plans and concerns about IIoT in a discussion aimed at creating a digital transformation roadmap for PMMI members.
David Greenfield
Feb 27th, 2020