Columbia University study funded by ACC calculates the energy and electricity potential available from the nonrecycled plastics currently disposed of in U.S. landfills.

A new study conducted by the Earth Engineering Center (EEC) of Columbia University and sponsored by the American Chemistry Council has found that if all of the nonrecycled plastics that are currently put into landfills each year in the U.S. were converted to energy using currently available technologies, they could provide at least enough energy to fuel 6 million cars annually.

“Plastics have a significantly higher energy value than coal,” says professor Marco J. Castaldi of the Earth and Environmental Engineering Department of Columbia University and associate director of EEC. “Capturing the energy value of nonrecycled plastics—and municipal solid waste in general—makes good sense because it provides a good domestic form of energy while minimizing impacts on the environment.”

Adds Steve Russell, ACC vice president of plastics, “Even after use, plastics continue to be a valuable resource. Whenever possible, plastics should be recycled. But when plastics aren’t recycled, there is still a tremendous opportunity to recover this abundant energy source to power our homes, vehicles, and businesses.”

Although in the U.S. plastics are made primarily from natural gas, a growing number of innovative technologies are effectively turning nonrecycled plastics into crude oil, electricity. and other fuels. Many of these technologies are already being implemented on a commercial scale in Europe, Canada, and Asia.

The full study, “Energy and Economic Value of Non-Recycled Plastics (NRP) and Municipal Solid Wastes (MSW) that are Currently Landfilled in the Fifty States,” summarizes information on nonrecycled plastics and total municipal solid waste in each of the 50 states and quantifies the potential energy and economic value of recovering this material.

Given that the study looked exclusively at municipal solid waste, the actual amount of recoverable materials in the U.S. and the energy values associated with them are likely greater than those included in the scope of this study.

To learn more about the current state of waste-to-energy technologies, attend the Waste-to-Energy Exchange, scheduled for Nov. 9, 2011, in New York City. The event is being organized by Greener Package and the American Institute of Chemical Engineers’ Institute for Sustainability. 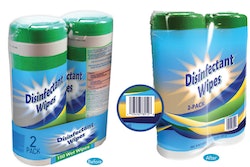 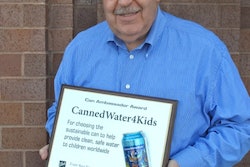 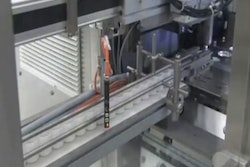