Standards, ease of use, good merchandising, and simplified footprints were among the primary recommendations of retailers to professionals in the corrugated packaging business.

Those were issues raised last fall when the Corrugated Packaging Division of the Technical Assn. of the Paper and Pulp Industry (TAPPI) held a conference in Indianapolis. One panel included several retailers discussing their goals for food packaging in the future. General Mills’ Davide Friedman, in his End User Committee report on the session, described how Bruce Peterson of Wal-Mart and Greg Murphy of SuperValu discussed the merits of corrugated containers vs the merits of returnable plastic containers.

Retailers have an issue with personnel turnover, so ease of use becomes more important where training is involved. Both representatives at the TAPPI conference lauded the returnable container industry for first developing standard footprint sizes, and they noted the corrugated companies have followed suit.

There was no one simple answer to the question of one-way corrugated vs returnable plastic containers. In fact, some claimed the best container varied by product, and that an integrated approach using both types of containers would probably be the best. After all, according to Wal-Mart’s Peterson, the box is just a portion of the whole logistics system.

Logistics is the new buzzword in distribution. It includes several functions beyond packaging. Both primary and secondary packaging—whether one-way or returnable—become much less important because, Peterson says, they become just one part of the entire logistics system.

“Rigorous inventory management” is one phrase that’s being applied to new programs for logistics. Retailers are trying new ways to manage their product selection more in tune with what customers expect.

What’s new about that? Not much, as store merchandisers or category managers or directors have always worked hard to anticipate what their shoppers will be attracted by, several months in advance. It’s one reason these buyers attend toy shows, food shows, expositions of products in almost every product category.

Over the years, we watched with interest the heavy influence that retailers in Europe have exercised over product manufacturers. And we’ve observed much the same beginning to happen here in the United States. Some manufacturers have employees dedicated to selling only to a single account, and we’ve watched those companies’ fortunes rise or fall depending on the sustainability of business with those monster accounts.

The most recent scenario in this vein is the rise of Wal-Mart and the probable corresponding decline of Kmart. Companies tied closely to Wal-Mart are aggressively adding capacity, while those firms that did a high percentage of business with Kmart are retrenching.

So manufacturers not only have to worry about their products and packaging being attractive to consumers, now they also have to ensure that they tie their business fortunes to the retailers that are growing. In a financial way, that’s always been true.

If these retailers figure a way to nimbly use the additional data promised by the purveyors of logistics systems, it’s possible that long-term partnerships between manufacturers and retailers could become a thing of the past as retailers continually search for the newest new thing. The irony here is that while retailers are searching for the products that will make customers more loyal to their stores, they may be sacrificing the loyalty of the manufacturers that service them. 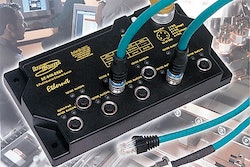 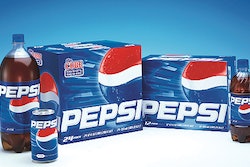 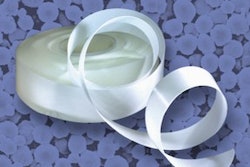