Food waste has been grabbing headlines lately based on reports that as much as 40% of food produced in the U.S. is never consumed due to waste and spoilage.

But the other side of that coin is the necessity of preventing consumption of tainted or spoiled food. The Centers for Disease Control and Prevention (CDC) estimate that there are about 48 million cases of foodborne illness annually, the equivalent of sickening one in six Americans each year. And each year these illnesses result in an estimated 128,000 hospitalizations and 3,000 deaths.

Clearly, there’s a sweet spot—somewhere between sickness and wasted food—to be hit. Active packaging sensor technologies have for some time been seen as having lots of potential in this arena, and practical, commercialized technologies are finally arriving to deliver on their promise. I wrote about one such sensor technology in August (pwgo.to/3877), one that uses a 3D printed NFC sensor to communicate packaged food vitals to whomever on the supply chain has taken custody. The prices per pack on this technology are rapidly approaching feasibility for the market given the other efficiencies the product builds into the system, but food grade, 3D-printed electronic sensors are for now only practical for more premium products.

Another emerging player in this market, Senoptica Technology, identifies defective gas-flushed meat and poultry packs using an ink-based sensor printed directly into the MAP lidding film laminate. Once the product has been packed, the sensor is scanned using the Senoptica scanning system. On scanning, the sensor will appear a different color, depending on the oxygen level within the pack. Packs can then be accepted or rejected based on the specification for that product.

The system involves both the flexographic ink printing onto one layer of laminated rollstock film for lidding MAP containers, and an automated scanning station on the packaging line that will immediately accept or reject packs. Downstream from the packaging line, distributors and retailers can access information about the packs via handheld scanners.

Rice points to ground beef, MAP-packed in a relatively oxygen-rich environment to retain a bright red color, as one practical use of this technology. Manufacturers know that ground beef respires within the package and consumes some of the oxygen afforded it. Once oxygen in the pack dips under 55% oxygen, the meat will go brown within 24 hours.

“What having a sensor printed into the packaging allows is sensor imaging as, for instance, retailers do stock rotations on the shelves of the supermarkets,” Rice says. “If pack is at 60 percent oxygen, they can choose to move it to a featured spot. It also presents them the opportunity to mark it down for quicker sale.”

It’s important to note that neither the 3D-printed NFC nor the Senoptica MAP lidding is designed to interact with the consumer. These aren’t designed to be extensions of the label for consumers to use in their refrigerator—though those certainly exist, and RFID seems to be making a resurgence. The real values for these technologies are entirely in the logistics and inventory for the handshake between the food manufacturers, any distributors that might take custody, and the retailer. 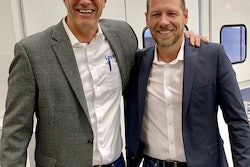 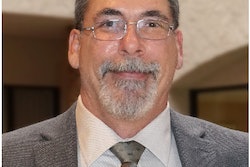 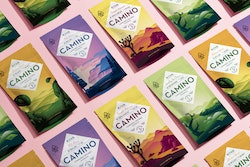 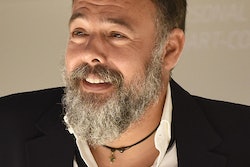