It is what it is, except when it isn’t

Although food packagers might spend most of their time contemplating the intricacies of label and manufacturing compliance, some of their energy should also should go toward making sure the food is what it is.

Now more than ever, there are forces pushing companies toward confirming that ingredients are authentic in terms of their identity and purity, and food products made from them are what they purport to be and come from where they claim to be from.

You may recall that the Food and Drug Administration’s definition of “adulterated” food encompasses an almost infinite variety of things about food that could be wrong, with only some related to safety. It includes contamination, unsafe ingredients, wrong ingredients, wrong proportions of ingredients, and so on.

Historically, part of that definition is “economic adulteration,” FDA’s term for food that’s been fiddled with to defraud or cheat consumers, but it’s usually made part of the tail end of the discussion. Indeed, traditionally one explains this realm of law by first describing what “adulterated” and “misbranded” food are. Then, it involves explaining that such illegal foods can be unsafe, and that’s why it’s so important to make sure foods are made, handled, and labeled correctly.

Almost as an afterthought, there might be mention of economic adulteration. Diluted orange juice claiming to be 100% is the classic example, or fish labeled as an expensive species when it’s something lesser.

Nowadays, though, it’s common to hear discussions of “food fraud,” which is a broader set of concerns. Thinking about financially motivated economic adulteration is a good start on the definition of “food fraud,” but it’s not the whole story. And as it happens, pinning down that definition has been a tougher project than you might expect, one that continues to occupy professionals and regulators around the world.

The Food Fraud Initiative (FFI), Dr. John Spink’s project at Michigan State University that provides training and educational materials online and other resources, defines it as “Intentional deception using food for economic gain.” That definition encompasses what FDA traditionally has thought of as economic adulteration, but also includes deception via misbranding and trademark or trade dress infringements, where the essence of the scam is substitution that may or may not also involve lower quality.

Earlier this year, the FFI asked for input on more than 250 terms in the glossary it is developing, from Accreditation to Adulterant to Preventive Controls and Written Procedures. “Establishing common definitions seems like such an academic exercise …” Spink says. “But if we don’t define the terms then we have trouble identifying the scope and finally challenges of exactly what plans to put in place.” Definitions will then be combined with the assessment and prevention plan outlines, he says, to create “best practices and benchmarking.”

Back in 2010, the Grocery Manufacturers Association (GMA) issued a study on consumer product fraud estimating “Economic adulteration and counterfeiting of global food and consumer products is expected to cost the industry $10 to $15 billion per year.” GMA identified the melamine scandals of about a decade ago as raising the profile of economic adulteration, demonstrating that it “can have global consequences, affecting consumers, companies, industries, and countries,” and making clear that safety issues are indeed sometimes involved.

GMA’s report counted as distinct categories of economic adulteration concealment (of known damage or contamination), non-disclosure (such as intentional GMP violations), mislabeling, substitution, dilution, and unapproved enhancements (such as adding melamine to milk).

As usual when food or other packaged goods are confronted with authenticity issues, packaging structures and technologies, and supply chain controls and monitoring, will inevitably play a central role in hardening defenses. If confirmation of pedigree or history is important, various packaging technologies, from latent inks and codes to radio frequency identification, will surely be part of many solutions.

Food fraud considerations are related to, but in some ways different than, what FDA requires of food packagers. A relatively new FDA requirement growing out of the Food Safety Modernization Act (FSMA) might incidentally help food makers thwart food fraud. Food makers are now required to prepare a food defense plan to help prevent ‘deliberate contamination’ intended to cause large-scale harm. Congress called for the new requirements phasing-in starting in 2019.

Because that new FDA requirement calls for companies to “identify and implement mitigation strategies to address these vulnerabilities, establish food defense monitoring procedures and corrective actions, verify that the system is working, ensure that personnel assigned to these areas receive appropriate training and maintain certain records,” it’s easy to imagine scenarios in which these controls against intentional adulteration designed to cause harm would also flag food fraud.

John Spink says his group’s efforts to raise the profile of food fraud got a huge boost when the concept was incorporated into the Global Food Safety Initiative’s (GFSI) criteria. “Food fraud compliance was ‘born’ on January 1, 2018 when it became a GFSI compliance requirement,” making it part of the criteria the group looks for when it checks for a food maker’s compliance with one or another food safety management standard, such as BRC or SQF.

If ongoing efforts at international standardization of definitions and coordination are effective, the benefits will flow to food companies and consumers alike, who will be protected against deceptive as well as unsafe foods.

Hear Eric Greenberg’s podcast of this month’s column at pwgo.to/3493. 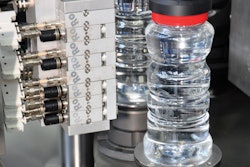 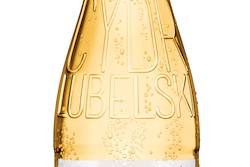 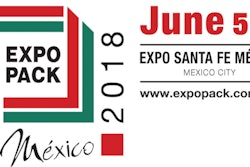 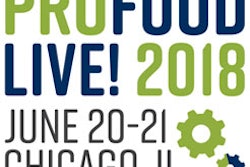