In a realm already marked by inconsistency and uncertainty, the Trump administration makes a surprise change in policy that only adds to the confusion.

In the past few years, as more and more states made medical and even recreational cannabis products lawful, I often observed with curiosity that this revolution appeared to be occurring without any loud or strong moral or legal resistance. Well, it appears that there is in fact some important resistance, and it’s coming from the national government.

In early January, the federal Justice Department made the surprising announcement that it would no longer tolerate individual states’ legalization programs for cannabis products.

Because it’s individual states who are doing the legalizing, and cannabis products are still illegal under federal law, the products were left in a kind of legal purgatory. But in 2013, President Obama’s Justice Department issued a policy memorandum saying in effect that though marijuana was still considered a dangerous drug, they would, as a matter of enforcement priorities, leave the various states’ programs alone if the states are effective at regulating the products’ safety and the products stayed within the individual states. Thanks to the memorandum, the uncertainty seemed to be eased.

Now, says the Trump administration, it has withdrawn the 2013 memorandum and won’t necessarily leave those programs alone. Instead, it will be up to the various federal prosecutors around the country to decide whether to prosecute cannabis crimes.

When the feds were tolerating the individual states’ programs, one could observe with great interest the phenomenon of the different states taking their own individual approaches to regulating edibles and smokables and other cannabis products, particularly the variations in packaging and labeling requirements from state to state. They frequently borrow standards from federal laws and regulations.

For example,Washington state law requires that marijuana-infused products be packaged in child-resistant packaging in accordance with the federal Poison Prevention Packaging Act, or meet one or another alternative specification. Among those are that solid or liquid form may be packaged in plastic four mils or greater in thickness and heat-sealed with no easy-open tab, dimple, corner, or flap, so as to thwart children and tamper-ers.

Those various state laws remain in place, but folks who think compliance with a state’s law will keep them safe from federal prosecution could be in for a surprise. If you are a believer in states’ rights and states’ role as laboratories of experimentation in democracy, you probably spit out your coffee when you heard about the memorandum’s withdrawal. Well, clean yourself up and pay attention, because it’s not clear what federal prosecutors will do next. 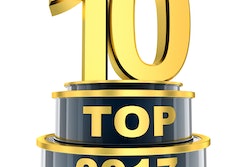 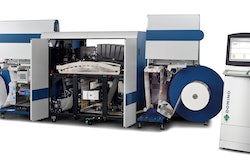 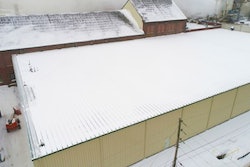