California regulators have, unhelpfully to the confused, amended Proposition 65’s implementing regulations, effective in August of next year.

When it appeared in the mid-1980s, the California ballot initiative formally known as the Safe Drinking Water and Toxic Enforcement Act of 1986 turned the world on its head. It was kind of tricky in the way it addressed perceived safety concerns about chemicals with which Californians came into contact. Its safe water provisions fell on California-based providers of drinking water, but its provisions about exposures to carcinogens and reproductive toxicants in consumer products and environmental and industrial settings have become essentially a world-wide law as companies who want to sell products in California work hard to make sure they comply with its requirements.

Prop 65 called for state officials to list chemicals it “knew” to be cancer-causing or reproductive toxicants, then it got cute. Did it ban those chemicals? No. Did it limit the levels at which people could be exposed to them? No. All it did was require those exposing people to the listed chemicals to give a clear and reasonable warning about the exposure. Still, what a headache for industry.

The state would also issue for at least some listed chemicals so-called “safe harbor” levels, below which you wouldn’t have to provide the warning and wouldn’t face liability for violating the law. Chemicals for which there were no safe harbors left the burden on the exposer to figure out if the exposure presented a “significant risk” and if so, to provide the warning or face monetary penalties.

If you’re a packager of insecticide or paint thinner, you might not care about that warning, but if you package a food product or a household product you would rather consumers think of benignly, the warning presented you with a serious problem. You could avoid potential liability by simply not selling your product in California, but that’s a big market to skip. You could, instead, reformulate rather than warn. And therein, I suspect, was the essential goal of the law in the first place: to force companies, indirectly, to stop using some chemical substances.

Now come significant amendments to the way warnings are provided for listed chemicals. The new warning regime is effective August 30, 2018, but you can start using it now if you like.

For those who get itchy over government interfering in all aspects of life, you might want to avert your eyes rather than read the new regulations. It’s startling to read a turgid, complex set of new regulations during an era when federal officials are so anti-regulation that their approach is a superficial numbers game, eliminating 2 for every new 1.

The new rules cover the content of warnings and the method of transmission, and some are completely new. (California regulators made a complex special rule in the past year or so for how to warn about exposures to bisphenol A, which is listed as a reproductive toxicant.)

The packager or other responsible party has to either affix a label to the product with a compliant warning or give written notice to the retail seller’s agent together with a series of required informational details and warning materials themselves, including labels, labeling, shelf signs, or tags or warning language to be used for Internet sales. And those notices have to be updated within 90 days of a new or different chemical or endpoint (cancer or reproductive toxicity) being added, and renewed within six months during the first year of effectiveness, then renewed annually after that.

The warning itself is being re-worded. It won’t be the old, This product contains a chemical known to the State of California to cause cancer (or reproductive toxicity ). Instead, labels for consumer products (but not foods) will have to have a symbol with a black exclamation point in a yellow triangle with a black border, and the word WARNING in all caps, and the words, “Cancer—www.P65Warnings.ca.gov” and signs and other sources of warning will need to provide a wordier version that names the specific chemical(s) being warned about. And food labels will have to name the specific chemicals, but won’t need the symbol.

It’s been something of a running half-serious joke that the proliferation throughout California of Prop 65 warnings have lessened their effect. This warnings makeover seems aimed at drawing more attention to them. Maybe it will ease the transition that packagers worldwide are already accustomed to putting lots of effort into Prop 65 compliance. California says “jump,” and packagers now say “how much higher?” 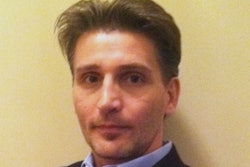 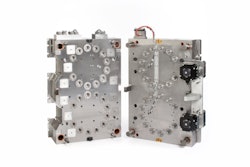 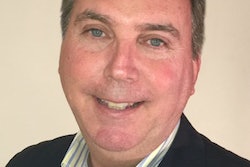