One has to talk the talk in order to walk the walk.

Packaging has its own jargon, a rich glossary for a multifaceted field. Because packaging is ever-present and affects daily life, it’s constantly written about and talked about, but not always with the correct usage of terms. Such misuse is more likely to be committed by laypeople, but people involved in packaging are not exempt. No one is a walking glossary, myself included. Still, the following examples of imprecision and incorrectness are worth knowing and worth avoiding.

Cardboard. The term is accurately descriptive, if taken literally: a deck of cards is made of cardboard. But that namesake use implies a certain thickness in addition to limitations as to other uses, explaining why the phrase, cardboard boxes (shippers), is inaccurate. On the other hand, the phrase, cardboard folding cartons, paints a too generic image if the involved material has a more specific name, such as chipboard, solid bleached sulfate (SBS), etc.

Fiberboard, corrugated board. Both are made of paper (pulped fiber). The more specific term, corrugated (as explained above), always should be used for that material, although corrugated board is a type of fiberboard (a.k.a. fibreboard). That does not mean that fiberboard is the default term for boards other than corrugated. Solid fiberboard, for example, is the correct designation for a structure consisting of plies of paper laminated together, and is an alternative to corrugated in box-making and other applications.

Single, double, triple. Those designations of corrugated can be confusing, in that they aren’t necessarily self-defining. Single face is a medium (flutes) glued to one facing (linerboard), a combination used for wrapping and cushioning. Single wall (also called double face) is a medium glued between two facings and is the combined board used for the majority of corrugated boxes. Double wall is two media and three liners, chosen for heavy-duty use. For even more heavy-duty use, there’s triple wall, a combination of three media and four liners. Sadly comical, there have been instances wherein buyers requested a quote for a particular corrugated construction, having confused it with a different one.

Stretch-wrap, shrink-wrap. The difference is contained in the names, themselves; nonetheless, they sometimes are wrongly interchanged. Stretch-wrap is applied by, well, stretching the film around the item(s) held. Shrink-wrap performs true to its name by the application of heat, causing the film to shrink around the item(s) held. When a personal-injury lawsuit, for example, cites the collapse of a shrink-wrapped pallet load, it’s a certainty that the wrong term has been used.

Biodegradable, compostable. Especially as applied to plastic packaging, the terms confuse consumers and tempt marketers to use them elastically. Biodegradable describes disintegration by microorganisms, something to which all plastics are subject──the often unmentioned fact being that the process can take centuries. Compostable describes disintegration by microorganisms, to yield a soil-enriching by-product, over a commercially-viable period──the often unmentioned fact being that the required moisture, temperature, and bio-load conditions require a municipal/industrial composting facility.

Tamper-proof, child-proof. It’s the proof-part of the terms that make them inaccurate, misleading, and potentially dangerous. The terms convey the false impression that the particular feature (seal or closure) is inviolate. The preferred terms are tamper-evident and child-resistant. The former, while not a guarantee against tampering, is a reliable safety feature because it provides indication of the unlawful act. The latter, while not a guarantee that a child won’t “solve” it, is a reliable safety feature because it makes the “solving” difficult, having passed applicable standardized test protocols.

Coextrusions, laminations. To refer to a “multilayer” coextrusion or a “multilayer” lamination──as is sometimes done──is redundant because the structures are of such nature inherently. Of greater concern is the tendency to confuse the two. The layers of a coextrusion emerge from the die simultaneously and are combined at that same time. A lamination consists of separately-formed substrates later joined by one or more tie layers. Coextrusions and laminations embody multiple layers to achieve what no one layer can achieve alone. That said, coextrusions use materials that flow when heated, whereas laminations can combine materials that are more chemically diverse, such as plastic, paper, and foil.

Blisters, clamshells, trays. What the trio shares in common is that they are thermoforms, that is to say, made of polymer that is softened by heat before being drawn to the contours of a mold. Despite the fact that some suppliers classify the clamshell as a type of blister, those two, in addition to a tray, are different enough to deserve individual classification. In terms of fundamental differences: blisters sometimes are sealed to cards, and other times have multiple cavities (i.e. unit-dose packaging); trays can have more than one compartment, also, but typically have a deeper draw than do blisters and are closed with a lid or seal; and, clamshells are made from a single sheet, hinged, folded over, and sealed (admittedly, so securely that they are notoriously difficult to open).

Tin foil, aluminum foil, metallizing. Tin foil, as a synonym for aluminum foil, is an outright misnomer; however, “wrapped in tin foil,” is a phrase that remains in present, albeit dwindling, use. Tin foil is more of a misnomer than is tin can because at least the can is made of tinplate steel. Aluminum foil is the metal rolled to a specified thickness and hardness and is unsurpassed among flexible packaging materials as a barrier against light, moisture, and oxygen. The metallizing of packaging is not a process of spraying, as it has been sometimes described; rather, the process is that of aluminum vaporized inside a vacuum chamber and deposited on a substrate, for example, paper, PET, OPP, and nylon. Depending on the substrate and the thickness of the deposit, the barrier properties of a metallized substrate can approach those of aluminum foil, but at lower cost. Aluminizing is a term of more recent coinage, accepted as a synonym for the metallizing of packaging.

Professional, not-so-much. Not that those two are commonly confused; to the contrary, they are easily distinguished, one from the other. A reliable differentiator is having a working vocabulary that functions as the vocabulary of work. 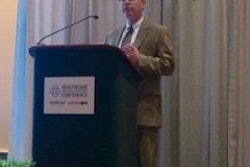 Serialization Lessons from a CMO 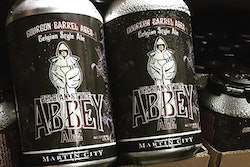 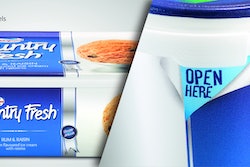