An environmental advocacy group wants to have food labels identify the materials they are packaged in.

Believe it or not, “Hahahaha” is not the correct response to this proposal. If they get their way, it would turn the regulatory treatment of packaging essentially on its head.

Clean Water Action, a California environmental group, is asking state legislators to require disclosure of food packaging chemicals on the label. They explain that substances migrate from packaging and other food contact surfaces into food, allege that they aren’t assured to be safe in all cases, that the federal system of clearing materials and having individual companies assure their safety is inadequate, and therefore their presence needs to be revealed right on food labels. They say trade secrets about chemical ingredients should be prohibited, that “Disclosure should be based on the presence of a chemical, not an estimate of exposure,” that models relying “on risk estimates are inadequate.” The group says it has concerns about synergistic effects and the effects of mixtures of chemicals.

The group’s August report, “What’s In The Package? Unveiling the Toxic Secrets of Food and Beverage Packaging,” also compares the minute levels of packaging material substances that migrate into food to inactive ingredients that are used in making drug products. There is an FDA regulation that specifically exempts substances migrating to food from packaging and other contact surfaces from having to be listed as ingredients on food labels. This proposal would undo that.

CWA is appealing to state legislators because they believe FDA and other feds have fallen down on the job of preventing unsafe exposures.

CWA also wants California officials to “review all indirect food additives currently in use in packaged food products sold in California” and determine whether they have been shown to be safe via sound scientific research; if not, “the state must require that the research be conducted within a narrow time frame….”

The report makes only passing reference to a key reason the food contact framework is valid and appropriate: the very, very low levels of exposure. To say a chemical is present and dangerous is not the whole story—you need to know about the levels. As a polemic, the report is based on essentially the equation presence plus potential danger at high levels equals danger, contenting itself instead to assume and contend that danger lurks in the unknown.

The report makes sweeping generalizations about safety concerns for the whole world of packaging materials, but points again and again to BPA, a uniquely controversial example.

The report appears to point to objections similar to those made about the FDA’s Generally Recognized As Safe program relating to food ingredients, and as with that set of objections, this report is more a matter of theoretical concerns rather than actual ones.

This has been my pet peeve for, oh, decades: That science can tell us what can be detected, that sometimes what’s detected can raise safety concerns at much higher levels of exposure but that it’s not a danger at that low level, but that the public doesn’t get that.

The premise of the report is that nothing short of complete government regulatory pre-approval and full transparency can protect the public. The evidence is to the contrary. There are a few limited examples, as there probably always will be, of chemicals of emerging safety concern, but overall the program appears to be working effectively.

Leaving aside for a moment whether this really is a problem in need of a solution, can we at least briefly pause and consider whether a complex, legally imposed bureaucratic solution is the best next step here? Like probably most people, I am not a knee-jerk believer in either the wisdom or the ill-advisedness of government action.

There are remedies and preventive measures other than comprehensive government regulation. Corporate compliance programs that require audits and compliance with private international standards are one example, and the threat of tort liability is of course another. Both already exist. In my experience, the companies in this business are willing to and do go to a great deal of trouble to assure that their uses of substances are safe. Even packaging companies who are new to me usually report having a long history of careful compliance practices.

Would it be better if regulators, industry and consumers all had a better handle on the cumulative exposures to packaging chemicals? Yes, maybe, theoretically, but only if it led to better protection of health. Well, would that information lead to better protection of health? Probably not, simply because the packaging chemicals are likely not threatening health at the levels to which consumers are exposed. In the meantime, would labeling foods with the packaging chemicals they contain help consumers? No. It would unduly frighten and confuse them—this issue is the same one we see over and over when advocates call for disclosure of information that regulators and others say isn’t a health issue—plaster it on the label and consumers will think it IS a health issue and take steps to avoid it.

Also, if these proposals get made into a state law in California, there are almost certainly going to be legal challenges to the law on the ground that federal law preempts it, or that it’s prohibited as an undue burden on interstate commerce, per the U.S. Constitution.

This is the wrong solution to a misidentified problem. 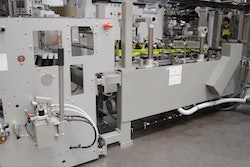 If you need premium packaging for your Bakery or Snack Food products, you should talk to ICA USA! 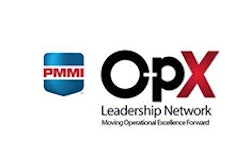 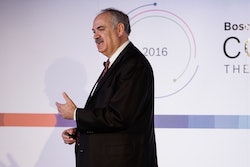 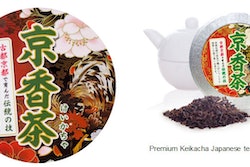