Cracks in the foundation of FDA enforcement?

We regularly look at FDA enforcement statistics and try, often in vain, to see trends.

Maybe we’ve been looking in the wrong place, because a recent court decision might reflect a trend of its own.

First, let’s talk stats. It’s a truism that FDA-regulated businesses, not the regulators, bear the primary burden of assuring they get and remain in compliance. So the numbers of FDA enforcement actions are always destined to be small in relation to the hundreds of thousands of regulated businesses. Some years they go up, sometimes down.

In fiscal 2015, FDA says it made 11,319 inspections of domestic facilities, down from 13,145 the year before, and 2,149 foreign inspections, down from 2,734. The most active of FDA’s centers is the one with responsibility over foods, including dietary supplements (and cosmetics), the Center for Food Safety and Applied Nutrition.

As always, the figures on FDA’s biggest enforcement remedies were small numbers. Fiscal 2014 seizures: 1, down from 4. Injunctions were 21, up from 10. FDA’s stats don’t specifically break out its numbers of criminal prosecutions of companies and responsible individuals, though those are usually comparably low.

Second, let’s examine that court decision. In a recent prosecution of individuals for marketing adulterated food, appellate judges took a harder look at the question of when individuals can be held criminally liable even if they didn’t intend to violate the law. That question has been, for decades, a huge threat looming in the background of all FDA enforcement actions. The threat of fines and imprisonment of responsible individuals, though more threat than reality because FDA uses this power only rarely, has been a big incentive to regulated businesses to avoid making or selling adulterated or misbranded products.

The reason is often referred to as the Park Doctrine, because it grew largely out of a U.S. Supreme Court case, U.S. v. Park, in which the court confirmed that it didn’t violate the US Constitution to hold a corporate officer criminally liable when his company marketed products that violated FDA requirements, even if the officer didn’t intend to violate the law. He was convicted of a misdemeanor, not a felony, but was branded a criminal nevertheless.

It’s unusual to have a law that can brand someone a criminal without their ill intent having to be proved. (In fact, when, in July, FBI director James Comey testified to a Congressional hearing about Hillary Clinton’s emails, he commented at one point that in the federal criminal system, there are only a few examples of crimes not connected to specific intent. “They’re mostly...in the environmental and Food and Drug Administration area,” he said.)

So what did these judges say that makes us look at this doctrine differently? Well, first, it’s important to note that this three-judge appellate court upheld the defendants’ conviction, so we’re examining not a new precedent but a set of challenging thoughts from the judges.

In the case, Jack and Peter DeCoster pled guilty to misdemeanor violations of the Federal Food, Drug and Cosmetic Act for “introducing eggs that had been adulterated with salmonella enteritidis into interstate commerce.” They were sentenced to 3 months in prison each, but they argued that prison sentences, as opposed to fines, were unconstitutional, specifically a violation of their due process rights (and also of the 8th Amendment for being not proportional to their crimes).

The court’s majority opinion said, nah, it’s constitutional to impose some criminal penalties even when the defendant didn’t specifically intend to violate the law, when what’s involved is a “public welfare offense” (something harmful to the public welfare) and the penalty is “relatively small” and “the conviction does not gravely damage the defendant’s reputation.” And they said the three-month sentence didn’t, especially since Congress set the law up this way, to place the highest burden of responsibility on corporate officers, as a way to protect the health and well-being of the public.

The defendants tried to argue that this doctrine imposed “vicarious liability” that is, responsibility for the actions of others at the company (namely, their subordinates), and that that is unconstitutional. No, said the appellate court, they aren’t being held liable for the actions of others, they are each liable because of their own “failure to prevent or remedy ‘the conditions which gave rise to the charges against him.’”

One of the other judges dissented and said he thought this conviction does indeed impose vicarious liability, noting that prior cases that upheld criminal convictions without showing intent did not involve imprisonment, but this one does, and that makes it a due process violation.

And the third judge concurred in the result but wrote a separate opinion in order to make the point that he thought the Park doctrine did in fact require a finding that the defendant was negligent in some way.

Where does this leave us? Time will tell, because the appeals in this case might not be over and similar debates could arise in other, future prosecutions. For now, it’s still accurate to say that some manner of liability can attach to responsible individuals at companies that market products that violate the act. What’s less certain now is what kind of liability that is, and what needs to be proven to make it stick. 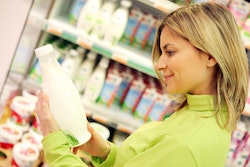 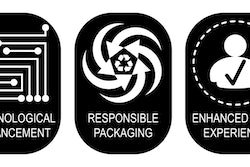 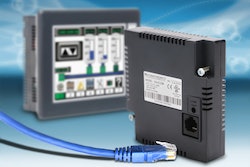 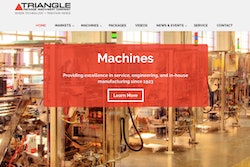