You never know what you might come across at a trade show.

But when I recently boarded a CTA Blue Line train heading for the Private Label Manufacturers Association show out near O’Hare, little did I know that waiting for me at the Rosemont Convention Center was something called Pixie Dust. That’s the code name given to a patented “liquid-to-gas” sterilization method that’s said to be a new and economical way of sterilizing flexible packaging. Las Vegas-based Performance Packaging, a supplier of flexible packaging as well as folding cartons, is behind the technology, but that firm’s president, Rob Reinders, isn’t providing many details. At least one patent is in place, but more have been applied for, both provisional patents and full patents. Thus the tight lid on details.

Reinders says that the development is largely the work of Joseph Dunn, a Ph.D. with more than 30 years of experience in industrial biochemistry and microbiology related to packaging research. Dunn is also, says Performance Packaging, the inventor of the use of pulsed light to sterilize packaging materials, and he’s the author of more than 25 patents related to packaging industry safety processes. Pixie Dust, says Dunn, features GRAS (Generally Recognized as Safe) materials and is a cost-saving alternative to conventional methods of sterilization such as hot-filling, retort processing, peroxide or paracetic baths or sprays, irradiation, pulsed light, or electron-beam curing.

Mildly mystified about how Pixie Dust would replace such tried-and-true methods of sterilization in the commercial marketplace, I called Dunn to see if he could enlighten me on how it would actually play out. Like his colleague Reinders, Dunn was anything but forthcoming. But he did describe for me a little of the Pixie Dust background. It seems that experiments in the lab had him wondering if he could put some hydrogen peroxide in a bag-in-box bag and then heat the bag in a microwave oven to vaporize the liquid peroxide and, thus, sterilize the inside of the bag. But this didn’t work because as the hydrogen peroxide heated up it melted the plastic bag. Eventually, however, he came across a liquid sterilizing “agent” whose unique chemistry causes it to evolve to gas after 48 hours inside a bag-in-box bag without having to be heated up. This agent—the key to which is its effectiveness at room temperature—is the essence of this new sterilizing technology.

Dunn also shared with me at least one application of how this new technology might unfold in the real world. The specific marketplace application he described involves a new approach to sterilizing the bag-in-box bags used in huge numbers in the foodservice industry. Think 5-gal bags of pasteurized milk or refrigerated fruit juice dispensed at a hospital or college dorm cafeteria, for example. Currently most of those bags must be sent from the bag maker to an irradiation facility for sterilization of their insides before they go to the juice or dairy plant where they’re filled. Think about how much more efficient it would be if bag makers like Scholle, for example, could remove the top fitment of a bag, put a small drop of Pixie Dust sterilizing agent inside, and put the top fitment back on. As Dunn put it to me on the phone, “the bags would sterilize themselves during shipment.”

“Regarding specific economic benefits of Pixie Dust, we have dramatically reduced the cost of the sterilization process so that an amount of, for example, about one cent of agent will treat approximately 750,000 pouches,” says Dunn. In contrast, large volumes of expensive, high-concentration H2O2 combined with hot, sterile air are required to sterilize a similar number of packages.

“We see ourselves not only as licensors and suppliers of this technology, but also potentially as a supplier of equipment designed to perform inoculation of Pixie Dust into preformed bags,” says Dunn.

I have to admit it sounds mighty intriguing. If only I could stop wondering what Tinker Bell would make of it all. 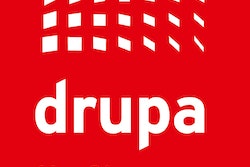 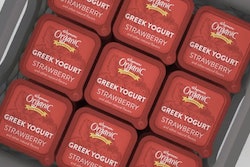 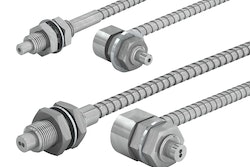