Packaging and its partners

When packagers speak of packaging, frequently they are referring to the physical structure holding a product.

Of course, most packaging, and retail packaging in particular, is usually covered to some degree by label content, so sometimes people refer to a product’s “packaging” when what they are referring to is labeling. The best way to avoid potential confusion is to remember that packaging includes the physical structure as its labeling.

It’s also been a longstanding contention, and not original with me, to note that packaging as such plays an important role in making a product safe, both in terms of the protective and preservative functions it can serve as well as the directions, warnings and other information that might be contained on the labeling. In fact, it’s most accurate to say that what makes a product safe for consumer use is often a combination of its physical characteristics (chemical formulation for example), plus the way it is packaged (unit dose is an example), plus the statements on its labeling (most notably directions for correct use and warnings about when not to use it). [A note about terminology: The legal definition of “label” refers to written, printed or graphic matter on a product’s immediate container, while “labeling” means the label, plus what’s on any outer container or wrapper, or otherwise accompanying the article.]

In fact, when companies get sued for product liability based on the allegation that their product is “unreasonably dangerous,” the crux of the allegation is often that the product labeling lacked one or another warning against a potential hazard presented by the product, not that it was made incorrectly, or that its ingredients were toxic, or other such hazard. The alleged defect that makes the product unsafe, in essence, is often alleged to be in the words that do or do not appear in the labeling.

Given this, it’s not surprising that both industry and regulators use labeling statements frequently as tools to contribute to product safety, for example by including instructions or warnings, or, in the case of products required to feature tamper-evident packaging features, by including notice to consumers of the presence of those features. In this sense, the package structure and the labeling statements are partnering up to enhance a product’s safety.

Occasionally, even the design of the product itself, not its packaging, is partnered up with labeling statements in order to enhance the product’s safety. Recently, FDA announced that, with respect to an extended-release opioid analgesic, it had approved “labeling describing the product’s abuse-deterrent properties.” The announcement was about the labeling statement, but the product’s abuse-deterrent feature is what’s really interesting: Some opioid pain reliever capsules are actually designed in such a way that when they are crushed, they won’t create the same euphoric effects that they would if swallowed whole. FDA says this won’t completely prevent abuse, but is expected to reduce it among those who try to crush the capsules and then eat them, or to snort them. Another opioid product was previously cleared by FDA that blocked its own euphoric effects when crushed and snorted, or even when crushed and injected.

An FDA task force found that over 15,000 people died in the US in 2009 from narcotic pain reliever overdoses, and related hospitalizations and emergency room visits have increased in recent decades.

FDA has embarked on a project to try to tackle this abuse by a variety of techniques, and those new product approvals were pursuant to a draft guidance document, “Abuse-Deterrent Opioids—Evaluation and Labeling.” The document discusses the importance not only of creating product features designed to reduce abuse, but also then crafting appropriate labeling statements about the features, so as to, on the one hand, notify prescribers and users of the feature, but to not, on the other hand, overstate the feature’s effectiveness. The document explains that, depending on the data a manufacturer generates, FDA contemplates “four general tiers of claims available to describe the potential abuse-deterrent properties of a product.” They are:

Tier 1: The Product is Formulated with Physicochemical Barriers to Abuse

Tier 3: The Product is Expected to Result in a Meaningful Reduction in Abuse

Tier 4: The Product has Demonstrated Reduced Abuse in the Community

In fact, FDA has specifically singled out packaging structures as possible sources of help. Back in April, it sought public comments about “new designs as well as enhancements to existing designs” for innovative packaging, storage, and disposal systems, technologies, or designs “that could be used to prevent or deter misuse and abuse of opioid analgesics by patients and others.” FDA is currently looking over the comments.

Also, FDA announced last year some special labeling changes and other requirements for all extended-release and long-acting opioid analgesics, including a new boxed warning about use during pregnancy.

When, as a packaging professional, you are challenged by a safety issue, remember that packaging structures and product labeling, and even the products themselves, may be fertile ground for creative solutions. 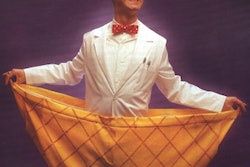 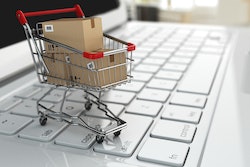 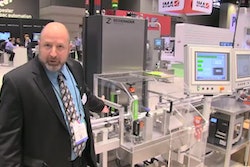