Poison packaging is an ongoing process

If you take a quick glance through the list of household products the law requires to have child-resistant packaging, you might think you’re looking at a game where the object is to make a list on which each thing has the least imaginable connection to the thing before it: aspirin, furniture polish, methyl salicylate (oil of wintergreen), controlled drugs, and so on.

Take a closer look and you may begin to see that it’s not just a collection of random substances, because lawmakers have good reasons to do the things they do. (Quit that laughing.) In this case it’s true: the very good reason for making this list is that all the substances and products on it have the potential to poison children, and are therefore required by federal law to be specially packaged to help prevent that from happening.

The federal law that requires it is the Poison Prevention Packaging Act, and it’s administered by the federal Consumer Product Safety Commission. CPSC is tasked with protecting the public from unreasonable risks of injury and death from consumer products, and has jurisdiction over 15,000 or so such products.

Though the phrase “child resistant packaging” is thrown around as often as cynical remarks about politicians, the law refers to the packaging designed to keep kids out as “special packaging,” and defines it in a way that tries to strike a balance between the need to keep kids out and the need to make packaging that is usable by adults. The law defines this kind of packaging as meaning “packaging that is designed or constructed to be significantly difficult for children under five years of age to open or obtain a toxic or harmful amount of the substance contained therein within a reasonable time and not difficult for normal adults to use properly, but does not mean packaging which all such children cannot open or obtain a toxic or harmful amount within a reasonable time.”

The PPPA has been around since 1970. CPSC can add products to the list, but recently an addition to it has been floated by Congress.

With the emergence in recent years of e-cigarettes has come a new prevalence of concentrated liquid nicotine to use in them. It’s often packaged in small vials or bottles. The American Association of Poison Control Centers, “a nonprofit organization dedicated to actively advancing the health care role and public health mission of our members through information, advocacy, education and research,” has these products on its radar. They report a 291% increase in reported exposures to e-cigarette devices and liquid nicotine. The number was under 300 in 2011, and over 1,900 so far in 2014.

Of the reported “exposures,” which the Center says includes poisonings and overdoses but also simple contact through skin, eyes, ingestion or inhalation, a little more than half have involved children under six. Even exposure to skin can cause illness including nausea and vomiting.

A bill introduced by Senator Bill Nelson of Florida, and other senators, would add liquid nicotine containers to the list, and it would require the CPSC to make regulations providing for special packaging of those products. Nelson said in a written release, “There’s enough nicotine in some of these bottles to kill small children, and even if a small amount spilled on a child’s skin it could make them extremely ill.” Senators expressed concern that the products have names like “Cotton Candy” and have brightly colored packaging and enticing aromas that could make them especially attractive to small children.

Remember that Congress gave FDA power to regulate tobacco products just a few years ago, and they are putting in place a variety of measures. This requirement, if it were to pass, would be different from and in addition to any labeling, packaging, or product-related requirements that FDA promulgates.

Adding liquid nicotine containers to the list of PPPA products would have additional ramifications, said Charles Joern, a Chicago-area attorney who concentrates his practice on consumer product safety matters. “The PPPA requires that special packaging meet certain performance specifications,” he notes. “That means importers or U.S. businesses that package these items also must formally certify the packaging conforms to CPSC regulations. You can’t just comply with the PPPA performance regulations, you have to further certify in a separate document that your packaging complies.”

Whether this new addition to the PPPA will be made can be hard to predict, given that it has to get through Congress. In the meantime, it might not be a bad idea for packagers to review the already-listed substances in the regulation at 16 CFR 1700.14. 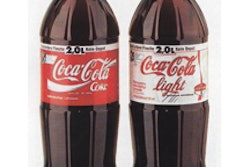 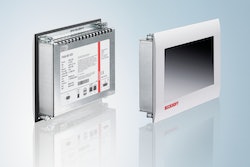 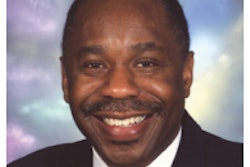 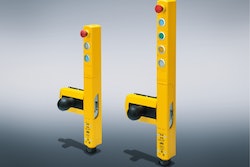