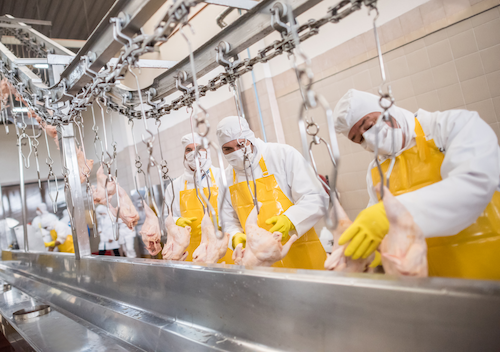 Numbers vary according to the source and date, but a June 22 Food & Environment Reporting Network article reports that at least 32,000 cases and 109 deaths among U.S. food-system workers* have been reported, a number it claims is likely low. (*Figures include approximately 2,800 farm workers.)

The meatpacking industry in the U.S. has been hit the hardest, with an estimated 249 plants being affected. Nebraska, Iowa and Kansas report the highest numbers of individual cases among meatpacking employees. Food processing plant outbreaks are estimated at 84, with Colorado, Washington and California reporting the highest number of affected facilities.

Facility outbreaks in Brazil, Canada, Australia, Ireland, Spain, Germany, France and the United Kingdom, have followed suit. According to a May 22 article by France 24, 949 of 2,000 employees at a Cargill beef processing plant in Alberta, Canada were infected, and two died. The BBC reports that of the 560 workers at a meat processing plant in Anglesey, United Kingdom, 158 have tested positive, leading to a plant closure and a delay of the June 29 re-opening of local schools.

What is it about the meat processing and packaging industries that make them so susceptible? The plant environment is highly conducive to the spread of coronavirus. Cold, damp, refrigerated facilities requiring workers to be in close proximity and to shout over loud machinery increases the spread of virus particles in the air. Some plants house workers in local dormitories, increasing the proximity and length of time they spend together. Also, migrant workers employed by the plants may not have benefits such as healthcare or sick pay to fall back on should they become ill. According to the Environmental Working Group, coronavirus infection rates in communities within 15 miles of meat plants are twice the national average.

Plants in the U.S. have struggled through the pandemic, initially closing as reports of infected workers rose, but then re-opening as the the Defense Production Act was enacted in April.

Tyson Foods, whose meatpacking plants have been the hardest hit according to Statista, shut its plant in Storm Lake, IA despite the Defense Production Act after 22% of its workforce tested positive. It also shut a plant in Logansport, IN but was able to re-open with new safety measures in place. 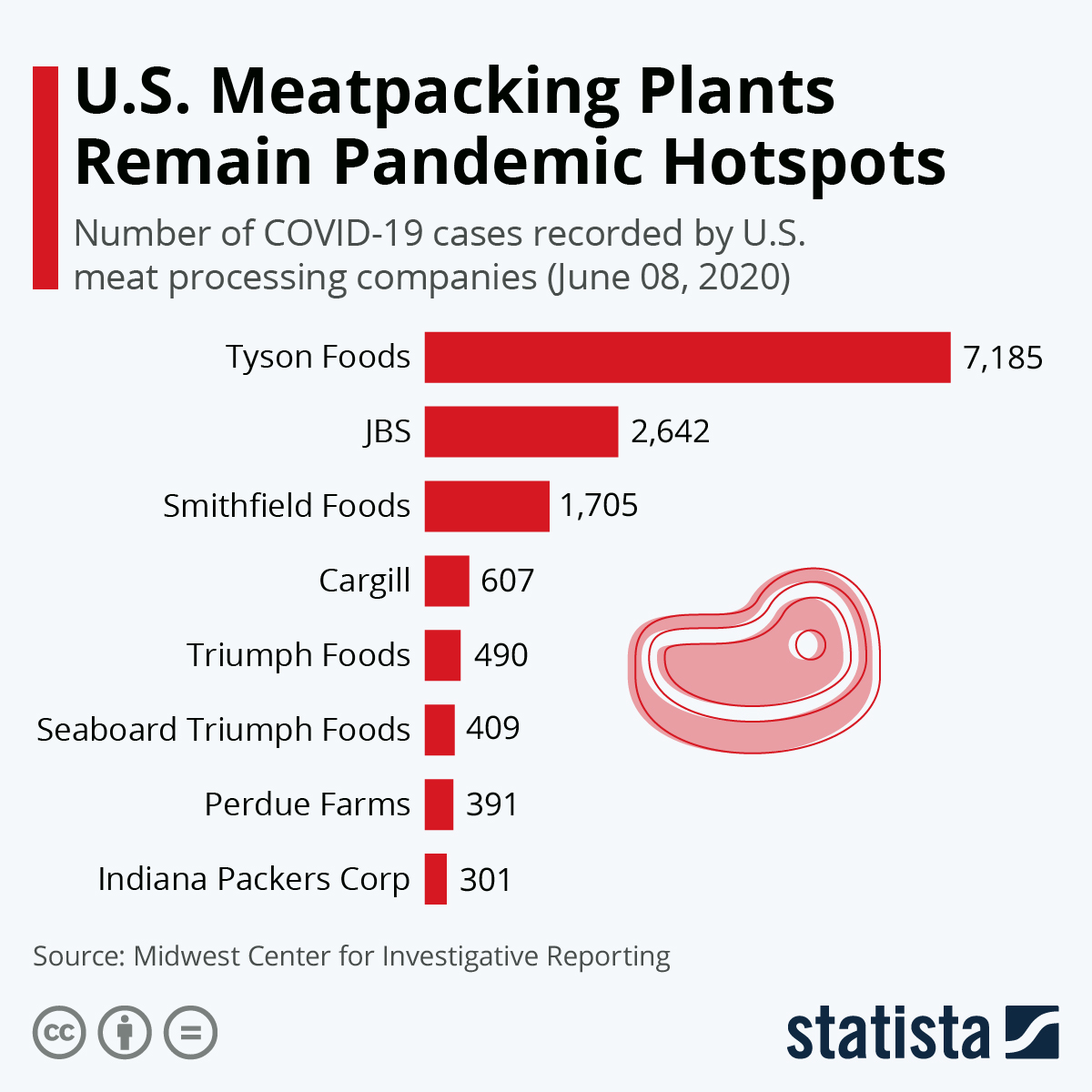 The CDC has made recommendations such as face coverings and face shields, social distancing “whenever feasible,” slowing production lines, enhanced cleaning measures, and temperature monitoring.

In Germany, according to the BBC article, the government is requiring that workers be employed directly by the company, and in the United Kingdom the FSA has issued guidelines that include staggering start times and break times, personal protective equipment (PPE), and enhanced cleaning.

Learn what attributes consumers value in sustainable packaging and their willingness-to-pay for those attributes to develop a strategy that results in profits.
Jun 30th, 2020