What does it portend when an iconic brand and a mega-retailer collaborate on product development?

Hostess Deep-Fried Twinkies debuted as a Walmart exclusive, first in a select number of its stores and later in a rollout to all of its stores. Walmart claims that it received prototypes and that it gave feedback regarding taste, appearance, name, and packaging. Walmart portrays itself as a co-developer, stating in its blog, Walmart Today, in a post written by John Pearson, Sr. Buyer-Frozen Foods, “And thanks to Walmart, Hostess is growing by entering the frozen food aisle for the first time ever.”

That’s quite the road traveled, given that in 2012 Hostess was hamstrung with a workers’ union strike and declared bankruptcy, resulting in a halt in the production of Twinkies. That same year, the article, “The future of Twinkies provide packaging professionals with food for thought,” appeared in the November 29th issue of Packaging Insights. The article took the position that iconic brands have phoenix-like powers, and that Twinkies would reemerge under new owners. By the next year, Twinkies were back on store shelves, the brand having been acquired by an equity group. The article also remarked of the then yet-to-come-forth buyers, “Maybe the new owners will believe that Hostess has been too conservative with the Twinkies brand and will want to explore product-line extensions.”

Twinkies are available in every retail grocery chain. So why limit the launch of a product-line extension to Walmart? It’s not that deep-fried Twinkies are new, fraught with risk; to the contrary, they’ve been a favorite indulgence for generations. The aforementioned post mentions that the packaged version diversifies Walmart’s freezer section. But that’s a justification that could be made by other retail grocery chains, as well, chains that will receive the new deep-fried Twinkies after Walmart’s exclusive period has expired.

Each of the major retail grocery chains have their private brands onto which the chains exert influence over product development; however, that’s an involvement distinct from the type being claimed by Walmart vis-à-vis deep-fried Twinkies. Is there a sustainable advantage to Walmart for co-developing the product, only to later have to compete against other retail grocers? And as for the near-term, is the product capable of generating meaningful foot traffic, exclusive distribution notwithstanding? Narrowing the focus further, what are reasonable expectations regarding impulse purchases?

There is no factual basis for concluding that Deep-Fried Twinkies is Walmart’s first co-development. For the sake of this analysis, it’s assumed that it is, since any others haven’t been as publicized. Just knowing that there were co-developers does not give an outsider knowledge about the authority wielded by each party. What is, nonetheless, known about product development is that it’s typical for a brand-owner to consider the retail grocery industry, but less typical to share product development with a single chain. In any event, logic dictates that, in the inevitable event of different opinions, the ultimate authority would reside in the brand-owner.

Regardless of the role played by a retailer grocer co-developer, packaging is well-positioned to adjust. That’s because packaging is an inter-disciplinary function, having to optimally manage trade-offs among the competing, often conflicting, requests of other functions. The task is not limited to inside the company (what the marketing department wants vs. what the production department wants, for example), but extends outside to include the entire supply-chain. Examples of the latter, specific to retail, include requirements that the packaging be sustainable, retail-ready, and that it makes efficient use of shelf space.

Package development should be integrated with product development rather than pursued on a separate track; furthermore, Walmart’s claim of having provided feedback on taste, appearance, name, and packaging serves as an example. Taste is affected by packaging’s ability to safeguard organoleptic qualities. Appearance is affected by packaging’s ability to enticingly present the product, either by direct view or by graphic representation. Name is affected by how prominently the packaging displays it, via colors, fonts, and size, along with associated logos.

With Walmart having been a co-developer, no one should be surprised to see other chains seeking and publicizing similar collaborations. It might even trigger a scramble among retailers and brand-owners for the most advantageous pairings. That leads the discussion back to the previously posed question of whether there is a competitive advantage to such pairings, worthy of the complexities.

A retailer policy based on teaming with a product category leader would considerably limit the scope of co-development as a competitive strategy, being that there is only one leader per category. If other category members are to be considered, what factors should be brought to bear? For that matter, what preferential treatment, if any, should a retailer accord a chosen brand? Should co-development preclude a retailer from having a private brand in that same product category? Could a brand-owner co-develop subsequent product-line extensions with a different retailer?

Walmart doesn’t sell only groceries, the offerings ranging from soup-to-nuts & bolts; therefore, possibilities for co-development are many. That being the case, other types of retailers, for example, drugstores and home-improvement, could see reason to get involved. On the other hand, why not the e-commerce retailers, maybe Amazon at the vanguard.

Competitive pressures demand that companies cast their views across all horizons relevant to corporate objectives; the challenge lies in being able to recognize the relevance. That’s how best practices are adopted. It’s not inconceivable, therefore, that a collaboration concerning a snack cake might initiate or accelerate a trend; after all, in today’s environment, the status quo can change in the Twinkie of an eye. 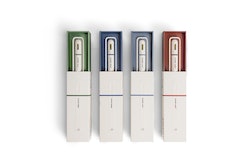 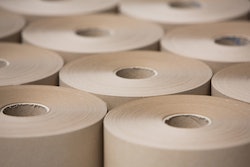 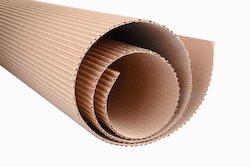