Implementing the Internet of Things incrementally

Optimizing existing technologies to integrate data is a way to increase productivity and efficiency, and it doesn’t have to all happen in one fell swoop.

Promising as it does to transform manufacturing as we know it, the Internet of Things (IoT) has created a lot of buzz. It may sound like hype or something that will only come about in the distant future; however, there is some practical truth to the sensationalism. And it’s a lot closer to reality than many realize.

First, let’s take a look at exactly what the IoT is. The Internet of Things is an environment in which smart objects such as sensors have the ability to transmit data to each other and to centralized databases without any human interaction required. While the days in which every electronic device is somehow tagged and transmitting data are unlikely to occur in the next few years, we will see more integration of data and systems in the near future.

Starting from zero and creating complete IoT requires a substantial investment in hardware, software, and networking systems. Fortunately most manufacturers already have several of the key components of IoT currently on their plant floor, and can therefore implement IoT concepts incrementally.

IoT will begin with leveraging existing technologies to create a more comprehensive manufacturing environment; one that can quickly react to changes in the marketplace. This new paradigm relies on smart equipment and flexible networking, both common enough in today’s plants.

Moreover, Consumer Packaged Goods (CPG) companies are typically more affected by market conditions than many other manufacturing operations due to their close ties with suppliers and retailers. Therefore, these companies must remain flexible and lean, making them among the businesses most likely to benefit from IoT. Furthermore, they don’t need to achieve complete IoT to benefit from its premise of integrated communications. They can instead see gains with each step taken toward the goal of complete and automated integration.

Once sensors and other sources of data are connected to controllers, the next step is connecting these controllers to advanced PC-based HMI packages. These packages offer insight into parameters such as optimal speed for quality through Overall Equipment Efficiency (OEE) dashboards (Figure 1) and other presentation tools.

According to Marcia Gadbois, Vice President of Schneider Electric’s InduSoft, “HMIs can offer much more than viewing of simple process values. By creating OEE dashboards for applications, machine operators can evaluate a process for its efficiency and make decisions based on information that is graphically displayed in an easy-to-understand context.”

Packaging is among the manufacturing environments most primed to gain from adopting OEE monitoring. Companies can use OEE dashboards to discover micro-level inefficiencies such as slowdowns and packaging defects, and they can use other HMI tools to drill down to find the root cause of these issues.

A study by a global advisory service EY called Unwrapping the Packaging Industry: Seven Factors for Success states that OEE monitoring is a differentiator in top packaging performers because it helps maximize availability and performance, while reducing quality losses.

According to the study, “Top performers use the overall equipment effectiveness (OEE) metric hierarchy. OEE is widely used in manufacturing, but is particularly applicable to packaging given that value creation is driven by the efficient conversion of a small number of costly raw materials into a product using expensive machines and a fairly fixed labor cost.”

M2M: integral step to IoT
One of the ways to see how IoT is becoming a reality is by looking at machine-to-machine (M2M) technologies. M2M refers to machines communicating directly to other equipment without any human intervention, usually through real-time controllers and HMIs. M2M is also an integral step in the development of IoT.

In today’s world, almost half of networked connections occur solely between devices, as opposed to through the Internet. From embedded sensors communicating to controllers to vision systems reporting defective parts, M2M technology is becoming more prevalent in manufacturing.

Gadbois explains, “More than ever, it’s important to explore how M2M connections can help the automation industry further improve processes.” She adds that manufacturers can benefit from this technology by taking “proactive steps to improve everything from supply-line efficiency to preventive maintenance.”

The kind of self-organized operation that M2M technologies offer helps reduce lost production time and wasted materials that result from unexpected events. The ability for a machine to communicate directly to another machine without waiting for a human to respond to an alarm saves time in situations where seconds count.

Leveraging existing technologies for interoperability
CPG companies typically purchase machines and systems from a variety of automation manufacturers and OEMs. This means they must contend with multiple programming languages and data protocols. Moreover, these companies often spend a lot of time and money to integrate various machine control systems into a single operating packaging line.

One of the best methods for integrating these systems is to use an HMI solution to communicate among the machine controllers and data collection systems. A modern HMI solution will contain hundreds of native drivers to simplify this task and deliver performance information in real time. Not only can this improve communication between machines, it can also serve as a bridge between the machine level and higher hierarchal business applications.

Gadbois explains: “It’s important to use an advanced HMI platform that offers the flexibility to integrate not only with machine PLCs and other controllers, but also with business systems. These HMI solutions exchange data easily with SQL and other databases used by ERP and MES systems.”

Advancements in networking are offering CPG companies more options to connect their machines, including older equipment, to an integrated network through a combination of wired and wireless solutions.

The price for industrial Ethernet hardware has dropped dramatically, making it the de facto standard for connecting new and legacy equipment to the communications network. It offers the ability to support multiple protocols, and it’s easy to integrate with older systems. Industrial Ethernet also provides greater bandwidth and wireless connectivity, which enable easy expansion to include cameras, sensors, and other devices.

In addition, many facilities are also implementing wireless networks. These networks can be used to connect sensors to controllers and ultimately to HMIs, or to connect PC-based HMIs to remote handheld devices such as smartphones and tablets. With handheld devices, the ability to quickly access information from remote locations can lead to greater productivity, especially where packaging machines need frequent re-configuration.

An often overlooked benefit of industrial Ethernet and wireless technologies is that they enable plant floor data to be easily transferred to the higher level systems, such as ERP, that are essential to achieving integrated data flow. Implementing these networking technologies at the control level can help create a unifying architecture, offering better visibility and analytics (Figure 2).

In addition, the Organization for Machine Automation and Control (OMAC) has developed the Packaging Machine Language (PackML) standard to improve M2M integration using Ethernet-based and other digital industrial communication networks. As the ability to link disparate devices and systems grows, the benefits of IoT will inevitably increase.

Mother Parkers, a leading producer of quality tea and coffee products in North America, is a good example. The company decided to add an advanced automation system at its Fort Worth, TX, plant. The goal was to make package filling more precise and minimize product giveaway.

John Hawkins, an engineer at Mother Parkers, explains the project this way.
“The system had to be able to acquire production data for each shop order and export this data to the company’s central database. This would enable workers to create and analyze reports for tracking waste.”

Hawkins says, “When a production run is finished, the PLC sets a Boolean flag indicating the data is ready. The PC running the HMI interface detects the flag, gathers the production data, and publishes it as a report to the database. Now we can track each shop order by SKU, making reporting much easier and enabling us to spot trends to improve production.”
Another example of how integrated communication can increase uptime and improve quality involves M2M communications. In this scenario, a labeling machine malfunctions. Not only will that machine send an alarm to an operator, but it can also indicate to other machines on the production line that they need to slow down or stop to avoid the production of waste product.

Better data integration also improves predictive maintenance. For instance, a sensor detects a slight change in vibration on a machine, a deviance not large enough to trigger an alarm. An asset management system connected to the sensor through an integrated network identifies the change. The system schedules a maintenance call so the problem can be addressed before it causes equipment damage and downtime.

Benefits from the cloud
One issue with IoT revolves around where to store and process the data constantly streaming in from sensors and systems throughout the plant, and cloud computing offers a very affordable solution.

In a nutshell, the cloud offers solutions from data storage to enterprise computing on an as-needed basis. It lets companies adjust their computing and storage needs up or down without large capital investments or time commitments.

The most common cloud model for automation is Infrastructure as a Service (IaaS), which enables companies to unload the costs of hardware and software purchases as well as maintenance to the cloud provider. With this model, companies just pay for the capacity used, adding resources only when necessary.

For example, during the holidays a CPG company might need additional computing power to handle extra production. Without cloud computing, the company would be forced to purchase and maintain in-house servers and data storage to handle these peaks. By using the cloud, the business simply buys more processing power for the increased production period. The cloud provider only charges the manufacturer for the additional services used for the specified peak demand intervals.

By taking the first steps to integrate data flow between once disparate systems, today’s traditional linear value chain can be restructured into feedback loops. This paradigm will unite the plant floor with the executive suite by providing the reports and subsequent analysis necessary for continuous improvement programs. And this greater visibility into operations will uncover new areas for increasing efficiency, improving quality through the implementation of proactive change.

Contributing Editor Christine Lesher (christine_lesher@yahoo.com) writes frequently on controls and automation as it relates to manufacturing. 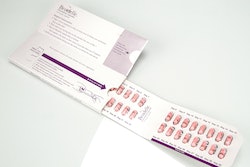 What's next in active and intelligent food packaging? 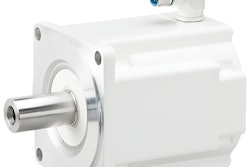 Converting from pneumatics to servo