Consisting of seven parts in addition to the injection stretch blow molded PET container, this innovative plastic keg has a 30-day shelf life once it’s been tapped.

According to Heineken’s Jeroen Otto, innovation development manager at Heineken headquarters in Amsterdam, the 4-L PET keg is a second-generation version of a 5-L steel version that was first introduced in 2006. The 4-L format was chosen for the PET package to make it even easier for consumers to fit the package in their refrigerator.

“The PET DraughtKeg came out in 2011 and will be used in parallel with the steel version for brands and markets where it’s judged to be suitable,” says Otto. “It’s a lightweight, compact, modern version of the steel DraughtKeg. We chose four liters for the PET version because it seemed like the best format to fit conveniently in most fridges.”

Otto says the PET DraughtKegs are filled at Heineken’s Den Bosch plant in the Netherlands on a specially designed filling line. In the same plant and on the same line, on a dual-mold system from Siapi, Heineken blow molds the containers from injection molded preforms supplied by APPE. APPE also was largely responsible for designing the container and, as APPE’s Michel Goovaerts puts it, “delivering a keg that works.”

• a piece Heineken calls a “swan” holds the carbonator in place

• what’s described as “an aerosol type valve” is activated by the tap parts to allow beer to be dispensed; this valve is clinched into the closing disc

Barrier technology
With all parts included, the empty package weighs 370 g. The injection stretch blow molded container is notable in its use of APPE’s MonoBLOX barrier technology. The MonoBLOX additive is introduced during the injection molding stage. It’s a scavenging material combining active oxygen and passive carbon dioxide barriers. Specially developed manufacturing techniques enable the barrier to be incorporated into the bottle while maintaining the clarity of PET. The Heineken keg has a shelf life of up to eight months if unopened. Once open, the beer remains fresh for 30 days.

The tap parts are all developed by Heineken. Some are new with the plastic keg, while some are also found on the steel DraughtKeg. Says Otto, “All the consumer has to do is remove the PET blister that serves as the tamper evident feature and holds the tap tube in place, insert the tap tube into the tap tube holder, and the keg is ready to serve a great draught beer simply by pulling the tap lever forward.”

When filled, the beer is at the normal carbonation level as that used for bottles and cans. There is what Heineken calls a “carbonator” inside that stores the CO2 required to push the beer out and to ensure the beer stays fresh for 30 days after the first pour.

Decoration of the keg is by means of a full-body PET shrink sleeve label. Printed on this shrink sleeve label, which comes from FujiSeal Europe is a “thermometer” that tells the consumer how cold the beer is. Labels are applied by a Model STA labeler from PDC Europe.

Otto lists the consumer benefits of the new keg, now used for both Heineken brand and Amstel brand beers, as:

• It contributes to a festive atmosphere

The benefits to Heineken are that the PET keg weighs about half what the steel one weighs. “It reduces transportation costs as the keg is blown on site at our brewery,” observes Otto. He chooses not to make any head-to-head comparisons on container costs, but he does point out that the price point at retail is less with the plastic 4-L keg than the 5-L steel. 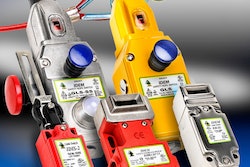 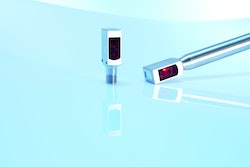 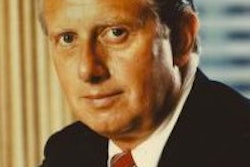