A new survey reveals how packaging professionals are using iPads and tablets for accessing packaging media.

Tablet computing has been around for years, but the category didn’t take off until Apple launched the iPad in April 2010. A year and a half later, Apple has sold more than 25 million iPads. And that’s nothing compared to what’s to come. Millions and millions more will be sold over the next twelve months, by Apple and the slew of Android competitors being released.

If there’s one thing I’ve learned about digital media technology over the last thirty years, it’s that when a new technology is invented, it usually takes years before it is widely adopted, owing to behavior—we humans simply like to resist change. There are exceptions, however. Google. Facebook. And now iPad.

The explosive growth of this device—and its projected trajectory over the next few years—will profoundly affect both publishers and readers alike. I believe the iPad will be as revolutionary to media as the Web was when it first erupted in the mid 90’s.

There’s a very good chance that you or one of your colleagues already owns an iPad. What we wanted to understand was how many of our readers are using iPads (or other tablets), how much these devices are used for accessing work-related media, and how many readers intend to buy one in the next 12 months. We conducted an e-mail based survey in May and received 1,180 responses, considered to be an overwhelming response.

Rapid adoption by PW readers
As the accompanying charts and graphs show, more than a third of Packaging World readers currently have an iPad, and nearly half currently own some form of tablet computing device already. Even more astounding, nearly 80% of respondents are expected to own some form of tablet computer in the next 12 months, with over half represented by the iPad.

The accompanying charts also show that these devices are definitely being used to access industry- or work-related media, whether in the form of e-mail newsletters, industry Web sites, or digital magazines.

The verbatim responses (28 pages printed out!) offered up a lot of feedback and nuance not as readily apparent in our charts.

Many readers told us to start with a PDF-like, page-by-page replica of our print magazine. “Keep it simple,” we were told by more than a few respondents. Though digital replicas on laptops and desktops have their die-hard fans, many users simply won’t tolerate the clumsy panning and zooming inherent in the platform, greatly slowing adoption. However, a digital replica on an iPad is a completely different experience. Page flipping, panning, and zooming is intuitive thanks to the touch display, bringing it a step or two closer to the print experience. You still lack the fidelity of paper, but no more stacks of magazines sitting on your shelf and the always-with-you factor is hard to beat.

Other readers encouraged us to start over and design something specifically for the iPad. There was a definite call for brevity: “I’d like to see something that grabs my attention—short, sweet, and to the point,” said one respondent. In addition to shorter articles (more summary than article, with the ability to drill down for more), readers told us to make an iPad edition more visual and multi-media oriented: loaded with photos, videos, galleries, including the ability to zoom in on image detail.

Still other readers asked for an app with continuously updated headlines, more resembling a Web site than a linear, page-for-page publication.

Regardless of the type of app readers wanted to see, there was a chorus of agreement on some basic features. People wanted to be able to easily share individual articles, usually by e-mail. The ability to save articles was important, too—the digital equivalent of tearing out a page, if you will. Many wanted the ability to search back issues or previously posted content.

One of the most important features readers asked for was the ability to download the content for offline reading—not only for the convenience of being able to read while offline, but for the speed that’s involved in serving up content that’s already on your device, versus retrieving it from the Internet.

A beginning, not an end
After analyzing the results and poring over all the comments, one thing became clear. There is no one correct answer of what Packaging World should look like on the iPad or any other tablet computer. No one app will address every need.

As a result, we’re pleased to release not one but two new innovative (and free) apps that you can download by visiting Packworld.com/apps or searching the Apple app store for Packaging World.

The first app is called, simply, Packaging World Magazine. It consists of an exact replica of our print magazine—think PDF packaged inside of an app. One capability we’ll have right away is the ability to embed videos right inside the app alongside any articles that reference them. Think about reading a case study and then watching the video of the equipment in action, all from within the app.

When you first download the app, you also get the current issue of the magazine. However, you will automatically receive notices right to your iPad when the new issue comes out, so that you can download subsequent issues right into the same app. Over time, you can accumulate and manage your issues right from within the app. You’ll also be able to automatically share the content using e-mail or popular social media platforms.

Breezing through Packaging World in the app will be fast, simple, and convenient. Zooming in is quick and easy, and the type remains highly legible even at high magnifications.

The second app that we have released is called Packaging World Real-Time. As its name implies, this truly innovative app displays the latest articles, news, new products, and videos in an easy-to-scan format on your iPad. Closely patterned after the widely acclaimed USA Today app, Packaging World Real-Time automatically updates itself with the latest content from the Packworld.com Web site every time you launch it. Then you can quickly scroll through articles and tap the ones of interest. Articles appear on your screen instantly, without waiting for further downloads.

By the way, if you have an Android-powered tablet device, we’re coming out with Android versions of both of these apps by the end of the year.

While we’re very proud of these two new apps, this isn’t the end of our story. Rather, it’s the beginning of a whole new era in publishing and media.

We continue to work behind the scenes experimenting with what Packaging World will look like on tablet computing devices, and you should expect to see us expand and flourish on this new platform in the coming months and years.

Five, ten, or fifty years from now, no one can be certain what Packaging World will look like, but we do know one thing that won’t change: our commitment to providing you the very best coverage of packaging news, trends, and innovation. 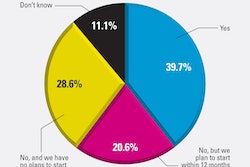 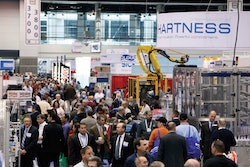 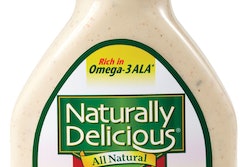