This bandage system is no band-aid solution

As one of the world’s largest producers of adhesive bandages and suppliers of wound care products in both the medical and retail markets, Aso LLC of Sarasota, FL can now box up bandages faster than ever with a new rotary fan feeder machine designed by the company’s in-house engineering group.

With application support from the Bosch Rexroth Corp.’s Electric Drives and Controls unit and their distributor partner Gulf Controls, Aso used the Rexroth IndraDrive system, PPC controller, MSK motors, IndraControl HMI, IndraLogic, and VisualMotion technology along with a critical motion profile to give its machine the speeds that were required. Now, Aso has the flexibility to run small batches of product with the same quality and accuracy as larger batches with no loss in speed.

Aso set out to design a rotary fan feeder machine to increase the speed at which bandages are cut from a roll and then boxed. The goal was to effectively eliminate a separate indexing machine from the production line in the process.
Essentially, the rotary fan feeder is a high-speed die-cutting machine. An operator threads a perforated roll of bandages—already packaged in paper—into the feed station and onto a large reel. Here they are registered and then cut into whatever quantities the recipe data calls for.

Previously, the section of the line that cuts individual bandages from their roll would feed the cut bandages into an indexing machine used for packaging assorted orders and then move on to cartoning. Now, the indexing machine has been removed entirely from the line because the speed of the servo-driven fan feeder can keep pace with the speed of the cartoning portion down the line.

While the speed of the new fan feeder has brought production rates and changeover flexibility to an all time high, it was also the most challenging aspect of the machine’s design.

“The speed at which this machine operates was very challenging from an automation perspective,” noted Nickell. “Many other manufacturers have attempted this application, but failed. We gave Rexroth a try based on their excellent reputation for servos and for service. Ultimately, we got both and more.”

From an automation standpoint, the machine consists of two axes driven by Rexroth IndraDrives with MSK motors, a Rexroth power PC (PPC) running VisualMotion software, and an IndraControl VCP operator interface.
Rexroth engineers worked closely with Aso and Rexroth distributor Gulf Controls to size the servo motors according to the move profile, as well as to develop the move profile itself.

Sizing for the application was particularly important because the move profiles Aso wanted were on the order of 26 milliseconds per move. Comparable controls products Aso had considered used up a majority of that 26 milliseconds just for communications. After receiving Aso’s desired move profile, Rexroth went through several calculations and sized the motor for optimal performance in the application.

Today, run rates are so high that Aso doesn’t stop the line during production. In fact, the fan feeder runs constantly through two shifts. Instead of stopping the machine for errors, the machine simply rejects the bad section of the roll marked during a previous process, and the rejected product is dispensed into a chute along the side of the machine.

The team of Rexroth and Gulf Controls enabled Aso to commission the fan feeder in a very short period of time. Programming, set up, and testing of the machine required about 10 days for the first machine and two days for a second machine. Using Rexroth IndraLogic along with the IndraDrives also permitted Aso to reuse certain portions of their tested PLC/motion code for other applications, thereby further reducing the development time.

The Aso fan feeder measures a compact 52” D x 36” W x 60” H. The compact construction of the Rexroth Indradrives was especially suitable for Aso’s single-axis needs, and they provide a high overload tolerance, as well as internal control of the voltage supply.

Finally, the Rexroth IndraControl VCP 25 compact operator terminal is used to initiate specific functions in the machine. For example, the HMI displays product recipes, machine status, and set up for the batch and cutting action. From the touch screen HMI using the Rexroth VisualMotion, the operator simply selects the recipe for the current product being run for the work order and loads the new roll onto the feeder. Maintenance and engineering personnel can also easily make adjustments as needed or set up a new product with new recipe parameters for the cutting action. The only other requirements for the operator are occasional side guide changes for certain recipes.

Currently, Aso plans to expand its bandage packaging line to include more fan feeders. Doing this will ensure the company remains on the cutting edge of technological innovation and will provide Aso with the opportunity to continue to grow its customer bases in both the medical and retail markets.

PODCAST   Listen to an interview with OMAC technical director Dave Bauman at automationworld.com/view-3652 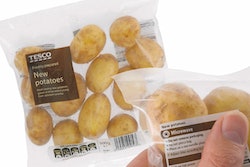 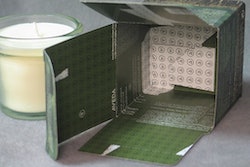 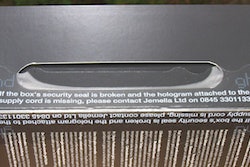