Profits, philanthropy, and packaging can go together nicely.

Sterling Anthony
Sterling Anthony, CPP
October was National Breast Cancer Awareness Month, having evidenced itself at the retail level through a flood of packaging sporting the color pink. Even had the commemoration been about something else, the predominance of pink would have been a tip-off that CPGC's were not wearing rose-colored glasses, but were pursuing some type of strategy. In this case, it's cause-related marketing (CRM), which begets cause-related packaging (CRP).

CRM is the partnering of a for-profit organization with a non-profit one, for mutual benefits. The non-profit derives a source of funding, a common form being the donation of a portion of sales. The for-profit gets a boost to its Corporate Social Responsibility (CSR) image, which translates into increased sales. At least, that's the model.

CRP is not simply the medium through which the partnership is communicated to the buying public. Rather, it is core to a competitive strategy that is finding increasing use by CPGC's.

A dilemma in pastel

There is not another cause-related symbol that is as internationally recognized as the pink ribbon. Put it noticeably on the packaging, along with supporting copy, and the company's association with the cause is established. That easiness and the fact that the pink ribbon is public domain allow any company to associate itself with the cause. The virtual absence of barriers and controls introduce the potential for exploitation; the term describing it is "pink-washing." But, assuming defendable motives, a CPGC has to decide whether to diversify its CRM.

If that decision is to the affirmative, there are ramifications for packaging. For one, integrating the cause into the packaging design can be more challenging than with breast cancer awareness. Even if the cause has its own colored ribbon, logo, or other symbol, it might not have wide recognition and therefore would require more explanative copy.

Compatibility among graphic elements is a tenet of package design; however, there are interpretations specific to CRM. If the cause has solemnity, it should not be presented with starburst flare; but neither should it be presented so recessed that it escapes detection during the few seconds a consumer spends reading a label in the store. Leading brands, with iconic packaging, have a built-in advantage. That's because such packaging has one or more signature elements—color, logo, shape, etc. —that instantly communicate identity. Lesser elements can be removed, without undue risk, leaving a cleaner background, which can thrust forward a dignified treatment of the cause-related symbol and copy.

Such does not mean that brands that are not market leaders are overly disadvantaged concerning diversifying beyond the pink ribbon. To the contrary, the more niche a brand, the more homogenous the target consumers (in terms of profile relevant to the purchase decision). The more homogenous the target consumers, the greater the possibility of finding a cause that appeals to a majority of them. It relaxes, but doesn't remove, the aforementioned caution concerning the packaging's subdued communication of the cause.

Diversification, by its nature, is a means to reduce risk—the notion of not putting all of one's eggs in the same basket. Granted, business risk might not seem to apply to breast-cancer awareness, that is, absent other considerations. By no way disparaging the worthiness of that cause, the fact is that with so many CPGC's on board, the pink ribbon becomes less of a differentiator; after all, the philanthropic aspect notwithstanding, CRM is a competitive strategy, aimed at increasing profits. In fact, it can be argued that use of the pink ribbon might not guarantee increased profits, but not to use it might concede an advantage to a competitor that does.  Corporate affiliation with the pink ribbon will continue, likely will increase; however, diversification into other causes is the more sustainable strategy for both CRM and CRP.

CRM tends to gravitate to the uncontroversial. That's understandable, since the last thing that a CPGC wants to do is alienate its consumers. Predictably, behind breast cancer, the most corporate link-ups are with such causes as the environment, education, health, and children safety. Those corporations pursue a M.B.A., my coined term for Mom, Baseball, and Apple pie, in other words, a cause that most can salute; but, as exampled by breast cancer, crowdedness limits differentiation.

How profitably "edgy" a company can get with its choice of causes can be determined by answering questions that are fundamental to marketing, brand management, and package development. What is the essence of the brand? How does the brand ethnographically fit into the lives of its consumers?  Which causes ethnographically fit into the lives of those same consumers? Is there a cause with a fit large enough to justify a partnership? What's the best way to use packaging to leverage that partnership?

Cause-related packaging often has a predetermined shelf-life (although a campaign can be extended if results justify), and a company aggressively utilizing it might use more than one campaign within a year. Such usage is facilitated if operations are streamlined for speed and efficiency.

Designs must be finalized and commercialized quickly. Inventory management also is important, particularly if the CRP is meant to replace the traditional packaging, rather than to appear in tandem (assuming that the retailer is willing to grant simultaneous shelf-facings). Of further importance is whether the cause is ongoing or an event (for example, disaster relief). The latter places a premium on being able to "go to press" with suddenness close to that which events strike. That capability necessitates that the operational framework already be in place.

Even when speed of conversion is not a problem, there are practical limits to how frequently packaging changes should be made, less the company's commitment come into question. By that thinking, a company that goes pink in the fall might promote one more cause during the year.

The expectation is that consumers will purchase a product that is associated with a cause they value (price and quality allowing) and will be even more favorably disposed when they believe that they are making a donation through their purchases. An example is a company that pledges to donate a specified amount out of each consumer purchase. That donation is not always automatic, at times requiring that the consumer do something additional.  The requirement sometimes involves the packaging, for example, mailing in lids, labels, or other proofs-of-purchase.

It's easy for a company to overreach in that regard, incurring the resentment of the consumer, perhaps causing the consumer to pass on the offering, in favor of another way to be charitable. Additionally, the company's credentials can take a hit if it's believed that the requirements are a smokescreen for avoiding the donation.  Most consumers, for example, are wise to the reason behind mail-in rebates, which rely on post-purchase inertia; as such, they can recognize the tactic when it's perpetrated with packaging.

Profits can be achieved through more transparent routes, one being to cap the donations at a specific amount and declare it, unequivocally, on the packaging. That way, the company gets to keep the profits in excess of the cap, and the consumer is relieved of extra requirements.

There are pluses and minuses to any route taken, and it comes down to a judgment call on the part of management. The bigger picture should be keep in mind; for, a major function of packaging is communication, to perform as a salesperson, of sorts. A salesperson can't be effective if not credible. If that credibility is compromised by the way the packaging is utilized in CRM, the ramifications can be widespread, with consumers reluctant to believe other claims communicated by the packaging. It's an unnecessary and costly handicap.

With companies seeking every possible competitive advantage, CRM is bound to grow. Consequently, packaging will have another outlet through which to build brands. And that, in itself, is a good cause. 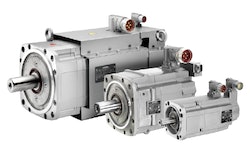 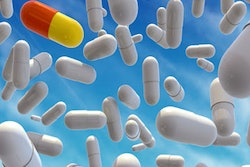