How to—and how not to—conduct package design research for the best results.

For better package design research, you should use two categories of methodologies: those that rely on verbal or written responses and those that rely on behavior. Integrate them such that one verifies the other. For example, what participants say can be used to formulate theories of behavior that are tested through observation. Conversely, observed behavior must be interpreted and helpful to that task can be questions posed to the participant.

Talk is cheap. The majority of today’s package research relies on participants reporting their attitudes and opinions. A focus group, for example, can be planned and conducted within weeks, at modest cost. The same holds true for questionnaires, surveys, and interviews.

The participant is not a member of your team. It’s easy to lose sight of that truth when you’ve lived with the package since conception and have invested time, energy, and worry. The participant won’t match your emotional involvement and subjectivity, and it can prove disastrous for you to ignore your differences. In farming for participant attitudes and opinions, stay aware of the limitations of their responses and take nothing for gospel.

Be careful not to force the participant into giving an answer of “yes.” It’s being repeatedly done with inquires along the lines of, “Would you be willing to pay extra for a package that’s manufactured in an Earth-friendly way?” Might as well ask that participant whether he/she is for world peace; the response is as predictable.

In the preceding example, your cause isn’t furthered much by follow-up questions, such as, “How much extra?” The participant simply might not know, not given to thinking in percentages, for instance. Or, the participant might give a generous answer, to appear conscientious and sacrificing, but would never make good at purchase time.

You should take into account that responses can change shortly after being given, due to various influences. Keeping with the above example, Wal-Mart and other major retailers are advertising to consumers that they should not have to pay extra for sustainable products.

A buzzword within packaging circles is “innovation.” Word is that awaiting launch is a variety of smart packages, including some that utilize computer chips. The more afield from the traditional the innovation, the more the need to present it to the participant in three-dimensional, prototype form. An innovation that is narrated, shown by drawing, etc., is an abstraction that might not solicit reliable verbal responses, regardless of how well-intentioned the participant.

Actions speak louder. Ultimately, it’s what the consumer does that renders his/her verdict on the package. The crucial question you should direct your observation research to answer is, what does the consumer do at the point-of-purchase? For some time, this has been referred to by marketers as the moment of truth.

The owners of private brands are uniquely positioned in this regard. Not only can they observe what transpires throughout their stores but also can experiment with shelf placement and any other in-store variable of interest. Before the national vs. brand competition was as heated as presently, stores were more accommodating to marketers, allowing them to conduct in-store observation research. Now it’s protected as the strategic advantage that it is.

You should seek ways to simulate the store environment for observational purposes. An example is the small-scale reproduction of whichever store section typically stocks the product category being researched. Pricing among the choices should be true to what’s found in real stores and participants should spend their own money. It distorts the results to give them the free choice of any one product (it might not be the one that would be made under real purchase conditions.) The inducement for participation should be mentioned upfront (You‘ll receive a parting gift) but not revealed until after the purchase. And it shouldn’t be extravagant, maybe movie passes, or the like.

A second question for your observation research is: How does the consumer live with the package? The consumer’s first use of the package has come to be known as the second moment of truth. From a research perspective, the count goes higher. If it’s a multiple-use package, every use is a moment of truth. Even with a single use package, there’s at least another moment, represented by disposal/reuse/recycling.

Furthermore, you should seek to know the attending behavior, for example: senses employed in evaluating packaged product performance; distractions endured; multi-tasking performed; etc. This can be a rich source of ideas for package features.

You can set up locations whereto the participant comes and interacts with your product under your non-intrusive observation. The location can be singularly yours, or perhaps that of a research firm. Another possibility is public events that constitute a logical tie-in with your product.

The ideal, of course, is to be able to observe the consumer at home or where the package is used. Short of moving in, what can you do? You can utilize the Internet. Participants post on your Web site videos of themselves using the packaged product. In soliciting participants, emphasize that what you seek is typical, unscripted behavior. Given the likely large number of participants, you can make the inducement a contest, with nice prizes, decided by drawing rather than by judgment of the video (so as to minimize acting).

Mix it up. Your package research program should be a combination of individual projects and ongoing research, the latter aimed at issues that have the broadest effect on all your products and on the package as a strategic marketing tool. Design the program such that it receives inputs from far-reaching and diversified sources, in recognition that competition is increasingly global.

And, you must build the program for speed. You are under mounting pressure to shorten the time in which your new or revised package is brought to market, and once there, the service life of that package is shorter than ever.

As you speed along, let research be your insurance that you are traveling in the right direction.

Before becoming a packaging consultant, Sterling Anthony worked for Fortune 500 food, health care, and automotive companies, and has taught packaging at the university level. He welcomes your comments by phone, 313/531-1875 or by e-mail, Sterlinganthony1@sbcglobal.net. His Web site is www.pkgconsultant.com 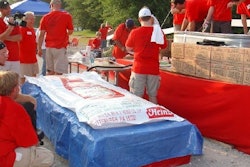 Mega-packet of ketchup a record buster 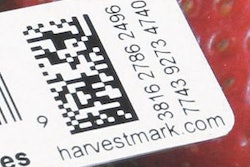 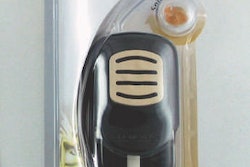