That’s green as in planet-friendly packaging. Founder David Zutler is chief executive officer of BIOTA Brands of America Inc., Telluride, CO, which introduced for retail sale in October the world’s first water in bottles made of polylactide, or PLA, a polymer derived from corn that’s commercially compostable.

PW: How did you get started on this quest?

Zutler: Having spent more than 28 years in the Rocky Mountains as I did, it’s only natural to be conscious of the environment. I planned to get into the bottled water industry years ago, yet I was concerned that bottles were not being recycled and ended up in landfills instead. Only 20% of PET bottles are recycled, and 95 billion PET bottles went into U.S. landfills in 2003. I started looking for a better bottle back in 1996.

PW: What about bottle costs?

Zutler: When we first started development with PLA, it was substantially pricier than PET, but that’s no longer the case. It’s pretty darn close now, and I understand that PET price increases are expected next year.

PW: Where does the name BIOTA come from?

Zutler: It’s an acronym from a local saying, ‘blame it on the altitude.’ I also found out later that the word biota means ‘flora and fauna’—what a great double meaning for a planet-friendly container!

PW: Who is your competition?

Zutler: Premium spring waters, a market dominated by imports. My motto is that while their water is still on the boat, our water is in your hands.

PW: Any concerns for PLA bottles in the recycling stream?

Zutler: In areas where it will be introduced, we’re working with recyclers. The number of our bottles for the near term is just too small to have any negative impact on the PET recycling stream.

PW: Any surprises along the way?

Zutler: No one really expected we could make good bottles with PLA. It’s not that easy to do, but it’s been primarily processing adjustments, not equipment modifications—it’s basically a drop-in for molding equipment. Any problem we’ve had with PLA we have been able to solve. We’re all excited here, and we’re going to try and make a difference in our environment. —RL 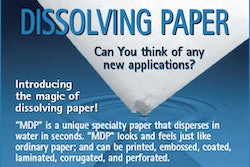 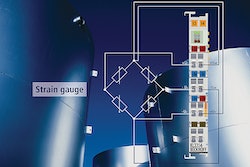 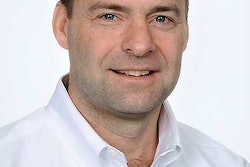