Fragility is a description of the product's susceptibility to damage, expressed in g-forces, where g stands for gravity. One need not be versed in the involved physics and equations (a g-wiz is my term of respect for such a person) to grasp the basic concepts. Yes, a g-force is a measure of deceleration (when a falling object hits the floor), but think of it in terms of an object's weight; thus, an object striking the floor at 2 g's is striking at a force equal to twice its weight. The higher the g-force a product can endure without damage, the sturdier, more durable is that product.

It helps that there are available charts that classify along a continuum, from very fragile to very durable, listing g-force ranges and product examples. Such aids are starting points and not substitutes for conducting fragility testing. Besides, many products are assemblies, and as with a chain and its weakest link, such products only are as strong as their weakest components. There is always, therefore, a decision to be made regarding how much strength to engineer into the product design vs. how much reliance to place on the packaging. If nothing else, it underscores the advisability−make that necessity−of integrating product development and package development, rather than managing them as sequential or parallel paths.

Whereas packaging professionals know that shocks occur from transportation and handling, they further need to know severities, frequencies, and consequences. Rail transportation, for example, can input shocks as boxcars are joined to make a train (a process called shunting). With road transportation, shocks are more probable with LTL's (less-than-truckloads) than with TL's (truckloads), with parcel shipping being the roughest of all. As for handling, manual handling results in more shocks than mechanical. Those are just several generalities. Intuitive as they might be, they and others like them don't relieve a packaging professional from the responsibility of devising a customized profile of the distribution environment.

Some useful information might already reside in the company's records, such as shipping histories and customer complaints and returns.  Rarely, however, are those records so complete that there is nothing that can be learned from further investigation, because the more the packaged product is designed for the actual distribution environment, the less the likelihood of underpackaging and overpackaging−both costly.

The alternatives in interior packaging are varied and expanding but there are major categories. Foam-in-place is one. Molded inserts is another.  There are sheets, bubble-wrap being an example.  And there's loose-fill, such as peanuts. All of them provide product protection, but by different means, whether by encasing, suspending, or enveloping.  And as with any set of alternatives, each has its pros and cons.

In addition to fragility, the choice of interior packaging is influenced by the product's characteristics of price, size, and weight.  Let's say that molded inserts best fit a particular application. There's still the choice of materials. Expanded polystyrene (EPS) is cheaper than polyethylene (PE) foam; however, there are circumstances wherein PE can be more cost-effective. An EPS insert can break from a major shock or a series of lesser ones, while a PE insert can repeatedly compress and recover its thickness. But PE comes in varying densities. If the density is too low, the material might bottom-out under static load or when the package is dropped. If the density is too high, the material won't compress enough to slow the rate of deceleration from a drop.  In both instances, the product can receive shock that exceeds its fragility.

Most suppliers of the various types of foam provide users with dynamic cushioning curves. Basically what the curves chart is the foam's cushioning capabilities, at a given thickness, for an object of a given weight, dropped from a given height. The user locates the product's fragility along the vertical axis and draws a horizontal time, noting where it crosses the curve. Above the line there will be product damage, below the line, not. A comment about drop height: it should reflect the maximum that the product is expected to incur in the distribution environment, with small, lightweight, manually-handled packaged products being more likely to incur higher drops than those incurred by packaged products of the opposite characteristics.
Drop what you're doing

For those packaged product companies that don't own laboratory facilities, there are contractors. In any event, drop tests can be performed in accordance with standards, such as those of ASTM and ISTA. But keeping in mind that a test is only as relevant as the degree to which it replicates the actual distribution environment, a company should never shy from customization.  Whenever practical (meaning by virtue of size and weight), drop testing should be done on each of the package's corners, edges, and surfaces, instead of only on the bottom surface.

There are many considerations involved with interior packaging, even with seemingly simple operations.  Loose-fill is an example.  Gravity-dispensed, the material permits box-closing with relative speed.  But loose-fill can later settle, allowing the product(s) to burrow to the bottom or sides where they are subject to greater shocks.  Adding more inches of loose-fill can require a larger box, increasing both costs.

In comparing the cost-effectiveness of interior packaging alternatives, material, labor, and overhead should be calculated, sure; however, materials should be evaluated in equivalent units, same with labor and overhead.  And depending on the alternatives being compared, don't forget such considerations as worker safety, storage, mold costs, and (always) customer satisfaction stemming from the consistent receipt of undamaged product.  Delve below the surface and give the matter probing thought, for in this case, there's nothing wrong with thinking inside the box. 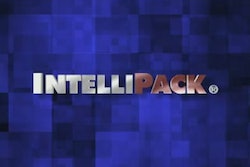 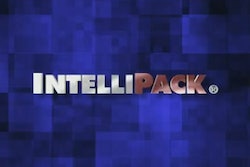 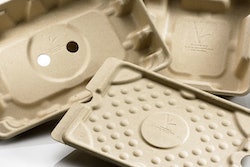 Dell eliminates use of 18.2 million pounds of packaging since 2008