Congress made a significant changes to the law, but it’s two pages long. 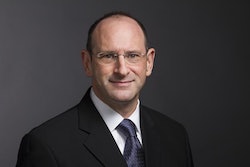 That’s perhaps the most remarkable thing about it. It’s not some omnibus, thousand-page monster that legislators don’t seem to even read before they vote on it. No, this time, Congress passed a law and it made a significant change to the food label and to packagers’ related obligations, and yet it’s only two pages long.

It’s called the FASTER Act of 2021, for the “food allergy, safety, treatment, education and research act of 2021,” and it added sesame to the list in the federal Food, Drug and Cosmetic Act of Major Allergens whose presence in food has to be disclosed on the label of a food in interstate commerce. The sesame requirements kick in starting January 1, 2023.

The new law also requires the Secretary of Health and Human Services to report to Congress within 18 months about existing federal activities relating to various aspects of food allergies, such as data on their prevalence and development of diagnostic tests and new therapeutics, and recommend ways to “expand, enhance, or improve” them, and about ways to improve the process of further additions to the definition of major food allergens.

Sesame joins the other eight major allergens required by law to be disclosed on food labels, either via ingredient lists or a separate “contains” statement. They are milk, eggs, fish, crustacean shellfish, tree nuts, peanuts, wheat, and soy.

The whole purpose of these legal requirements is to give notice to allergic people of the presence of the allergen so they can avoid it. Allergens might lurk in flavorings or other ingredients that aren’t otherwise required to be individually revealed in a food’s list of ingredients, or packaging components, hence the need for the special disclosure requirement.

In addition to having to disclose it on the label, packagers have to get information disclosures from suppliers and impose manufacturing procedures as part of their preventive controls programs to make sure to suss out the presence of allergens and to, for example, avoid cross-contamination of other foods.

Such a simple, straightforward idea and such a short law, and yet the addition of sesame as a major allergen is curious from several angles.

First, let us pause briefly to take note of the bizzarro fact that it passed unanimously in the U.S. Senate. Zowie, maybe there’s hope for our divided nation after all. (On the other hand, it passed 415-11 in the House, close but no unanimous cigar.)

Second, this is an example of, pardon my language, “regulation.” If you think you always hate “regulation” and that less is always better than more—and lots of folks are saying that is their view nowadays—then you hate this.

The widespread support by legislators and the lack of significant resistance to this new example of “regulation” perhaps reflects the very real health and safety issue that food allergies represent. FARE, the Food Allergy Research and Education advocacy group, says 32 million Americans have food allergies, including one in 13 children, and that food allergies can be life threatening, saying “Each year in the U.S., 200,000 people require emergency medical care for allergic reactions to food.”

The original eight major allergens were said to be responsible for over 90% of food allergies, though FDA says “More than 160 foods have been identified to cause food allergies in sensitive individuals.” Food safety activists have targeted sesame for addition to this list for some years, and other candidates will likely be considered in the future.

I often tell seminar attendees and students that the biggest issue you can get wrong regarding a food label that creates a direct and serious health issue is failing to disclose the presence of a major allergen. FDA data from the first five years of its Reportable Food Registry program, which requires food companies to report to FDA when they are aware of a food in commerce that creates a hazard to health, showed undeclared allergens accounted for more reports than Salmonella contamination or Listeria monocytogenes contamination in four of the five years, accounting for as many as 47% of the reports in the fifth year of that program. FDA noted that “Bakery commodities account for the most reports relating to undeclared allergens for all five years.”

Third, the key question of “when” is a little tricky. The new FASTER Act says the change in the law applies to products that are introduced or delivered for introduction into interstate commerce on or after the effectiveness date of January 1, 2023. Admittedly, that’s technical legalese that doesn’t clearly answer the common questions packagers have about the start of the new requirements, and FDA hasn’t said yet how it will implement the start of the new requirements, especially the label requirement.

But if they do it as they did when the original eight major allergens requirements began, they will say that any food that is labeled on or after the effectiveness date of January 1, 2023 will have to comply, but products labeled before then that do not comply, but end up in interstate commerce after the effectiveness date, will not have to be removed. But we’ll see.

The new code on its packaging will allow a smartphone to detect and playback labelling and allergen information to the user.
Matt Reynolds
Aug 3rd, 2021
More in Package Design