Already destabilized by the pandemic, many of our national and global institutions are now doubly destabilized by legitimate concerns about social justice and equality. I’ll spare you any soapbox didactics in this column space—those are reserved for my local circle. But what has been striking, at least in the context of our industry, has been the extent to which the ongoing conversations about social justice reform reverberate in the packaging space. Let’s face it, our business reflects society at large.

Packaging’s leading role was laid bare last month as brands lined up to retire racially charged mascots that have been appearing on packaging, some for a century or more. First the Land O’ Lakes’ “butter maiden” was dropped from carton imagery. And in June, the floodgates broke open with the retirement of imagery related to Aunt Jemima, Uncle Ben, Cream of Wheat, Eskimo Pie, Conagra’s Mrs. Butterworth’s, and others.

Conagra released this statement: “We understand that our actions help play an important role in eliminating racial bias and as a result, we have begun a complete brand and packaging review on Mrs. Butterworth’s. It’s heartbreaking and unacceptable that racism and racial injustices exist around the world. We will be part of the solution. Let’s work together to progress toward change.”

If Conagra is going to retire such an iconic brand, they are also shelving years of familiarity, sunk advertising, and brand capital. Actually, shelving is the wrong word; these brand shifts are intended to be permanent. Such decisions aren’t made lightly, despite claims of brands being windsocks blowing with the breeze. They reflect aspirational changes in direction and represent lasting brand commitments.

The mascot retirements will also come at another cost, and I’m not talking re-concepting, redesign, and machine re-calibration. There will be a significant number of detractors who feel that time-honored institutions are being infringed upon. They will be seen, by some, as kowtowing to political strong-arming. Meanwhile, competing brands may take a different tack and double down on lightning rod imagery—as is their right—and new brands celebrating controversial images may spring up in response. And consumers can consume, or not consume. It’s democracy in action.

As much flack as brands retiring mascots may receive, whether deserved or not, make no mistake that they have done the math. They’ve completed the cost/benefit analysis, so let’s not kid ourselves that mascot retirements are a result of pure altruism. The bottom line as it relates to democracy? These brands have every right to run their business how they see fit, just as consumers can decide what to consume.

On a more positive note, we packaging professionals are attempting to address the social disconnects and unfairnesses that need to be addressed, especially where the gender pay gap is concerned.

This salary gap is yet another vestige of a bygone era. In the past, women weren’t groomed for the STEM jobs or leadership roles our industry requires, and accordingly, didn’t benefit from the higher salaries that came with such jobs.

Two years ago, PMMI addressed the issue head-on, forming the Women’s Leadership Network (learn more by visiting the Packaging and Processing Women's Leadership Network). Now, for the second consecutive year, findings of the annual IoPP Salary reveal that the gender pay gap may be shrinking, and the reasons why come out in the demographic data. There’s much more detail on page 34, but survey responses indicate that women in packaging currently are concentrated in younger age groups and greener experience cohorts. This younger and less experienced cohort of women—with as good or better educations than their male counterparts—is in the process of emerging into the upper age and experience echelons, ones they previously didn’t inhabit. Meanwhile, the wage gap persists, but it appears to be shrinking. If and when the age, experience, and job role distribution of women in packaging matches that of men, considering the education distribution is already even, we will be able to isolate gender as a variable in salary. Only then will we see how far we’ve come.

The big picture? Packaging isn’t separate from society, it’s a reflection of it. As such, the industry is constantly struggling to reinvent itself to match the society it serves. And that’s not going to stop anytime soon. - PW 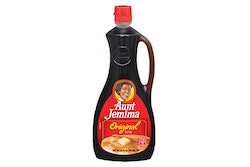 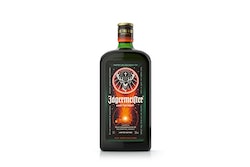 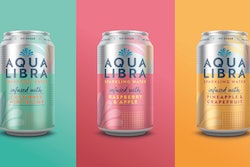