The company is retiring the brand imagery and its logo, acknowledging a racial stereotype associated with its origin. The brand will be re-named. 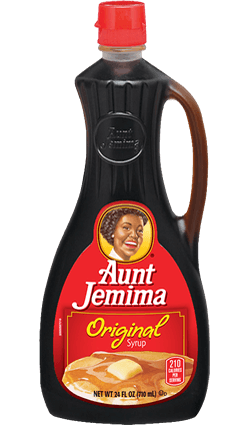 Aunt Jemima is a Quaker Oats brand that started out in 1889 as “the world’s first ready-made mix” by the Pearl Milling Company, and grew to include syrup, frozen waffles, pancakes, and other frozen breakfast products.

PepsiCo acquired the Quaker Oats Company in 2001, and according to news outlets such as NBC News, The Wall Street Journal, CNN, and The New York Times, has announced today that it is retiring the Aunt Jemima brand imagery and logo, over the issue of racial stereotypes associated with the brand’s origin and in an effort “toward progress on racial equality.”

CNN reports a statement provided to the news outlet read, "As we work to make progress toward racial equality through several initiatives, we also must take a hard look at our portfolio of brands and ensure they reflect our values and meet our consumers' expectations."

According to the NBC article, “The picture has changed over time, and in recent years Quaker removed the “mammy” kerchief from the character to blunt growing criticism that the brand perpetuated a racist stereotype that dated to the days of slavery.” It also noted that Kristin Kroepfl, vice president and chief marketing officer of Quaker Foods North America, said “the company has worked to "update" the brand to be "appropriate and respectful" but it realized the changes were insufficient.”

These changes come amidst rising concerns over racial disparity and how brands are addressing and updating their packaging to reflect a modern position, such as Land O’Lakes recent re-design, which dropped the Native American “Butter Maiden” from the iconic packaging.

Update: Mars and Conagra both followed suit today as Mars announced they would also re-brand Uncle Ben's rice, while Conagra plans to review the packaging and branding of the Mrs. Butterworth's syrup line.

It’s too soon to say if all the anti-virgin plastic rhetoric from environmental critics will have a lasting impact on the packaging materials mix.
Ben Miyares
Mar 26th, 2021
More in Package Design