A brand refresh for Sun-Maid’s raisin and other whole-fruit products includes changes that aim to appeal to millennial shoppers looking for healthy snacks for their families. 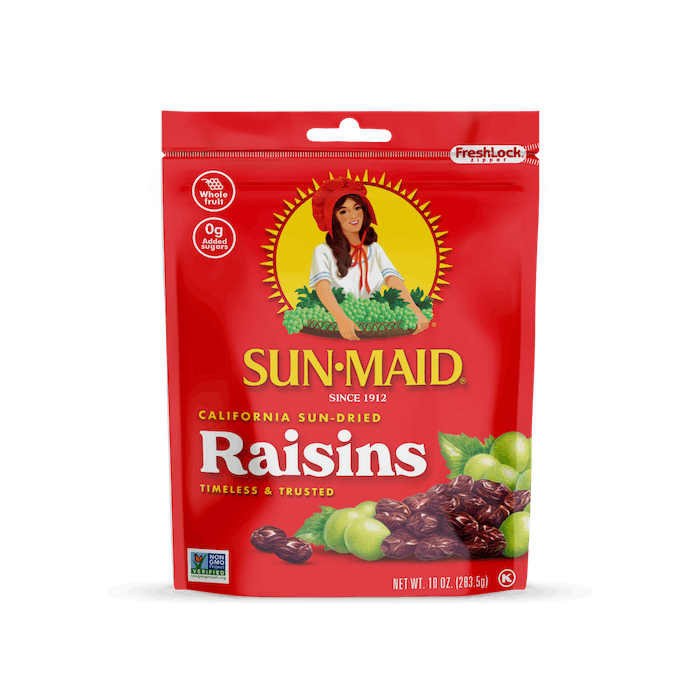 Fresno, Calif.-based Sun-Maid Growers of California has been selling raisins and other whole fruits on the promise of natural, wholesome goodness since 1912. In 2019, Sun-Maid introduced its first advertising in a decade, produced by food-and-beverage marketing specialist quench. The project prompted considerations to modernize Sun-Maid’s packaging, which had not changed since the 1970s. Consumer feedback helped validate that a refresh was in order and indicated fondness for the brand’s nostalgic design, so it was important to preserve that quality while making changes that allow it to appear timeless. 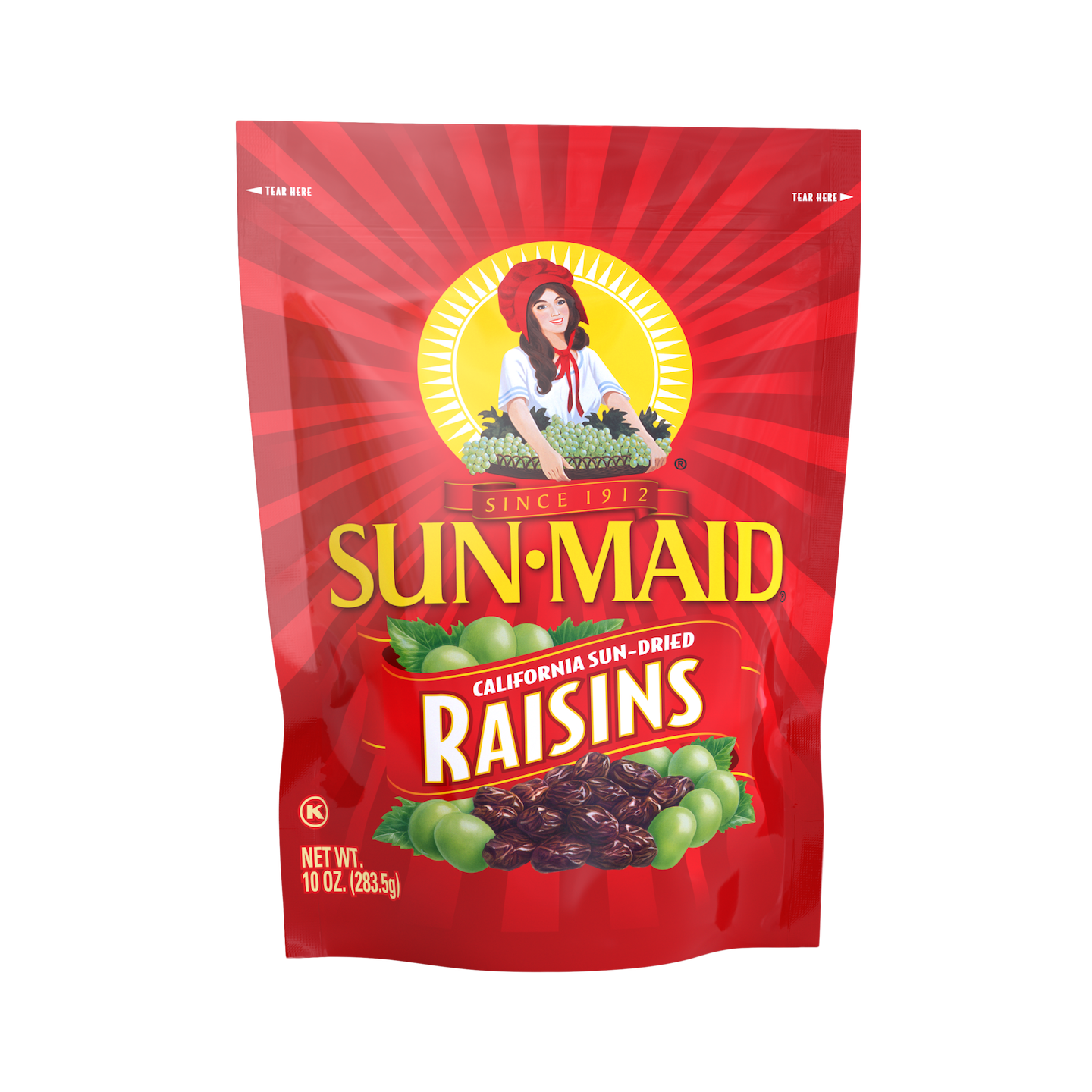 Sun-Maid Raisins 10-oz bag BEFORE the redesign“Our work needed to be an evolution, as opposed to a revolution,” says quench Creative Director Keith Seaman. “We were sensitive to customers whose feelings were expressed in comments such as, ‘Changing this package would be like taking the stars off of the American flag.’”

Maintaining the integrity of the iconic little red box was key. The agency gave Sun-Maid’s female mascot, Lorraine, (named after a real person) a bit more space and depth on the packages and made the sun rays surrounding the illustration more prominent. The image pops as a result.

The new design also calls out key product differentiation, functional benefits, and appetite appeal that millennials want in food products, such as “0g of added sugar,” “made with whole fruit,” and influential Non-GMO Project verification on the front of the packaging.

Says Seaman, “We needed a consistent look and feel across all SKUs, so the system we developed produces a clean read and look that applies to current products but can also play nicely with new product innovations.”

The look quench created gives the brand a strong, unified identity and provides each product’s details, such as the fruit type or whether it is organic or flavored, and provides the most important information priority in a bold, modern font.

The updated packaging for Sun-Maid snacks will continue to roll out nationally through 2020.

Tampico Graphics Get Some Punch with Redesign

If shoppers don’t see your product, they won’t buy it. Makes sense, right? But did you know that your product can be invisible even if it’s on store shelves?
Dr. R. Andrew Hurley
Jan 4th, 2021

German Beer is a Shelf Standout

With beer consumption in Germany declining, competition between the major beer brands is increasing in the market, and point-of-sale (POS) consumer decisions are more important than ever.
Sappi North America
Dec 23rd, 2020

The name change is a result of a change ownership and is now more aligned with the company’s strategy to pursue growth in a number of markets in the U.S., Mexico, and Canada.
Pemcor Packaging
Nov 16th, 2020

Solving workflow management challenges faced by brands today is a key focus at Esko, and the firm used PACK EXPO Connects to showcase the solutions they have to offer.
Pat Reynolds
Nov 11th, 2020

When this CEO learned of a paper bottle that would both differentiate his new line of household cleaners and be more sustainable, he had to have it for the launch.
Pat Reynolds
Nov 4th, 2020