Sarah Pool and Matt Olsofsky, co-founders of Take Two Foods, LLC launched their company commercially in March 2020, but the genesis of the company began much earlier, in 2016. At the time, Olsofsky was Global Director of Logistics for brewer Anheuser-Busch and Pool was a Global Director at ZX Ventures, the innovation arm of Anheuser-Busch parent AB InBev. The beverage giant launched ZX Ventures to develop ways to diversify the brewer’s markets and to foster and support innovative entrepreneurs who would take new products into those markets. That support continues today and includes providing access to AB InBev’s subject matter experts worldwide and investing in many of the participating entrepreneurs’ startup companies.

To develop ways to upcycle the brewers’ spent barley remaining after the brewing process, ZX contacted Pool, known on the West Coast for her award-winning work to commercialize vegan and plant-based foods, to lead the effort. The primary goal of the project was to find a practical way to reintroduce the still-nutritious spent barley into the food chain.

Once Pool had put forward the idea for barleymilk, she, Olsofsky, and other ZX experts spent almost four years developing and refining the product chemistry and production technology that would create a barleymilk of optimum consistency and flavor that would appeal to consumers seeking healthy, plant-based alternative products. Once the formulas for the four initial flavors and the production technology were in place, the operation was re-launched as a new standalone company, Take Two Foods. Anheuser-Busch remains an investor in the company, as well as its sole supplier of spent barley.

Healthy for both people and the planet
“By creating nourishing, functional and affordable plant-based milk using upcycled spent grain,” says Pool, “Take Two Foods tackles food waste, dependence on animals for food, and greenhouse gas emissions. We keep valuable nutrition in the food supply chain for longer, and we are maximizing natural resources and contributing to a circular economy.”

Beer production uses only the sugars, or malt, in the barley. The remaining constituents of the grain—including plant protein, fiber, and other nutrients—remain intact. The basic ingredient in Take Two milk is the rejuvenated barley, but the benefit of the years spent with ZX Ventures refining formulas and processes resulted in identifying other healthy ingredients that could maximize the products’ nutrition, taste, and performance.

These include such ingredients as pea protein to offer a complete plant protein and coconut and sunflower to provide healthy fats. As a result, barleymilk contains at least 5g of complete plant protein per serving, 50% more calcium than dairy milk; healthy fats like MCTs (medium-chain triglycerides) from coconut and monounsaturated fat from sunflower; and at least 50% less sugar than other flavored milks.

Processing and packaging the products
The spent barley, which Anheuser-Busch formerly either sold as livestock feed or simply sent to a landfill, rather than being unceremoniously dumped, is now handled at breweries as a food product, with new stainless-steel chutes and storage facilities. It is then trucked to the facility of the co-manufacturer that processes and packages Take Two Foods products. There, it is processed using aseptic technology into four varieties of barleymilk. Future plans include other plant-based dairy products.

It also means that these products can be sold online and delivered via “normal” (i.e., unrefrigerated) logistics service. On the West Coast, for instance, Take Two Foods’ barleymilk can be purchased online for direct delivery from Take Two Foods as well as at retail stores.

“Having one bottle configuration for multiple products minimizes inventory and significantly reduces costs,” he says.

Take Two chose the Silgan Closures 38-mm VFJ aseptic closure because it features a plug seal that provides the ability to reseal the bottle once the foil seal is removed.

Filled, sealed bottles are then labeled with a full-body shrink-sleeve label produced by Worldpack, Inc. The labels carry the Take Two logo and flavor information, and are color-coded to instantly identify each flavor variety.

Growth today and tomorrow
Currently, consumers can order barleymilk online from Take Two Foods and from home delivery service MilkRunÔ in several locations, and in the near future from Amazon. They can also purchase Take Two Foods’ four barleymilk varieties in many natural foods stores on the West Coast from Seattle to Los Angeles and in Idaho, as well as in some large grocery stores, including Whole Foods. As sales growth continues, Take Two’s future plans include targeting markets in other areas known for enthusiastic support of non-traditional healthy foods, including the Northeastern states, then leveraging the success of barleymilk in those locales to generate interest in other areas of the country.

“For those people interested in eating healthier foods,” points out Sarah Pool, “the entry to plant-based eating is often through plant-based milk. That helps drive plant-based foods into the mainstream market, impacting the health both of consumers and of our shared environment.” -PW 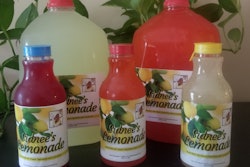 Two Better-for-You Brands Get Free Closures for a Year 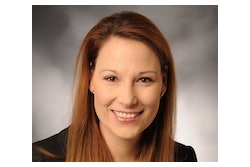 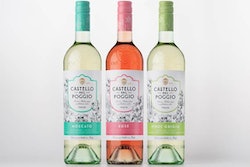