For food and beverage consumers, sometimes convenience can come at the cost of environmentally responsible packaging. One notorious example is coffee capsules for single-cup brewing systems. In fact, it has been reported that John Sylvan, inventor of the Keurig, even said, “I feel bad sometimes that I ever did it.”

Coffee capsules are traditionally made from plastic and/or aluminum that are unable to be recycled. In 2018 alone, it was estimated that 56 million coffee capsules went to landfill. But that is gradually changing, as coffee companies and packaging suppliers introduce alternative materials that allow for partial recyclability, biodegradability, or composability. Some have also launched programs to collect used capsules for disassembly for recycling or upcycling.

In the U.S., most of this innovation has been around compostable coffee capsules designed for use with Keurig K-Cup systems from Keurig Green Mountain, Inc.—the best-selling brand of single-cup coffee brewers in the country. These new capsules replace petroleum-based plastic capsules with bio-based materials.

In Europe, however, the challenges have been more steep, with a number of different coffee systems on the market, including a variety of machines from Lavazza and Nespresso, that have very unique requirements, especially for those systems brewing espresso.

In January 2019, century-old coffee roaster Covim, of Genoa, Italy, launched into large retail stores a line of coffee products, Natural Elements, in a 100% bio-based, industrially compostable capsule that is compatible with Nespresso and Lavazza A Modo Mio espresso brewing systems. It also made the packaging available to its private-label customers. The compostable capsules are the result of a collaboration with packaging supplier Flo S.p.A., which worked with Covim to refine its GEA capsules for Covim’s use and engineer the coffee roaster’s lines to accommodate the new capsules. The bio-based material used for the capsules is Ingeo polylactic acid (PLA) from NatureWorks.

A natural package for natural product

Covim is one the top coffee companies in Italy, serving both B2B and B2C channels, including office, vending, large retailers, specialized stores, online, and HoReCa (hotel/restaurant/catering). According to Daniele Picenelli, Covim Head of GDO (Grande Distribuzione Organizzata, or large retail organization) and Private Label, the company has a turnover of more than 50 million Euros (approximately US$54 million), employs 100 people, and exports to more than 50 countries worldwide.

“Our coffee differs from most of our competitors, because we know the needs of our customers and the markets to which they belong, and we have developed an elective affinity with them over the years,” he says. “We know their consumption habits and the needs of the markets to which they refer—large-scale distribution, vending, HoReCa—enough to develop three specific product lines, each with its own peculiarities.”

Picenelli explains that the environment has always been top of mind for this company, whose activity is wholly based around coffee, “an absolutely natural product, a unique and irreplaceable raw material that requires great respect and knowledge.” He adds, “The care of this particular product has prompted us to direct our actions towards a total attention to the environment and sustainability.”

Over the last several years, Covim noted its consumers’ growing sensitivity around the environment and in response has made significant investments in R&D and high-tech production lines for organic, compostable, and “eco-sustainable” products.

According to Picenelli, the decision to use compostable capsules was made after a long test phase. “We had to find a capsule that, in addition to being compostable, could guarantee an optimal yield in the cup and could withstand without any problem the thermal changes typical of the espresso coffee delivery, as well as guarantee a good machinability on the most sold [popular] machines, this to avoid technical problems and complaints by consumers,” he relates.

Crafting a compostable capsule for espresso

The result of a joint development process between Flo and NatureWorks that began in 2015, Flo’s first GEA 100% compostable coffee capsule was launched in May 2018 for compatibility with the Lavazza A Modo Mio system. It was engineered “to address such market requests for material aging stability, shelf life, oxygen barrier, and a consistent brewing experience where coffee was accurately extracted every time for the best-tasting cup possible.” That’s according to Flavio Di Marcotullio, NatureWorks Global Industry Manager – Coffee, who adds, “This all had to be done with a bio-based, food-safe material that could withstand the high temperatures and pressures involved in brewing.”

As Di Marcotullio confirms, the market requirements for coffee capsules differ quite a lot from Europe to North America. “On purpose, we decided to first focus on more stringent European requirements, where not only heat is used in the brewing process, but also high pressure—on average 18 bar for a Nespresso machine versus two bar for a Keurig one,” he explains. “Furthermore, puncturing is also a key element to ensure a high-quality espresso is brewed every time.”

In October 2019, Flo introduced three new capsule formats in the GEA family that are also 100% bio-based and industrially compostable and are compatible with Nespresso, Lavazza Blue, and Keurig systems. Recent testing with the Accademia Italian Maestri del Caffé (AICAF) has verified that the GEA capsules maintain the flavor and aroma of the coffee for more than 11 months, with testing still ongoing.

While the composition or structure of the GEA capsule varies slightly based on the brewing system it’s designed for, each GEA capsule is made entirely from NatureWorks Ingeo PLA. NatureWorks uses plants such as corn, cassava, sugar cane, or beets to capture and sequester CO2, transforming it into long-chain sugar molecules used to make a range of polylactide polymer pellets. Ingeo is certified for industrial composting systems according to global standards such as EN-13432 (EU) and ASTM D6400-04 (USA).

The GEA capsule body is thermoformed from crystallized Ingeo for heat resistance and is available in both a non-barrier (GEA L.A. BIO) and a barrier option (GEA L.A. BIO2), with the barrier version using a layer of polyvinyl alcohol. The lid is a multilayer structure of Ingeo and paper. The filters are also a mix of Ingeo and paper, but filters are only found in some capsules, such as those for the Keurig K-Cup pod.

“Each system required different designs, but the fundamentals of delivering a capsule that consistently produces an optimally extracted cup every time without aging or shelf-life issues stayed the same,” explains Di Marcotullio. “For example, the Nespresso-compatible capsule required lidding both on the top and on the bottom of the capsule to achieve the perfect brewing experience and accurately resist puncture. These are capsules going into machines designed for aluminum, which has very different deformation properties compared to plastic or even compostable plastic. In a K-Cup-compatible capsule, the body is so large that thermoforming it requires a different design and parameters to achieve the desired manufacturing performance.”

However, the main challenge related to engineering bio-based, compostable coffee capsules, Di Marcotullio says, is finding the right processing window to allow materials to be efficiently run on lines designed to work with very different polymers, such as polypropylene or polystyrene. He adds, “Furthermore, you rely on other components—such as the lid and filter—whose interaction with the capsule body is key to allow roasters to get a turnkey solution that fits on their filling lines and deliver the right coffee experience they seek.

“Finally, let’s not forget that a single-serve coffee capsule is probably one of the most challenging packaging items you can find out there: It has to preserve the quality of the coffee before the brewing process, then it has to deliver the perfect aroma experience during the brewing step, and finally it should also be environmentally friendly.”

The GEA capsule’s eco-friendly credentials include the fact that it is sustainably sourced from an annually renewable feedstock and, according to NatureWorks, has a smaller carbon footprint—around 60% less—than oil-based capsule materials such as PP. Flo also recently achieved four stars in the OK Biobased certification scheme for the capsules. The OK Biobased label, offered by TÜV AUSTRIA and founded by Vinçotte, uses a star system to indicate a certified product’s bio-based content. The more stars, the higher the bio-based content.

Before introducing its Natural Elements line in the GEA capsule for Nespresso and Lavazza A Modo Mio systems, Covim needed to make changes to its packaging line to accommodate the new material. “We had to modify and replace some parts of the machinery, such as orientors, molds, and welders,” says Covim Quality Manager Paola Macoggi. “We also had to recalibrate all the operating parameters of the machine based on the new materials to be used and, last but not least, we had to validate the process from start to finish, finding solutions to adequately test the new products.

“To industrialize the production, we worked closely with Flo engineers to train us and to modify the molds in the initial stages. Today the result is excellent.”

Flo supplies the capsules in corrugated cases to Covim’s Tribogna, Genoa, plant, where they are filled, sealed in a protective atmosphere, and packed in compostable film, after which they are packed in a paperboard carton. The compostable film was added to the packaging in January 2020 to better preserve the organoleptic characteristics of the coffee, Macoggi shares.

Consumers are made aware of the capsules’ compostability through both copy and graphics on the carton, which provide information on correctly disposing of them in urban composting systems. Says Covim’s Picenelli, the composting infrastructure is very diverse among the EU member states. “Italy, for instance, is the best developed and more modern, while Eastern Europe states are still way behind. But the outlook for the future is surely positive: The EU Circular Economy legislation imposes mandatory separate collection of organic waste by 2023 in all EU member states, and this will give impulse to increase and improve infrastructure everywhere.”

Driving Covim’s choice of a compostable solution, versus alternative sustainable packaging options, was its belief that the advantage is connected with the food waste that can be captured and used to increase soil fertility. “Soil is a non-renewable resource that works as a huge carbon sink, and composting is going to be key in the fight to mitigate climate change,” says Picenelli. “If compostable items are bio-based, then the advantage in terms of CO2 emissions is huge, as the carbon used and emitted is renewable with positive impacts, again, on climate change.”

Since it launched Natural Elements, Covim has also created packaging for a number of private-label brands. These include the Don Jerez brand for Italian discount grocer and consumer goods chain Eurospin, Bellarom for German global discount supermarket chain Lidl, and Casa Ali for Italian supermarket chain Ali Group, as well as brands for small roasters, vending, HoReCa groups, and others.

At presstime, Covim says it will begin offering composable capsules for Nestlé’s Nescafé Dolce Gusto and Lavazza Blue brewing systems. It will also launch the Covim Superba capsule, which has been designed exclusively for Covim’s vending sector.

Says Picenelli, consumers have rewarded Covim’s decision to introduce a compostable package to such a degree that the company has decided to increase its number of production lines for coffee packaged in compostable capsules. He says, “Today Covim dedicates an increasingly important part of our production to compostable products.” 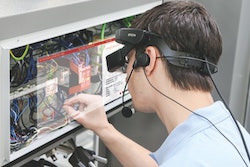 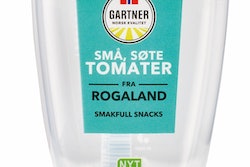 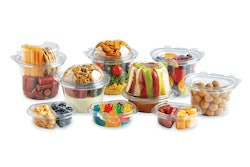