Putting a wrap on shelf life

A new USDA-formulated all-fruit bar achieves impressive shelf life thanks in part to its high-barrier wrapper that was initially developed by the U.S. Department of Agriculture to offer a healthy alternative to traditional military meals.

The patented manufacturing process was recently licensed to Gorge Delights, a manufacturer of value-added fruit products that sells its Pear Bars in the Pacific Northwest. The process creates a bar that doesn’t crumble and stays fresh without the need for artificial preservatives. To give its product the shelf-stability it needed, Gorge Delights turned to ExxonMobil Chemical to provide BICOR® and OPPalyte® oriented polypropylene films.

"The USDA is conducting shelf-life studies on the product," says Julie Stevens with Gorge Delights. "So far we’re getting two-plus years with this wrapper."

Gorge Delights partnered with converter Pak-Sel to evaluate substrates before choosing the adhesive-laminated film structure. It includes Bicor® MLT, with a matte finish on one side, a treated OPP film on the other. It’s married to OPPalyte® MWHB, a cavitated, white, ultra-high barrier, metallized OPP film.

Flexo-printed in four colors, Bicor’s matte finish gives the wrapper a distinctive look, while the OPPalyte provides moisture barrier, as well as protection against flavor and aroma loss. To wrap the fruit bars, the company purchased a retrofitted machine that Stevens declines to identify.

"We’re seeing great results in retail outlets and we’re entertaining interest from NASA and the U.S. military, which would be a great boon to the Gorge Delights line of Pear Bars," Stevens says. 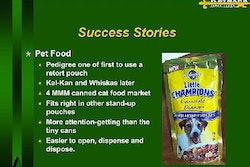 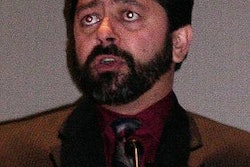 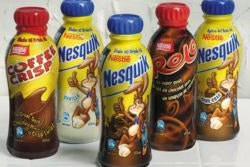