The 2022 IoPP Salary Survey reflects employees that are more confident about their prospects than they were at the outset of the pandemic, thus less risk averse and open to changing jobs. Employers have to pay more to retain already scarce labor.

The annual Institute of Packaging Professionals (IoPP) Salary Survey is always a revealing benchmarking tool. But this year, the 2022 edition offers a particularly interesting snapshot of an industry and a workforce in flux.

After two years of survey respondents telling us they were reacting to pandemic uncertainty by hunkering down, staying put, and avoiding the risk of seeking greener pastures, the most recent crop of responses shows that an increasing number of respondents have recently found, or are likely to seek, new employers. Given an already tight labor market and the more recent “Great Resignation” trend, this pushes soaring salaries even higher, meaning management will have to invest in order to retain talent. Furthermore, it appears those employers are willing to make that investment in employees in younger and earlier age and experience cohorts than ever.

The responses map quite well to the existing packaging workforce milieu and “Great Resignation.” Labor is scarce and hard to retain—that set of circumstances precipitates a wide range of trends.
The biggest takeaway is that the balance of power has shifted away from the employer and toward the employee. One illustration of this can be found in the write-in answers on page 48. When asked what keeps them up at night regarding job security, 23% of respondents said “Nothing,” an unprompted, specific answer that’s reinforced by 84% of respondents telling us they are somewhat or very secure when asked about job security in a multiple-choice question.
Another 9%—again, without any prompting—said “Job Satisfaction” keeps them up at night. If labor were copious and cheap, job satisfaction would be a mere confection, a nice-to-have luxury. But 1 in 10 of the respondents to this survey say job satisfaction is a factor in whether they will stay loyal to their employer. This shows that companies aren’t just competing on salary for labor. They’re also competing on intangibles like job satisfaction, meaning, purpose, and doing good for the world. My PMMI Media Group colleague Sean Riley recorded a recent podcast on this phenomenon, with his workforce expert guest Dr. Jessica Kriegel telling him, “there is a war on talent, and the talent won.”
In this environment, employees are aware of their worth. We’ve seen two years of respondents weathering pandemic-wrought uncertainty by exhibiting a “staying put, hunkering down” behavior, leaning on reliable existing employment, and avoiding the risk of the unknown—in other words, preferring the devil they know vs. the devil they don’t. But in this year’s results, we’re seeing a shift toward new job-seeking and greater risk-taking. In fact, 19% of respondents voluntarily changed employers last year, up from 11% the previous year. Also, loyalty remains high, but slightly more respondents are likely to seek new employment in the coming year (32% now vs. 30% last year), and slightly fewer plan to stay put (53% now vs. 55% last year).
This increased mobility among employees is forcing employers to up the stakes to retain them. The overall average salary reported by the respondents went up to $130,070, up 7% from last year and an all-time high in PW’s reporting on the survey. But the dollar figures aren’t just going up evenly across the spectrum of age and experience. Employers are using a strategy of rewarding promising newer and younger employees with bigger, earlier salary jumps, hoping to lock them in.
It always has been the case (and still is) that the oldest, most experienced, most educated people command the highest salaries. But the fastest pace of salary change by percentage gained is becoming more concentrated in the upwardly mobile youngest age cohorts, and among the least experienced respondents. Over the past few years, IoPP’s Jane Chase and I have often cited “after about the five-year mark” as the experience benchmark after which employees can expect to see the biggest salary gains (watch a video of Jane and I talking about last year's results, this time last year, by clicking here). That’s changed; the biggest jump, one of 23%, is now reported to happen after 2 years of experience, headed into the 3- to 5-year experience cohort.
The youngest and least experienced respondents also are more likely than their older, more tenured peers to be confident about salary gains. This is true both in having received them in the past year, and in expecting to receive them the following year. These younger and less experienced folks are more secure in their jobs, too. The only pay category that appears to correlate more closely with older and more experienced respondents is confidence in bonuses, both in having received one last year, and in expecting one next year.
A disappointing finding in this year’s results was the persistent and growing gender-based wage gap, now up to 22% in favor of men from 17% last year. Much of this stems from the fact that female respondents were largely younger and less experienced than their male counterparts, and we know age and experience correlate with higher salaries. They also aren’t as frequently working as engineers or in corporate management, two higher earning job duties. But what’s unclear is how sticky, or how fixed, packaging’s overrepresentation of younger, less experienced women is. If today’s female respondents represent an up-and-coming age and experience cohort that is soon to make its way into the highest earning positions, then salaries should work themselves out. But if women in packaging stays static, in its current age and experience distribution (even with women being every bit as educated as men), then the gender-based wage gap will persist.

What were the top predictors of a salary? After the obvious job function variable—corporate management makes more than operators on average—the three factors of experience, education, and age are the most accurate salary predictors.

The age and experience distribution of women in packaging is a big factor in the now 22% gender-based salary gap. Women less frequently report their job function as engineering or corporate management, a reality that many programs are working to change via youth programs exposing women and girls to STEM subjects and leadership skills. The good news, as it was last year, is that the survey reflects a younger and less experienced cohort of women—with collectively comparable educations—that should eventually emerge into the upper age and experience echelons they previously didn’t inhabit. But if women remain concentrated at their current experience, age, and job duty distribution, that doesn’t bode well for gender pay equality. It is not clear whether the process of women matriculating into higher pay categories is just aggravatingly slow, or if women’s experience, age, and job duty distribution is stickier, more fixed, than we had hoped and anticipated. Compounding the problem, men report slightly more, and slightly higher salary increase raises.

Not All Packaging Jobs Fare Equally

The overall average salary reported in this survey is up 7% in 2021 (reported in 2022) compared to last year. Last year’s salary was up 6% over the previous year, reflecting a marginal acceleration of salary increase. But not all job functions or demographic groups fared the same.

In-line with the average

As a semblance of normalcy returned in 2021, respondents settled into a new routine in a new normal. With a tight labor market and a 5-year high in job security, more respondents are indicating that they will soon look for alternate employment, and even more are saying that they have already switched jobs in the last year. Now that the level of uncertainty around the pandemic is reducing, the impulse to stick to what you know diminishes and greater risk-taking behavior returns. And with this tight of a job market, and employees in high demand, it only makes sense for them to look.

Economy the Only Big Threat to Job Security 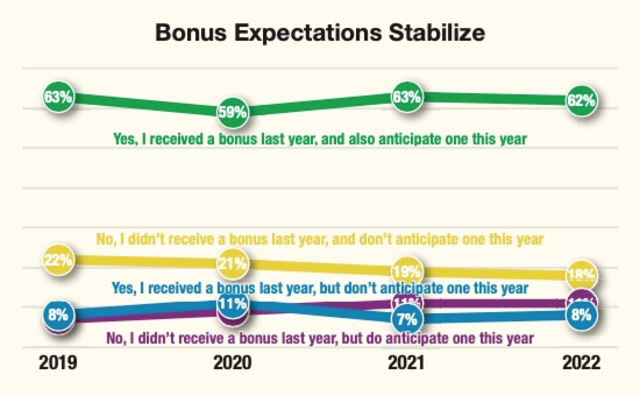 The green blue line (received a bonus last year, expect one this year) dip, combined with the minor blue line (received a bonus last year, but don’t expect one this year) rise in 2020, reflect the uncertainty around the pandemic—responses for that survey were collected just as we entered the pandemic era. This seems to have stabilized, with single percentage-point movement if any between last year’s and this year’s responses (reported in 2021 and 2022, respectively).

Information illustrated in this report is derived from a survey conducted by the Institute of Packaging Professionals (IoPP), PMMI, and Packaging World. Responses were collected between January 26 and April 15, 2022. Of the 644 total responses, 72 who reported their primary business was outside of the U.S. were removed from compensation reporting to avoid currency exchange variables. Another 32 domestic respondents provided no demographic data, leaving a base of 540 highly qualified domestic packaging professionals.

Year-over-year comparisons are made many times throughout this report. Since the self-reported demographics—particularly on job function and industry—remain nearly identical in 2022 to what we saw in 2021, we can be reasonably confident in making comparisons.

However, only a about 41% of respondents in this 2022 installment of the survey also participated last year, and another 18% weren’t sure if they participated. As such, though the demographics are very similar, the respondent set is not identical. Commentary on year-over-year comparisons is intended to be in view of an evolving workforce, rather than a direct one-to-one, apples-to-apples comparison.

PMMI’s Career Toolkit provides resources to help companies address the critical shortage of skilled employees and promote awareness of careers in the packaging and processing industry. The toolkit includes:

• Careers in Packaging and Processing 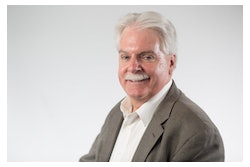 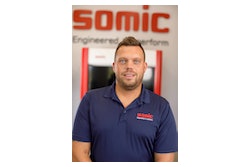 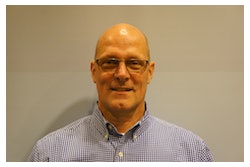