If companies with more women in leadership roles have greater innovation, increased productivity, higher employee satisfaction, and higher employee retention, why are there so few in the C suite?

Keynote speakers Kweilin Ellingrud and Kelly Coyne from the Packaging & Processing Women's Leadership Network's "Financial Empowerment and Fixing the Broken Rung," continue the conversation with OEM Editor-in-Chief Stephanie Neil about the power of parity and accelerating gender equality, while also sharing research from the McKinsey Global Institute (MGI) “Women in the Workplace 2019” report.

Stephanie Neil: Kelly, I was really surprised at the statistic you mentioned about a survey that showed that 95% of companies have no female CEOs and here we are in 2020. Why do you think that women are still not represented in the C suite?

Kelly Coyne: That was from a study done looking at 22,000 companies globally and there are many reasons as to why women aren't moving through the ranks, up the corporate ladder into that specific C-suite position. Perhaps women aren't raising their hand for that position. We know that there's plenty of qualified women to fill C-suite positions, but what is the company doing to either attract women into that position and find the top talent or maybe from looking within the organization. What kind of development pipeline might they have built throughout to have a pool of candidates, both men and women, that would be highly qualified to take that position?

Kelly Coyne: Kweilin, you mentioned some of the research as to why some women aren't raising their hand for some of those senior level executive positions and what kind of culture might lead to it not looking attractive for some people of color, some women, and even some men as well.

Kweilin Ellingrud: One is there's only one in five people who report to a CEO. So members of a C suite who are women to begin with is a very narrow pipeline. And then within that pipeline, when you ask women and men, do you want to be a top executive? Oftentimes the answer is no because the tradeoffs, the 24/7 culture, the intensity of it is frankly not attractive. And so, how do we widen the pipeline so it's more than one in five women at that C suite level and make that role a more attractive role where you can bring your full self to work? Interestingly, when you look at women of color, it's only one in 25 women who report to the CEO. That would be black, Latina and Asian woman all added together. That pipeline is literally little droplets of water.

Stephanie Neil: And why do you think that is?

Kweilin Ellingrud: The drop off between the percentage of the C suite that are women and then the 3% of the C suite that are women of color is really challenging because the entire pipeline is skewed. And women start off at almost half of the entry level roles, women of color about 18% at that entry level, but it drops dramatically by five to 10 percentage points at every promotion level. And that's the challenging part. When you get to manager, senior manager, VP level equivalent, SVP level equivalents, and then finally get to the C suite where people are reporting directly to the CEO, by that time we've dropped off so low in representation that we really don't have a robust pipeline to pull from in terms of talent.

Stephanie Neil: Yeah, and one of the things that I really wanted to touch on is the research that McKinsey has done with leanin.org and the whole broken rung theory. Can you explain what that is?

Kweilin Ellingrud: The broken rung refers to that first promotion to manager from an entry level employee where women make up about 48% across industries, down to 38% of managers. And if you index that and have men's first promotion, if 100 men are promoted to manager, only 72 women and 58 black women are promoted to manager, and it's that differential in the promotion rate that is this broken rung we're describing, and it's such a broken rung that frankly we can't make up for that lost ground in the rest of the pipeline. That's why at the C suite, at more senior levels, we're looking at decades of that compounded. In fact, if you add up that broken rung over five years, that differential between men's promotion rate to manager versus women, generally, and then black woman, that's equal over five years to 1 million missing women in leadership positions. And compounded over time that results in the talent pipeline that we were just describing.

Stephanie Neil: That is unbelievable, that number. Kelly, I want to switch back to you in talking a little bit about investments. You noted that companies with more women leadership have greater innovation, increased productivity, higher employee satisfaction, and higher employee retention. So why is that? How is that measured?

Kelly Coyne: What we have been able pinpoint is that when you have diverse leadership teams in place, specifically gender diverse leadership teams, you see better business results occur at those companies, both quantitative and qualitative. Not that women make better decisions than men, it's that diverse teams, gender diverse teams, make fuller decisions where they have that greater long-term focus you mentioned, they have greater client focus. The results that occur are just incredibly meaningful and affect the bottom line of the organization.

We also see improved profitability and performance - greater return on equity when you have these kinds of teams in place. And most of the research too, to be specific about what teams we're looking at, are focused on the board level positions and the diversity there. And also the senior management team, which includes the C suite, so that identifies companies that might just have the token woman on the board, just checking that diversity box might not be enough. We want to make sure when we're looking at a company, they have a diverse board, but they also just as importantly have a diverse management team because that's how you get the full picture of the company.

Stephanie Neil: When we talk about checking that diversity box, it can't be one woman. What's the percentage of women that should be in the mix to really be classified as a diverse culture?

Kelly Coyne: There's research that talks about 30% or roughly maybe three women on a team as being a tipping point where you see even improved business results take place. I would say the companies that we look to invest in certainly have hit that 30%. Of course we'd love to see 50%. Unfortunately, there's not a lot of companies out there that we would find that meet that criteria, but most of the research likes to see roughly around 30% team gender diversity.

Stephanie Neil: What is the underlying problem here? Is it that women are more likely to sacrifice their career in order to raise a family, or is there a broader systemic problem here in terms of getting a pipeline of women into the workforce and up the corporate ladder?

Kweilin Ellingrud: There's a broader systemic problem. A lot of people, when we first looked at the data thought, well this is just women voting with their feet, right? They're going and they're taking care of their families. No. It turns out that women and men are staying in the workplace at the same rates. Women are just stagnating in role. A woman is much more likely to have been in the role for seven years before getting promoted versus four years potentially for a man, as an example. And women, when you ask women and men, do you plan to leave your company? They say yes at roughly the same rates. And when you ask why is that, is it to take care of family? Is it to leave for another company? They are looking to take care of family also at very similar rates. So I think there's a lot of talk about potentially women leaving the workforce for family that is not born out in the data.

Stephanie Neil: Are there other things going on in the organization? You talk about microaggressions in your presentation. What were you referring to and how does this impact women at work?

Stephanie Neil: Kelly, when we talk about changing a culture, that has to happen at the top. Are there things that we can do as women in entry level or middle management jobs that can foster this more inclusive culture? Is there something as an individual we can do?

Kelly Coyne: Definitely. I think there's a role individuals play at the company to support a stronger culture that supports diversity. I also think you totally need buy in though from the senior management team. I think there's multiple prongs to see successful diversity take place from an individual standpoint. It is your responsibility to create an inclusive culture. Whether that means you're a manager or you're more of a lower level employee, what you can do is have conversations, call things out when you see them take place, some of these microaggressions that Kweilin mentioned, start to bring it to people's attention. Because typically it's not evil people wanting to put anybody down. Often they're not even noticing it.

I think starting to call some of this attention to people's attention will create some changes on the lower level, start to look up to your manager, to their manager, and see where the diversity falls on their priority list. To see big changes at companies, you need the leadership team to have it listed pretty high as something that they want to see change, and so having really good policies in place to support an inclusive culture is important, but then having the culture that actually has the buy in and the employees that are fostering it is critical as well.

Content has been edited for space considerations. To listen to the rest of this podcast, click here. 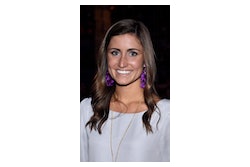 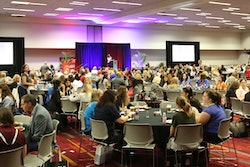 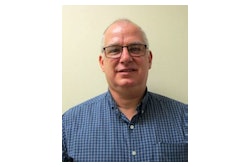 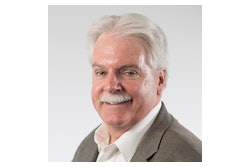