If you’re trying to keep an eye on regulatory programs dealing with the safety and environmental effects of chemicals, it’s hard to know which way you should be looking.

If you focus too much on a voluntary federal program, you could lose sight of a mandatory state program. Today we’ll look at both.

On the federal level, you may have noticed that there’s a symbol on some consumer product labels that companies use to brag about their product being safer for the environment. It’s called the “Design for the Environment” or DfE program and is already on about 2,500 products. Well, the EPA plans to change the look of the symbol itself, in part because you may not have noticed it or understood what it meant. While EPA’s program is voluntary, a set of ‘safer chemicals’ requirements is starting to be implemented in California, and might influence other states.

The symbol is part of an EPA program that reviews products and grants permission for some to use the label logo if EPA determines that “their ingredients and finished product line up on the green end of the health and environmental spectrum while maintaining or improving product performance.”

The agency evaluates a product’s ingredients in comparison with similar products of the same type using “Criteria for Safer Chemical Ingredients and assures that “only the safest ingredients from each class are used.” Many of the products that have taken advantage of the DfE program are liquid cleaners, but the list also includes laundry detergent softeners, floor care products, and other consumer products.

No packaging materials as such have gotten the symbol, but EPA’s DfE standards include consideration of the packaging of a product when evaluating the product’s effect on the environment.

The standards on which products are judged include a requirement “to implement sustainable packaging measures and to improve the packaging profile for their recognized products during the partnership,” says EPA, requiring the company’s primary packaging to be at a 25% level, or higher, in one of six sustainability criteria borrowed from the Sustainable Packaging Coalition. The criteria include uses of renewable energy, clean production technologies, and other considerations.

Washington, DC-based attorney Larry Culleen has helped clients steer their way successfully through the DfE process. He has found the process to be especially interactive and collaborative. “Although EPA has an established set of criteria, the product manufacturer can and often does express its views and discuss knotty issues with the Agency,” he says, adding “It is not uncommon for the Agency staff to provide technical assistance in addressing such problems.”

Meanwhile, California is already phasing in a safer chemicals program that is not voluntary—watch for more developments in the next couple of years, particularly the issuance of a suggested list of Priority Products that will have to undergo an “alternatives analysis.” (So far it looks as if food packaging is not on the draft list.) “The regulations emphasize safer products and healthier lives by reducing and eliminating use of toxic chemicals.”

The California Safer Consumer Products program is a complex 4-step process. The state lists Candidate Chemicals (there are about 1,200). The products those chemicals appear in are evaluated to make a list of Priority Products. Alternative Analyses are then required for those PPs, under which manufacturers or others responsible for the product and the “chemical of concern” that it contains “to determine how best to limit exposures to, or the level of adverse public health and environmental impacts posed by” those chemicals. Finally the government can impose regulatory requirements “designed to protect public health and/or the environment, and maximize the use of acceptable and feasible alternatives of least concern.”

Culleen hopes voluntary programs like EPA’s and their collaborative spirit are the wave of the future, pointing to another long standing EPA program, the Energy Star program, as another example. Such programs maximize environmental benefits while minimizing costs to EPA. But, as Culleen points out, California has in the past been the source of regulatory ideas later adopted by other states—“witness California’s restrictions on volatile organic compounds in consumer products.” And of course even if that doesn’t happen, California-only requirements have sometimes become essentially international in operation—think of Proposition 65.

To keep an eye on these programs, you can see the DfE information at www.epa.gov, and follow the California effort at www.dtsc.ca.gov/SCP/program.cfm. 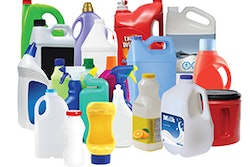 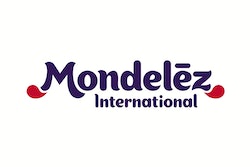 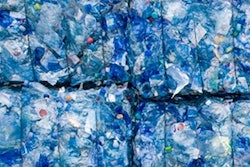 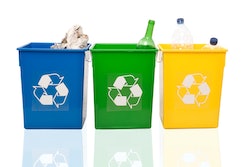