Maine, Oregon, Colorado, and California now have packaging producer responsibility laws. Here’s what you need to know about each.

Packaging extended producer responsibility (EPR) programs are quickly ramping up across the country. In the past 14 months, four states—Maine, Oregon, Colorado, and California—have passed laws, and in 2022, 40 EPR-related bills in 19 states have received consideration. In addition, two bills with producer responsibility language are now under consideration in the U.S. Congress.

As the trajectory for this lawmaking continues, it’s critical that industry stakeholders understand the details and timing of these new laws. Here’s a look at what producers can expect in each state.

In July 2021, Maine became the first state in the country to have a packaging producer responsibility law (LD 1541). The scope covers packaging that leaves with the consumer from the point of sale or is received by the consumer via e-commerce channels. Similar to existing programs throughout the world, the producer, or responsible party, is the brand owner or the sole importer into the U.S. if there’s no brand owner. The law also contains some significant, yet loosely defined, exemptions for sales and tonnage, as well as for salvage and closeout businesses. Beverage containers covered under the state’s bottle bill are also exempt. Exemptions for federal regulated products may be considered later.

In general, many of the statute’s critical details are yet to be defined, and the law’s complexity gives significant power and decision-making authority to the state’s Department of Environmental Protection (DEP), with limited stakeholder engagement. For example, the DEP must use a request for proposal process to select and award a 10-year direct contract to one producer responsibility organization (PRO). The PRO is expected to receive input from producers and others for its annual plan, but that’s not a binding requirement, and the law does not call for an advisory committee to the DEP or PRO.

The DEP will approve several important actions submitted by the PRO, including its initial needs assessment and annual reports and investment budgets. The DEP also will define “readily recyclable” packaging material in the initial regulatory phase and then again annually. AMERIPEN anticipates that packages that are sortable in Maine and have a positive market value are likely to be key drivers, and for materials to gain or lose recyclable status will be specified.

In comparison to some of the other bills currently in debate, program and recycling goals are undefined in Maine’s statute, but the law’s language strongly suggests that the DEP has the authority to decide them. While AMERIPEN is not in favor of the DEP defining rates and dates via regulation, if the DEP proceeds, we will advocate this only be done after the statewide recycling needs assessment is performed.

Producers will fund 100% of Maine’s existing recycling system, and fees will be set by volume—either by weight or by units. Readily recyclable products will pay less in this structure. The PRO will develop, and the DEP will approve, an eco-modulation (fee adjustment) formula based on recycled content, source reduction, litter reduction, access and recycling rates, and where the material is performing in the recycling system. Additionally, the PRO will fund infrastructure development in Maine, but all projects must be approved by the DEP.

Overall, Maine’s timeline is much slower than the Oregon and Colorado laws that will have more direct PRO and industry stakeholder involvement. The first producer payments won’t become due until 2026, after all rulemaking is final and the DEP selects a PRO.

Several weeks after Maine, Oregon became the second state to establish a packaging producer law (SB 582). Different than Maine, it covers not only packaging, but also paper and food serviceware, with exemptions for beverage containers covered under the state’s bottle bill and for specific product types and materials and small producers. Like other existing programs, producer responsibility falls on the brand owner, the licensee of a brand or trademark, or the first importer into the country; however, Oregon’s bill was the first to contain a more precise definition of an e-commerce packaging producer.

Unlike Maine, Oregon allows for one or multiple PROs, if submitted and approved by the Oregon Department of Environmental Quality (DEQ). PROs in Oregon are responsible for setting and collecting membership fees and submitting plans to the DEQ for review and for ensuring that covered products are recycled.

Another distinction in Oregon: While the law itself covers all materials, the law establishes rates and dates specific to plastics only among the program’s goals. California’s law takes a somewhat similar approach, but for a different reason.

Producers are required to belong and start paying to a PRO by July 2025. Because of the way recycling and commodities are commingled in Oregon, industry will be paying for a mix of residential and commercial recycling and funding for about 30% of an expanded recycling system in the state, rather than the 100% in Maine. Membership fees will be set by the PRO, and eco-modulation is expected under the law. Monies will be used to fund ratepayer protection, contamination reduction programs, expanded recycling collection access, waste prevention and reuse grants, rural and distant community freight costs, PRO and DEQ administrative costs, and educational resources.

Arguably, the industry has a better seat at the table in Oregon than in Maine. While not all packaging companies will be PRO members, they will be part of a 17-member advisory council to the DEQ and PRO, and the council cannot adopt any recommendations without a majority vote. Oregon’s governor appointed AMERIPEN to a three-year term on the council.

Signed into law on June 3, 2022, HB 22-1355 established Colorado as the third state with a packaging producer responsibility law, headed by the Colorado Department of Public Health and the Environment (CDPHE). The department must designate a single PRO to develop, implement, and manage the program for covered products, which includes all consumer-facing packaging, regardless of recyclability of the material, and printed paper. Starting July 1, 2025, producers must participate in the program or discontinue selling covered products.

Similar to Maine, the Colorado model initially calls for a single PRO. However, beginning January 1, 2029, other non-profit PROs can request to be a part of the program. The first task of the PRO is to conduct a needs assessment and use the findings to develop three cost scenarios for reaching statewide recycling goals.

An important distinction of the Colorado law from other bills is that the PRO’s scenarios flow through the CDPHE executive director to the joint committee on budget at the legislature, which can approve one of the scenarios to be implemented by the PRO or decline all three. If the committee approves one of the cost scenarios, the plan will be implemented and will need to be resubmitted every five years. If the committee declines the scenarios, however, the legislature must establish an entirely new bill to direct the PRO moving forward.

Like Oregon, and arguably even more so, the PRO in Colorado will have more decision-making authority. It will directly contract with recycling service providers, haulers, processors, and local governments that provide recycling services. It will determine readily recyclable parameters, and it will set minimum recycling collection and minimum recycled content rates. The PRO also is responsible for educating Colorado residents and expanding recycling services to non-residential communities by 2028.

As in Maine, Colorado producers will pay 100% of the cost of the system, which is stipulated in the law. But AMERIPEN is concerned that costs in Colorado could conceivably far exceed those in Maine, for instance, because Colorado’s current recycling infrastructure is far less developed. The law defines “producers” as brand owners or the company named on the packaging. For unmarked packaging, manufacturers or the first distributors into the state are considered producers; for internet sales, the company that packages and ships the product is responsible. A small business exemption is allowed for companies that gross less than $5 million annually. The fees will be based on the amount and type of packaging or paper that they use, and an eco-modulation toll will be used to incentivize producers to use less packaging or other types of packaging that are more recyclable.

On June 30, 2022, California became the fourth state in the nation to enact a packaging producer responsibility law with the signing of SB 54. The weeks and days ahead of the bill ultimately becoming law were very tense as negotiations were directly tied to removal of a plastics-only initiative that had qualified for the November 2022 general election ballot and would have imposed up to a 1-cent fee on single-use plastic packaging. Enactment of SB 54 ultimately did result in the ballot initiative being pulled.

The new packaging producer responsibility law is broader than the initiative, encompassing single-use packaging for all types of materials, as well as plastic food serviceware. Like Colorado, the program will begin with a single PRO; additional PROs may be permitted after 2030. CalRecycle, one of the state’s environmental agencies, will have very strong oversight of the PRO. The agency, rather than the PRO, will conduct a statewide recycling needs assessment through a third party and decide several other parameters of the program via rulemaking.

The new law has several components not present in the three other new packaging producer responsibility laws and are concerning to AMERIPEN to various degrees as other states continue to explore this issue. All covered materials must be recyclable or compostable by 2032. All plastic covered material must be recycled at a rate of 30% by 2028, 40% by 2030, and 65% by 2032. Also by 2032, producers, under coordination of the PRO, must source reduce covered materials 25% by weight and 25% by number of plastic components. The law specifies restrictions on how producers and the PRO may ultimately achieve the required source reductions that AMERIPEN believes may be very challenging for some. Producers of expanded polystyrene (EPS) food serviceware must demonstrate recycling rates for all EPS of 25% by 2025, 20% by 2028, 50% by 2030, and 65% by 2032.

Finally, the new law establishes the California Plastic Pollution Mitigation Fund that the PRO will pay $500 million into annually for at least 10 years. The PRO will collect these funds from producers paying into the program, and may collect up to $150 million of the total amount from plastic resin manufacturers that sell plastic covered material to producers participating in the PRO. The mitigation funding, through various state agencies, will pay for the monitoring and mitigation of plastic pollution, with a priority in low-income, disadvantaged, and rural areas.

Like Oregon and Colorado, California’s law establishes an advisory board, made up of 16 members that will work with CalRecycle and the PRO to review the needs assessment, program plans, and recycling rates and to offer other technical assistance. Producers will be required to belong and start paying into the PRO by January 2027.

Suffice it to say, packaging producer responsibility has officially arrived in the U.S. and is likely here to stay. In addition, the four laws we now have are not alike and could become even more divergent as rules and regulations are developed and implemented for each. Add into that AMERIPEN’s expectation that even more states could enact their own unique and potentially challenging laws before something possibly gels at the federal level, and producers of covered materials and products are going to have their hands full with learning about and complying with new requirements. AMERIPEN will continue to be at the forefront of educating its members and advocating on behalf of the packaging industry writ large to ensure any current and new packaging producer responsibility laws are as reliable, efficient, equitable, and as fair as possible. 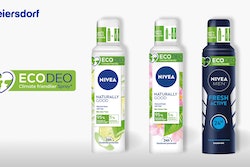 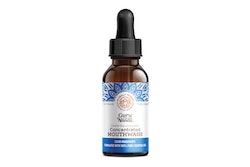 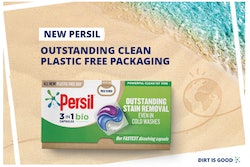